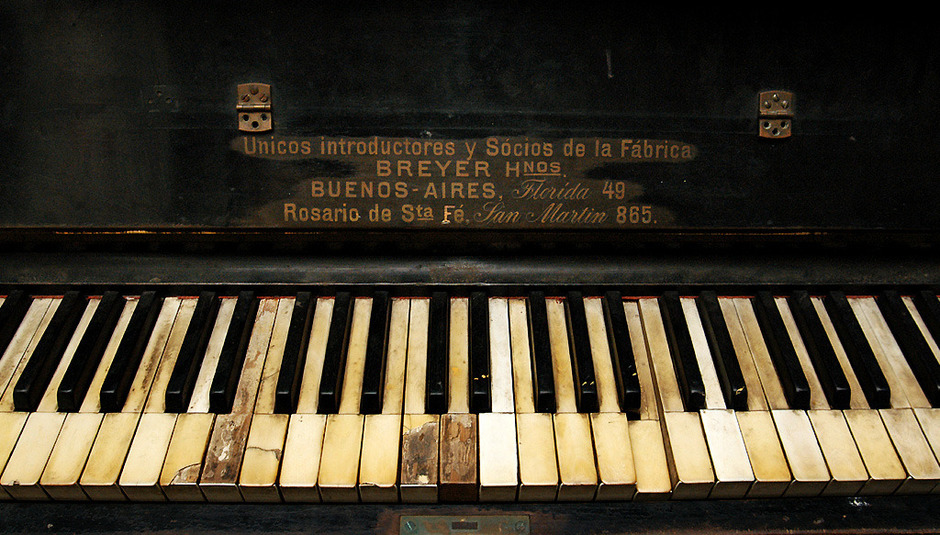 All our instruments are broken, warped, out of tune, out of alignment, and generally clinging on for dear life. The first guitar I bought when we were first signed in 2001 was a 1963 Gibson Dove, and I’ve written every song on it since. It’s also been brought along to every show we’ve ever played and is, as my dear departed grandfather used to say “In a right old state.” The top has been split 3 times, the pick guard is disintegrating, and you hear a great deal more buzz from the pickup than anything else. This, to me, is the perfect situation.

Some people remember fondest the first time they kicked a field goal or their first snog behind the bike sheds, but for me my fondest memory is the first time I saw Willie Nelson’s guitar.: There are few things in the world that can match the beauty of these two objects.

The instrument is an extension of the musician, and there’s nothing more suspicious than a musician playing a clean guitar. “I’m going to love you ‘til the wheels come off” as the great man once said. A large problem with the digital era as it seems to me, is that nothing knows how to rot. It either works perfectly, or it stops working entirely and you have to download a new “improved” version with “Bug Fixes”. I know you can artificially detune midi instruments but nothing sounds the same as good old fashioned wear-and-tear. I like the Bugs, and there are a great deal living in my piano at home. Sometimes, on a warm night, if you turn the microphones up real loud, you can hear them all singing along. I don’t know who’s idea of a good time it was to make modern studios look the way they do, but I can guarantee their music is as soulless and sterile as the room they made it in.

Of all the studios I’ve ever seen, nothing has ever matched the romance and mystery of Lee Scratch Perry’s Black Ark Studios in Kingston, Jamaica. Mud on the walls. Bizarre ceramic owls. Bloodied tambourines. The guy knew how to create an atmosphere and his music bears testament to that.

Time Stays, We Go is out now. Read the DiS review here.

The Veils are currently on tour and play London's Scala on Tuesday July 9th, before heading to New Zealand and LA.