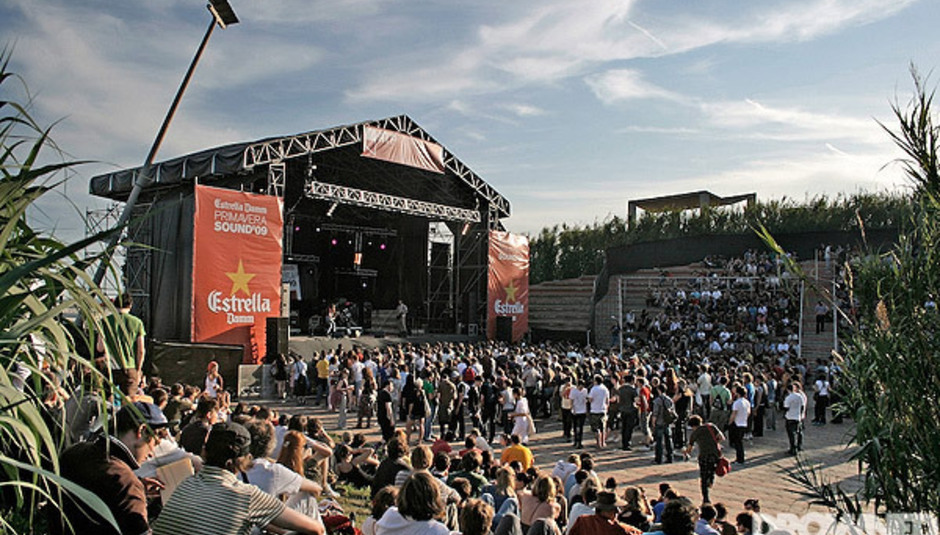 If our Twitter and Facebook feeds are anything to go by, the boards are the heartbeat of DiS, and as such you’ll be able to find a far more exhaustive preview (and in the future, dare I say, review) than I could ever hope to produce over there. Nonetheless, I’ll be going out there pretending to be a real grown up music journalist type on Wednesday 22nd May, and given Sean, Andrzej et al are expecting me to write some stuff then I should probably turn in a preview myself.

In order to contravene the hipster image of the festival (as always, every band mentioned in a web comic purporting to mock the P4K intelligentsia is playing this year) I’ll be referring to a colour-coded spreadsheet to bring you this preview. There’s a bunch of bands still in amber that I’ll be relying on the comment section, as the advice of fellow DiS contributors Sean, Dom Gourlay, Krystina Nellis and Jordan Downling to turn to green.

I reviewed Wild Nothing’s new EP Empty Estate for another magazine and gave my first ever 10/10 for a new release. They’re where we’ll be starting the festival, with fully-established indie monoliths Dinosaur Jr., Deerhunter, Phoenix and Animal Collective to follow well into the morning. Between the first two, Tame Impala and Metz will be vying for our attention before Fuck Buttons, Menomena and Grizzly Bear go head to head to just after midnight, with the former standing well ahead at the moment. With a good 25 bands worth seeing over the three days the clashes are brutal so Four Tet, who has just re-released his wonderful Rounds, is likely to miss out against the wonderful band from Versailles.

Kurt Vile is a relatively low-key warm-up for the pounding our ears are set to take on the middle day, when The Jesus and Mary Chain are followed by Neurosis although Daniel Johnstone and Matthew E. White are alternatives if it all gets too much for my stomach. With any luck I’ll still have enough about me to decide between headliners Blur (whose penchant for playing earlier stuff weighs heavily against them) and further punishment from Swans (I'll be watching Glass Candy on my own then! - DiS Ed). Titus Andronicus are on at 2.55am, but my bed may be calling by then.

Nils Frahm or Mount Eerie to begin with? The rest of the day pretty well picks itself, with Melody’s Echo Chamber and Dead Can Dance an amuse-bouche for Wu Tang Clan (nudging out Dan Deacon thanks to, let’s face it, kitsch value), Liars, Nick Cave and My Bloody Valentine. The last of these is pretty much the best live band around these days, striking a perfect balance of critical credibility and, in these parts at least, being something of a big deal. The timings do mean that DiS will be missing Crystal Castles and Omar Souleyman this year, but quite frankly only a surprise set from Bowie could tear us away from this one. Hot Chip to finish 3.50am.

So yeah, I can’t do creative ways to say that this is an exciting line-up. I promise the reviews and the Tweets will be better than this, once I’ve had time to considerately appropriate some Malcolm Tucker quotes into something positive and festival-y. Oh and if anyone has any tips for staying awake until 5am that don’t involve all of the Relentless in Barcelona then PLEASE let me know. To keep your appetites whetted, here’s my video preview.

"More bands should split up"