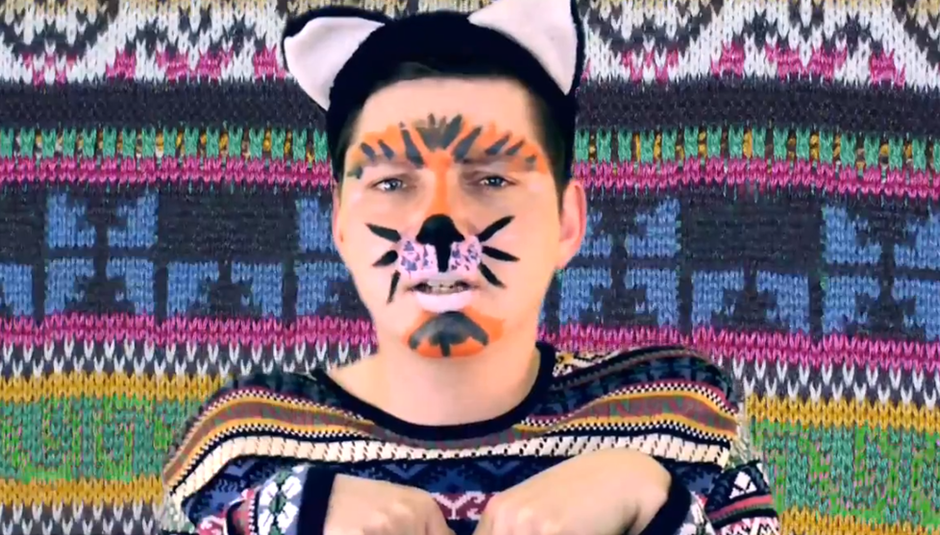 Sweet Baboo's swampy paean to impetuosity has been built for the precise edification of the part of my brain that likes Timber Timbre, Chris Isaak and the brass section of SFA records. It is bombastic and not entirely serious and it has a slurring jollity - even though it is about escaping domesticity. By all of which I mean; this appears to be a song about how utterly boring life can be when you throw your lot in with someone else and discard all the spontaneity of early romance; it has lines about how Sweet Baboo is pleased that you categorise his life into 'little tiny piles', even though he still wants you to go and do something crazy - even though that's not How You Live. It also has a pleasingly original and internet-now video, that marries campy memes and real feelings even though you really shouldn't be able to do this. Basically, I put it on and then just grinned at it for the whole of its nearly-five-minutes.

Fat White Family (a good band name, if ever I heard one) have a video you can smell from here, with a gluttonously spread banquet table not dissimilar to the one out of Pan's Labyrinth - it has that film's shivery, Daddy Don't Make Me Watch It Again air. I like how you can tell that a lot of corpsing must have ended up on the edit room floor, and how Fat White Family have chosen to show us a young man promoting his art via the medium of 'being slapped about the face with a dead octopus'. So let's have more of This Sort of Thing; let Fat White Family play their music all po-faced, even though the ickily-titled 'Cream Of The Young' is a doom ballad that is always a dead pig's snout away from bursting out laughing. Because this is a brilliantly macabre lullaby - sung over a shonky casio metronome, full of nasty asides about druggy co-dependence.

If you have ever had a religious experience watching Caribou you will know: you do not ignore an email from their drummer when he says he has a new solo/collaborative project. Especially when it is as persuasively wonderful as Pick A Piper appears to be, and has John Schmersal singing in a gentle falsetto all over it. You see, 'All Her Colours' is everything you would expect from someone at the centre of Caribou's circular stage formation, it being the kind of insanely propulsive and downright kind-hearted clatter his regular musical family are known for. 'All Her Colours' has more purpose than anything else this week and it's pretty in the best and least sickly way, and it's worryingly urgent, and just wonderful.

The best way to listen to any Nick Cave single is to imagine he is singing it to you and no one else, in a small room. Maybe one with a chequered floor, with a shuffling little man and red velvet curtains. And one minute he is on the stage; and the next, you blink and he's singing directly into your ear - close enough for his breath to make your neck hair move. I mean, even when he's not singing a story song, Cave is one of music's most unreliable narrators, his is rock's Tarquin Winot and I still love that. Gaspar Noe - what directed (AIIIEE) Irréversible - done the video, in which we follow a shadow into the woods - either because we have to, or because we're just about to do the shadow in. All in all, as lovely and menacing as you might expect.

Du Tonc's low-slung and breathily-vocalled disco single is built around an echoing single note. And it will appeal to those of you who think The Rapture could have done with a few more glitter curtains. I think it's marvellous.

With a sweet spot for Kano a mile wide, it does not surprise me to find my woman-mind responding in all the dreadest and most squirmy ways to this absurdly croony pop single. I expect I should be embarrassed, and I will admit; I do worry about how manipulatable a person must be, if Him off of The Voice and Kano in a tweedy blazer is enough to make them giggle nervously. But then I remember just how utterly straight and ruddy boring I am, and how pleasingly quickly one's brain can revert to its teenage self when faced with some calculated swagger. Sorry everyone.

Wendy is on the internet, here. How uckfing amazing is this? COR.