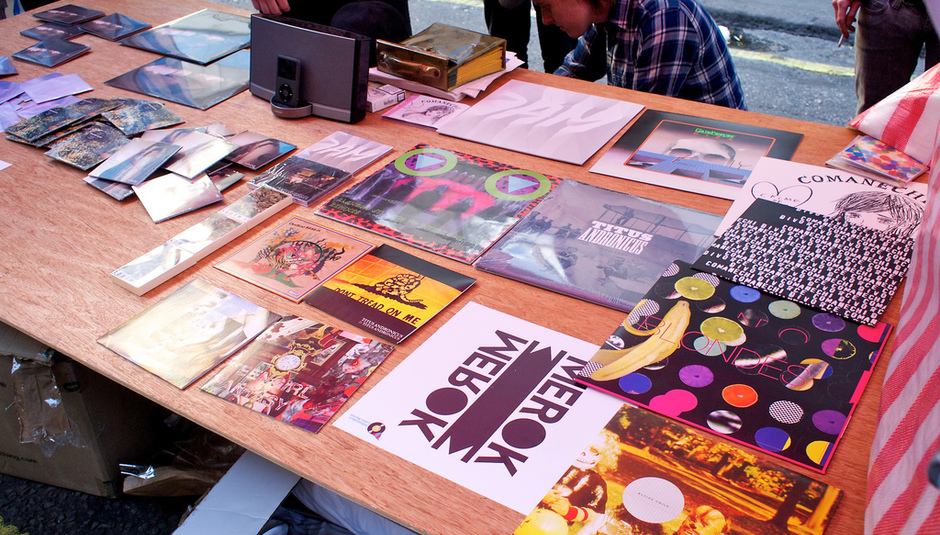 Earlier today on Twitter I saw a discussion going round centring on how difficult it is to find out when a single's release date is. And while a 'discussion on Twitter' isn’t normally the best foundation for, well, anything, it reminded me about something I’ve been meaning to write about for a while now. Namely that singles, as most people think of them at least, don’t really exist any more (or are, at the very least, on their deathbed).

Think about it for a second: if a track gets put up on YouTube, is that automatically a single? Probably not, right? Ok, how about if it’s put up for sale on iTunes at the same time? That’s a cautious 'yes, that’s a single', but then that swiftly turns into a 'ah, probably not' if it turns out that track isn’t being taken to radio. Confusing, isn’t it?

Online the concept of singles really has no meaning. If a song is online – and when I say online I mean streaming or available for download somewhere – then it is 'out'. If you have to prescribe a release date to a track then look no further then the upload date on the SoundCloud/YouTube page. And guess what? A track can appear online for free, and then at a later date be up for sale. In an ideal world most of the time there wouldn’t be a delay on that (and for a lot of tracks there aren’t), but for a lot of reasons like delivery schedules, production deadlines and radio impact there quite often is.

Ah yes; radio. This makes all this a bit more complicated.

To say that radio is still locked in to the old way of dealing with singles would be overstating things somewhat, but generally speaking (and I’m talking about UK radio here) it still works a playlist format that was devised back in the day of the CD single (if not before). So you have a roughly eight-week single campaign leading to what used to be the single release date, but is now commonly referred to as the 'focus date' or 'impact date', because quite often the track is actually available to buy already – either just as single, or as a single track purchase from an album that’s out already.

So pretty straightforward? You premiere a track, it goes online streaming and for sale digitally, the radio campaign starts and reaches a focus some eight weeks later. Except… if you want to have a 'hit'. In some situations.

Look, I said this got complicated.

The thinking goes – and it’s sound thinking – that if you want to make an impact on the charts (and whether you want or need to do that is a whole other discussion) then you don’t put the song on sale until your focus date, so that you get all your sales in one go as opposed to building over several weeks, and you make a bigger impact. This makes everyone happy. The other factor to take into account is that by putting a track on sale you’re showing your hand – people can look at the singles or iTunes chart and actually see how it’s doing, meaning that any spin you’re trying to put into action to, say, get the track onto the playlist can be null and void. 'The track is reacting amazingly well' doesn’t ring so true if someone can check and see you’ve sold 32 copies of it but then maybe it would react well if it got onto a playlist. The Catch-22 of radio plugging.

But then of course, if you’re Lady Gaga/Justin Bieber/etc you can quite happily release a track at the same time it premieres (the oft. mentioned 'on air on sale') and it’ll all work out. Success gives you flexibility, and if you’re not playing the chart game you can enjoy that flexibility as well – it’s just if you’re stuck in between those two camps where it gets tricky.

What this all boils down to though is that singles don’t mean anything… except if you’re talking about a 7-inch. I think we can all agree that that is a single, can’t we?

In conclusion: if it’s out on a bit of vinyl, the lesser spotted CD single or a maybe even a multi-track digital bundle then it’s a single (and by it’s very definition has a proper release date). But these formats are a dying breed. If not, it’s a track which may or may not get taken to radio, given a 'focus date' and put on sale but doesn’t need to pretend to be anything other then a piece of music. Welcome to 2013.

David Emery is Head of Marketing for Beggars Group. "Singles Are Dead" originally featured on his blog. You can follow @DavidEmery on Twitter.

"Everybody’s had one person die; I ca...