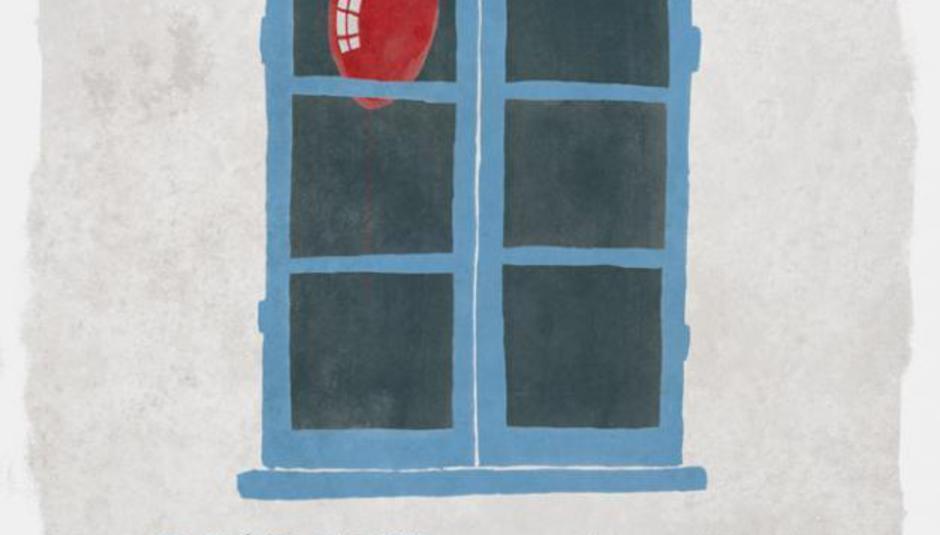 We got some of the artists involved to talk about their first encounter with Tim Hardin's songs and what his music means to them...

I still remember and treasure the exact moment I was listening to Tim Hardin’s song 'Black Sheep Boy' and had the idea to make an album based around it and somewhat tangentially based around my impressions of Hardin. It resulted in my favorite Okkervil River album up until that point, so Tim Hardin has always been a treasured artistic totem for me.

At the time I was writing Black Sheep Boy [the album], he became one of those artists you become such a super-fan of that you feel like you’ve begun to know them personally, like they’re hovering over your shoulder, like they’re your best friend. None of this was true, of course, but it crazily felt true to me at the time. Of course, you move on and you discover new artists to become obsessed with, and you even stop listening to the old ones for awhile, but you still know them and they still know you. They’re like your high school girlfriend who knows all your secrets. I’ll stop talking in the second person...

I was sitting on my bed with this girl and it was this unspoken thing that we both knew our relationship wasn’t going to last, that in fact it was going to be totally over really soon. This was after I’d recorded Black Sheep Boy, and I put on 'It’ll Never Happen Again' and told her this was the song I kind of wished I’d covered instead. I just put the song on because I liked it, but as we sat there and listened to Hardin’s sad, perfect piano-driven version, it started to fill the room like this sad, salty fog. I immediately felt bad I’d made her listen to the song, and after it was over she said, “Well, now I feel really, really depressed.” Before that moment, the song always made me feel warm, in the way that Hardin’s saddest songs always had some soft comforting inner glow, but, after that listening, the song was colored and it felt burdened and I didn’t like to listen to it anymore. When I was asked to contribute to this album though, I decided to cover it, out of allegiance to the past version of me who existed in the instant I put the song on for that girl, the me who was warmed and lulled and comforted by it.

I've always been haunted by the devastating voice and beautiful songs of Tim Hardin. I can't imagine anyone hearing him and not feeling the same.

‘If I Knew’ - I have always been drawn to this particular track. It is a deeply interior song that had initially seemed incomplete in structure but always fully complete in its emotion and intent... the struggle for completion, the longing to become, the faltering hope. The structure actually serves the lyrics perfectly. A song striving to be...a man striving to become. A plea to find one's place. A human condition song. A song for everyone.

I first came across the music of Tim Hardin when I'd moved back to my hometown after a failed stint at city life. My room mate at the time owned a little record store in town, and showed me "The Blues Run the Game." I recall immediately figuring out how to play the song, and would do a proper cover of the song some five years later as a part of a collaborative project I leant my voice to called Headless Heroes. When I had the opportunity to cover another of his songs for this collection, I was glad to again dig around in his repertoire and find another gem to sing. Not a hard task to do, when every song offers an honest & beautiful sadness.

Tim Hardin was a friend of Lenny Bruce. 'Lenny's Song' was written as a mark of sadness and anger over the outspoken comedian's death. Renowned for his dangerous and critical form of comedy which integrated politics, religion, and sex. Sparse and simple, the music box encapsulates the sadness and emptiness felt whilst at the time echoing the world of Lenny Bruce's former wife and stripper 'Hot Honey Harlow', mentioned in the song lyrics.

Tim Hardin has written so many classic songs, and we thought it would be interesting to have a go at a song that had already been covered by many artists and try to give it a different feel. There is a sadness and an insecurity to 'If I Were A Carpenter', questioning the love of someone close and hoping they are going to remain close to you through everything, whether you are rich or poor. We took it in a heavier direction to give it a dark and possessive feel. Lyrically the song is quite strange to sing from a modern day perspective but the female-led vocals put an interesting spin on the otherwise quite domineering themes found in lines like "carrying the pots I've made, following behind me". We found ourselves picking the lyrical content quite loosely to explore the song from a different angle.

Throughout Tim Hardin's melodies and lyrics there is a weight of emotion and a rich seam of melancholy which endures the test of time and makes them just as relevant today as when he wrote them, if not more so. We originally had wanted to cover ‘Reason to Believe’ and actually started to do a version of it until my hard drive died and the whole session was lost forever. By chance I was listening to Marc Riley on the radio that evening and out of the blue he played ‘It’s Hard to Believe in Love For Long’, which I hadn’t heard before. I took this as a sign from above and emailed the song straight over to Erland. He recorded a beautiful acoustic rendition to which we then added keyboards & Hannah added strings and trombone. Fleshing it out with our own intro and extending the end section. We tried straight from the off to make our version different enough musically from the original but still being faithful to the heaviness of the subject matter in the lyrics.

'I Can't Slow Down' embodies the very fabric of the blues mythology. Tim Harding evokes the spirit of the crossroads as a purgatory of the vast American landscape, most likely best known from Robert Johnson’s work. Harding’s strumming is brilliantly fierce and energetic on his recording. We thought it would be interesting to cover this song, because of the purity it inhabits, and because the desert as a trope holds the opportunities of the clean sheet. Covering someone else’s material is, for us, mostly exciting if one can make something new of it. Something that’s not just a lesser version of the already existing. We tried to do this by obviously slowing down what can’t be slowed down, and leaving it in just one key evading the blues chord progression. Nils Gröndahl (of Under Byen) wrote and performed the string arrangement, which adds a dramatic tension corresponding nicely with the lyrics. The strings work as a sort of parallel narrative that threatens with fatal assassination, just like the mysterious plane in the crossroad scene of Hitchcock’s North By Northwest

I must admit, I came to Tim Hardin fairly late in the piece. I guess you grow up with Dylan and that can lead you to explore the other Greenwich folksters of that era, Karen Dalton, Fred Neil etc. But there is something much more difficult about Tim Hardin, he takes a bit of getting used to but 'Red Balloon' was track that turned me into a fan. 'If I Were A Carpenter' and his syrupy voice could be a misleading introduction to an artist who can lyrically pull the rug from under your feat with some really dark shit (see 'The Lady Came From Baltimore') and can also be melodically obtuse. We ended up choosing 'Don't Make Promises', which while still slightly depressing, is nonetheless a jaunty tune. The original reminded me of The Lovin' Spoonful (I just realised it's that same producer!) but Luke had less earthly intentions for the arrangement than mid '60s folk rock. Instead we gave it a cosmic-space-church-gospel-tripper treatment.

I'm really only discovering Tim Hardin now after years of hearing friends and musicians talk about him and the influence his music has had on them. Having heard so many of my heroes speak about him I'm sure his music must have influenced mine by that lovely process of creative osmosis whereby ideas filter through from one musician to the next. I promise to make an effort to listen properly from here on in. It seems like there are lots of gems to be discovered.

'Part of the Wind' struck me as a song I could get away with singing in my own way which was why I chose to record it and Mark Brydon's production gives our version a bit of a different feel to the original that was fun to play around with. I hope Tim wouldn't mind the changes too much.

My father is a folk musician and I'm pretty sure I first heard Tim Hardin through him as a kid. But I don't think I really started listening to him until I was in my early twenties. I kept hearing his name everywhere. All kinds of people were and citing him as an influence in interviews and talking about him articles about the 60's folk scene and stuff like that so he was always at the back of my mind. Then I remember hearing 'Reason To Believe' on the radio and I was hooked. I went straight to the record store(as you did in those days) and bought his first album and devoured it. 'Misty Roses' is one of my favourite Hardin songs and it has a chord movement that is fun to play around with so that is why we chose to cover it.

Reason to Believe is out this week on Full Time Hobby.