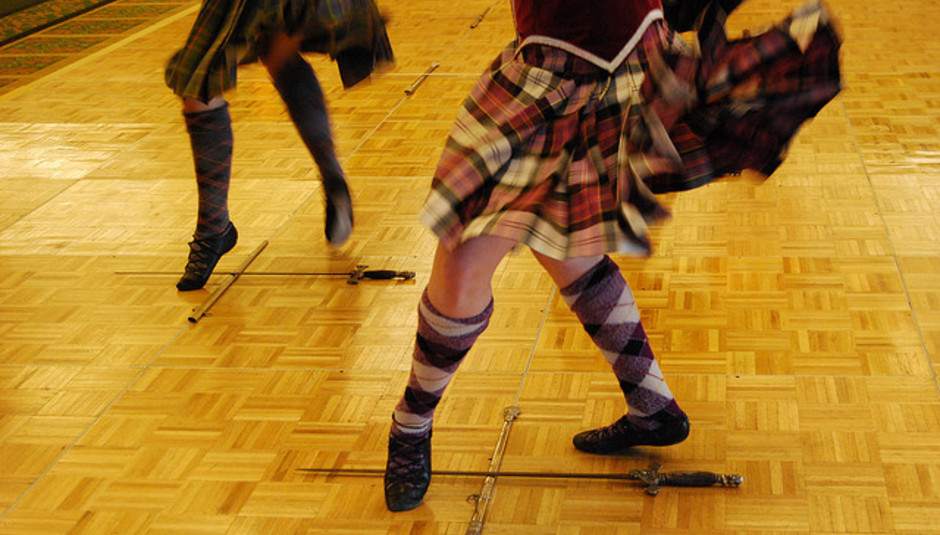 Good day to you and indeed, if it's not too late to say (it's still January, after all) Happy New Year.

There's plenty to look forward to in 2013 so let's just blast into it, shall we?

Glasgow's (well, Glasgow/London's) Golden Grrrls are at last releasing their self-titled debut LP on February 22nd. Why is this exciting? Here's why:

They're playing shows throughout England before an album launch in Stereo, Glasgow on the release day.

Stanley Odd release their new single, 'Carry Me Home', on January 21 (hear it here ). They've got a big show at the Old Fruitmarket, Glasgow, as part of this year's Celtic Connections festival on January 23 too.

Cuddly Shark's new album, The Road to Ugly, will be released on Monday, January 28. It's probably the only album I've ever seen which comes with a pocket mirror. Sold.

Washington Irving have a new single out on February 4. 'Holy Company' will also be available in advance at their Celtic Connections show in Glasgow's Oran Mor, with Olympic Swimmers, on January 19.

Kid Canaveral's second album, Now That You Are a Dancer, will be released on March 4 on Fence. They've already set up some launch shows, with two in Glasgow's Glad Cafe on March 1 and 2, then gigs in London, Wakefield, Paris, Dundee (March 16), Manchester and Cardiff.

Not just one, but two EPs are on their way from Galoshins on February 4. Let's enjoy this fabulous description from the Armellodie press release,'furiously buoyant whirlwind of psych, prog, freakbeat, aggro-pop, whatever-it-is'. YEAH! Both are sounding good but EP2 is edging it for me on this track:

Martin John Henry has put an EP of live recordings made during his European acoustic tour last year on Bandcamp, Live on Land.

It's free or pay what you like - and excitingly has this song, which is being recorded as a new studio version for this year's De Rosa album.

Before we leave releases, let's put in a word I had last year - but didn't yet get round to sharing - with Edinburgh's Trapped Mice when their album came out towards the end of 2012.

One listener aptly dubbed the album Winter Sun 'a pretty beast' - perfectly encapsulating the band's refusal to be too tied down stylistically.

It was lauded on a few good round-ups, so let's check out what singer and guitarist Ian Tilling has to say.

'Certainly it's not the typical kind of 'this type of song only' debut album,' said Ian.

'We were slightly concerned that it was a little bit all over the place - but at the same time we wanted to throw that mix together, show off some louder pieces, some quiet ones, and in the end we felt it does all kind of just slot together.'

The album was released on Armellodie Records - where Ian explained they've developed a happy working relationship. It was recorded in Ian's flat, with the band pitching in here and there to lay down their instruments.

'There are lots of bands who choose that lo-fi kind of sound,' said Ian, 'and there's nothing wrong with that, I'm a fan of many of them.

'But for us it was necessity rather than choice, because of how we recorded. It just wasn't an option to go into the studio. But with the mastering and recording, we've tried to produce something which sounds as good as we can make it.'

Randolph’s Leap at Avalanche, Edinburgh, Sunday 20th January 7pm for 7.30pm Keeping the dream alive at the tremendous Avalanche records, Randolph's Leap (or a slightly reduced version of them) will be playing in the shop, which is undergoing some changes and refurbishments (see the Avalanche blog for details). Several bundles are available - including tickets, tshirts, poster prints and so on - details also available from Avalanche.

The band will be playing their own songs, but also covering some Belle and Sebastian (Avalanche's biggest selling band of all time). The gig also includes Jo Mango.

They'll pair up again on February 16, this time with Snowgoose too, for a special show at the Queen's Hall. Find tickets here.

Fat Goth album launch, Non-Zero's, Dundee, Saturday February 9. Launching their album, Stud, which will be released on January 28, Fat Goth will be joined by Cuddly Shark and Carson Wells.

So we're already getting some good festival announcements despite it only being January. Tenement TV kicked things off with some details of their Tenement Trail festival which will take place in Glasgow on March 9.

Held across the Art School, Nice'n'Sleazy, Broadcast, G2, and Flat 0/1 (so actually quite nicely contained for a multi-venue) it will include sets from: Discopolis, Fat Goth, Tango in the Attic, Fridge Magnets, Nevada Base, Teen Canteen, The Stagger Rats, and many more. Find out more at the Tenement TV website.

Meanwhile Brew At The Bog has also revealed a nice little line-up for their festival on May 4, near Inverness. It will include Fatherson, Olympic Swimmers, Discopolis, Randolph's Leap, Homework, Kitty the Lion, FOUND, Miaoux Miaoux, United Fruit, Chris Devotion and the Expectations, The Little Kicks, Trapped in Kansas, This Silent Forest, The Winter Tradition, Poor Things, Shambles Miller, Verse Metrics. That't not even all. Find out more at Brew at the Bog.

Oh and of course… Primal Scream have been announced as headliners for this year's Wickerman.

So a couple of months ago a chap called Adam sent me this link to Great Cop's bandcamp page and I was promptly hooked. Why? Let's listen and find out:

Oh, and they're kind of named after a Fugazi song. I know, right?

He told me some more about the band:

'Great Cop came about because I moved to Glasgow for university not long after leaving (former band) Maths and was desperate to get something else going on up here.

'Joe who plays drums is my girlfriend's cousin but was in a band at the time so took some convincing to start up with me. But from the first time I ever saw him play, I knew I HAD to have him in a band with me.

'I met Alan at around the same time from an ad I posted on-line based on shared music tastes (i.e not Oasis and Kasabian) and Iain came along after the Whisky Works split-up to complete the line up and get us gigging.'

So far, so good. So what do they have in the pipeline?

'We're currently writing new material and readying for recording early next year,' Adam adds. 'We're hoping to do our own single and a split with our pals No Island, who we're currently plotting a tour with in April. All very exciting stuff, we can't wait to get on the road again!'

Before then, they're playing what will sadly be Hunt / Gather's last show - which should be a good one along with Salo, at Bloc, Glasgow on January 31.

'We give energetic performances and write energetic songs and if anyone like a bit of passion in their music I think we can certainly provide that,' says Adam. 'We're a bit heavier live than on record (so far) but we like to let our poppier influences shine through too, so if you like punk music with a bit of invention and melody then we're your guys (or something).'

Sounds just right to me.

That's all for now, and for me for good. Signing off, and all the best.