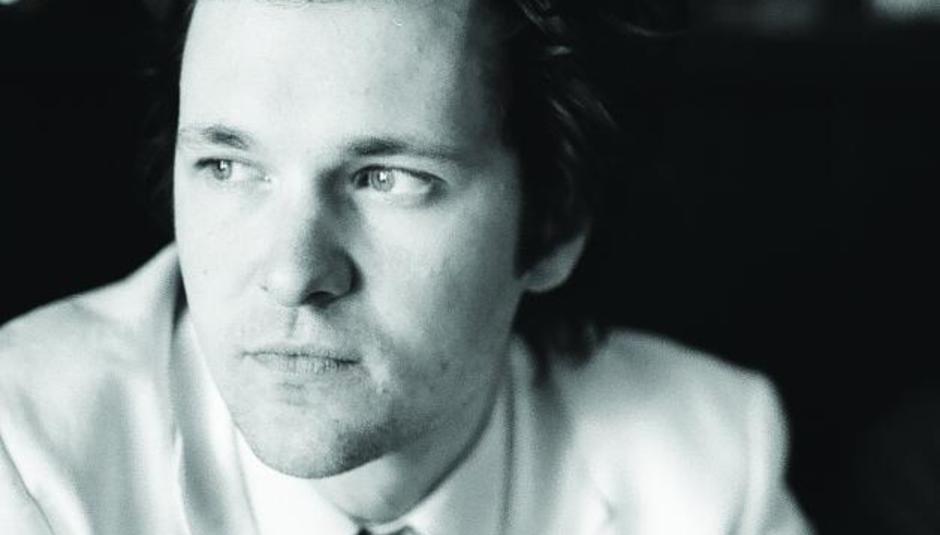 Ned Collette & Wirewalker - 'How To Change A City' (Fire Records)

'How To Change A City' took an unforgiveably long minute to get going, and when it did, it put me (happily) in mind of Young Americans-era Bowie. But it's the sheer freshness of the backing melody that really elevates the enterprise, with echoing keyboards and nylon-stringed plucks echoing off each other. It has a sort of grandness about it, like all the best and most intricate pop songs.

'Mono' begins with some thoroughly bleak keyboards that soon do the decent thing, hitching themselves inside some frantic syncopation that recalls nothing so much as early Stereolab. What's compelling about it is the lack of polish, so that all those elements which give 'Mono' its terrific, frenetic pace are allowed to shine through, scuffs and all. Excellent.

Louis Brennan may not be delighted with my comparing his vocals to a Duran Duran comeback single, but it's all there; postured-cool, majestic baritone, all of it sung like the lines were issued on granite tablets. The lyrics are all over the place too, with talk of how "you shroud your tears in secrecy" and an "emasculated man, withered in a guilty right hand" and love like a "tattoo in my soul". Despite all the dread poesy, 'The Towpath' is strangely successful, a wibbletronica-powered, pound shop Bond theme.

Jesse Boykins is my favourite, with his D'Angelo smoothness and his New Jack Swingery and his drumbeats he has borrowed off of Johnny Kemp that he is refusing to give back. I'm glad he has nicked them, because 'I'm New Here' is not too shabby, not too shabby at all - especially if you like any or all of those three things. Mainly, it's worth getting this single for the Machinedrum remix of previous single 'The Perfect Blues', which is uplifting d'n'b of the highest, most dizzying order (long snippet here). Do forgive the use of the word 'uplifting'.

Only a band as magical as Squeeze, or a singer as heartening Glenn Tilbrook can sing the line "take the dog for a walk, right up to the shops" or "he was clean out of paper, beer and chocolate" or "the police radio buzzed like a wasp" and make it sound this bloody transportive. I am also a sucker for the baroque cello riffs that are spread all over 'Tommy' like warm, beatific jam. BEATIFIC JAM, everyone.

Whether or not you can stomach the brutal bro-pro of Two Fingers' (aka Amon Tobin's) 'Vengeance Rhythm' is not really the point. The point is the video, in which a teddy bear with ruffled eye-boroughs goes on a giddy rampage, killing every darn thing in the playroom. Oho, they say: "the funniest, most eye-popping and shocking exercise in animated ultra-violence since Oliver Postgate found out Bagpuss was cheating on him with Professor Yaffle." Gore you can giggle at. Well done, everybody.

I know it is probably unbelievably feeble of me to succumb to the gentle charms of this Christmas-themed release. But I think any song about socks and jumpers that manages not to be horrific, automatically deserves a mention.

Wendy is on the internet, here. I like how today everyone inside music is all: "OH MY DOG THAT IS SO OLD", while everyone outside of it is saying: "Who the uckf IS that?".

In Photos: Alanis Morissette @ Echo A...