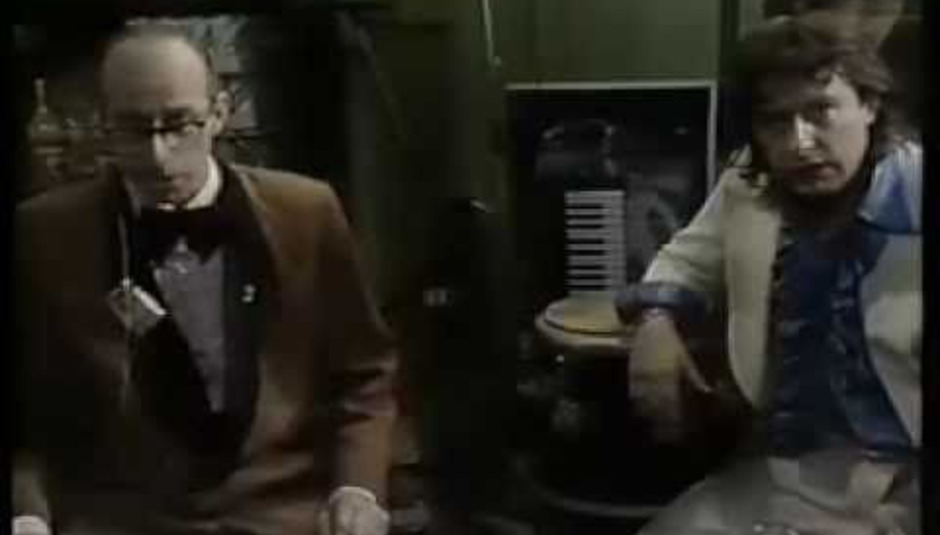 You would not expect a single that has Raw Sex as its backing band to be full of pomp, but Dan Croll’s is. ‘From Nowhere’ is, in fact, as packed with bombast as it is possible for a song to be – more than any other jam this week, it knows what a pop single should sound like. And how purpose, intent - and hooks big enough to slay pike - are what do the format justice. Not a million miles from the anti-miserabilism of Metronomy, ‘From Nowhere’ also has the kind of vague, malleable message so loved by pop music in 2012, namely melancholy in the face of triumph. At least, I think that's what it's about. Because, you see, I put my hands in the air for the first listen. And I leapt from my chair for the second. And I wasn't sure why.

Roll Deep’s Trim and James Blake have collaborated on ‘Confidence Boost’, which serves as a neat riposte to anyone who had written either off. It begins with Trim’s vocals crispily manipulated, so that it sounds as if he is consoling the nation from the bottom of a well. And it is a List Song of reasons to hold your head up high; a song about pride in the face of societal dislocation. ‘If you got issues and you don’t care who knows: strike a pose,’ says Trim. ‘If you had a dad, or mum, but not both: strike a pose,’ he goes on. ‘If people only phone you when they want something, but when it’s vice-versa, they don’t wanna know,’ he offers - and two years after ‘Confidence Boost’ and ‘Saying’ surfaced, the sentiments still sound as well-meaning as ever. Superlative, useful.

I love what has happened to soul music recently, how smoothness is backbackBACK. And it is delightfully unapologetic – I mean, Jessie Ware is not about to say sozzaz for singing with her chin permanently raised like some kind of saintly Sade, and likewise, Jesse Boykins III is not about to worry if it is embarrassing that his song is unabashedly designed to be uplifting. Itchily-paced and with some infectious claps programmed by Gora Sou, this came with some fearfully dread spaff in the press release, about how the colour blue is supernatural. But I happen to think you don’t need new age wiffle to explainify how ‘Perfect Blues’ is slick and utterly compelling.

The first few wobbly-voiced bars of ‘St Peters’ did not inspire glee – I find myself allergic to moony, instrospective men who bellow their pain, it puts me in mind of bootstraps. Anyway, then I realised that ‘St Peters’ in fact reminds me of ‘Bright Eyes’, in a good way - and though it does sound like someone sat on the mixing desk’s cathedral button [I know they have these], I don’t mind. Someone will probably use the word ‘evocative’, or possibly ‘crystalline’, or even [OH GOD] ‘delicacy’ to describe this single; and for that reason you (and I) will feel inspired to take against it. But what I am saying to you is, do forgive it. And don’t take against it.

‘The Investigation’ is 6 minutes of menace originally scored by Umberto for the 1981 horror nasty ‘Pieces’ which is a film about a man who likes jigsaws and is mummied too much, so he decides to dead his mam and then chainsaw a few co-eds. As you might expect, it is the sort of thing that puts you in mind of Mr. John Carpenter, made by a man who admits his albums are ‘soundtracks to films that don't exist.’ However, in a neat bit of circuitousness, what Umberto has done with 'The Investigation', is to create the soundtrack for a film you don't need to see. Your mind does all the murky work for you. How clever.

Dum Dum Girls’ pleasant-enough verses are - like pillow fights and antsy, animated pub-based pop culture arguments with people you love - merely a prelude to the main event. Which, in this case, is not a nice bout of mifky pifky, but a big, doomy, Christmassy chorus. Choruses about DEATH, and SATAN, and DREAMZ. I won’t lie, there are some pretty awful lyrics in here about how ‘there is no light’ and how Dum Dum Girls ‘need you here to be my guide’; as well as an awful lot of swayful rockism. But DDG just about get away with it because, like I say, the choruses are MASSIVE and CHRISTMASSY.

Wendy is on the internet, here. Would you like to see and hear a song called 'Grit in my Slit' about some rapping ladies who go to the beach? Why, of course you would.

"There’s no point getting anyone else...