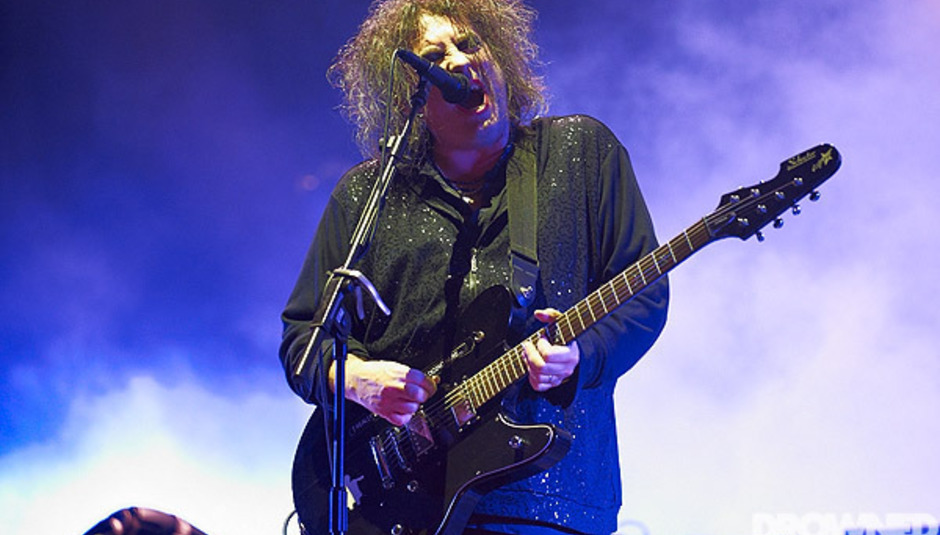 These are interesting times for Ireland’s Electric Picnic festival. Its main domestic rival - the oft-derided Oxegen - has taken a year out after a poor 2011 sales, leaving the Picnic in a position of prominence that seems slightly incongruous for a festival that originally prided itself on its boutique, small-scale vibe.

Concerns over the possible erosion of the Picnic’s identity are understandable, if not completely new (it has been steadily growing in scale for some time). The faithful needn’t abandon ship for some time yet, though. EP still strikes you as a mature, family-friendly festival (kids - as in genuine toddlers - are everywhere) and it’s still full of off-the-beaten-track delights, whether it’s raves in the surrounding woods, a Gramophone Disco or the ‘Gamelatron’art installation.

Crucial to the Electric Picnic experience is the Body & Soul area, which is a kind of smaller-scale equivalent to the Green Fields of Glastonbury; a place to relax and imbibe the festival’s spirit, whether in the healing area’s ‘peace pagoda’ or in the natural amphitheatre that faces the Body & Soul main stage. The latter is a striking, hand-crafted structure flanked by a pair of oak trees, and overlooked by a treehouse for DJs.

It makes for some pretty fascinating visual/sonic juxtapositions: Laura Sheeran’s music - a gothic, sinister mix of folk and juddering electronics - has always been permeated by natural, elemental themes and imagery, so it feels apt in this environment. It also makes for plain fun as well, whether it’s the hay-fight that breaks out towards the end of offbeat pop duo Young Wonder’s set, or the group of toddlers throwing shapes to TNGHT’s ‘Higher Ground’during Mynameisjohn’s Earthship Stage DJ set.

Back in the main arena, The Cure are arguably the biggest draw of the weekend, given the freedom of Stradbally for a mammoth three hour 20 minute set. Amidst the splendor of ‘Pictures Of You’ ‘Lullaby’ et al, there’s plenty to delight the more hardcore element (the churning ‘Open’ forlorn epics like ‘From The Edge Of The Deep Green Sea’and ‘Disintegration’, while his Bobness even provides ample opportunity for toilet breaks by playing dire numbers like ‘Wrong Number’ and ‘Sleep When I’m Dead’

In the dance-oriented Little Big tent, sci-fi-influenced duo-with-laptops Solar Bears have morphed into a five-piece live band. Combine this with complementary visuals, and the result is that expansive, ever-shifting numbers like ‘Dolls’ and ‘Neon Colony’ become even more widescreen and fleshed-out. John Talabot, meanwhile, supplies a typically excellent DJ set, bookended by ‘So Will Be Now’and his remix of Teengirl Fantasy’s ‘Cheaters’- the latter of which well and truly goes off.

The Crawdaddy stage sees David Kitt joined by a full band to reprise his decade-and-a-bit-old The Big Romance album, in the process reinforcing the understated electronic textures and grooves that underpin that much-loved record. A superb rendition of ‘Song From Hope Street (Brooklyn NY)’- replacing its twilit, bittersweet feel with something more strident and celebratory - stands out, as does the wistful ‘Strange Light In The Evening’

The highlight of the weekend, however, has to be Cathy Davey. With a seven-piece band in tow, the Dublin-born musician showcases her range, from the deft bob-and-weave of early single ‘Clean and Neat’through to the dramatic baroque flourishes of ‘Army Of Tears’ ‘Rubbish Ocean’and ‘Universe Tipping’make for a brace of sweeping, swooning show-stoppers (Davey doesn’t sound at all presumptuous when she tells the crowd she got a shiver performing the latter), and such is the momentum that the whole tent seem dismayed when time-up approaches. With that, the galloping intensity of ‘Sing For Your Supper’brings the set to a thrilling close.

Overall, the Electric Picnic continues to play a skillful balancing act between integrity and increased popularity. The relative cheapness of European festivals continues to be a major minus point, but it remains a genuinely unique festival - and one that’s now closing in on a ten-year anniversary.

In Photos: Patti Smith @ Manchester A...

Efterklang on the making of Piramida