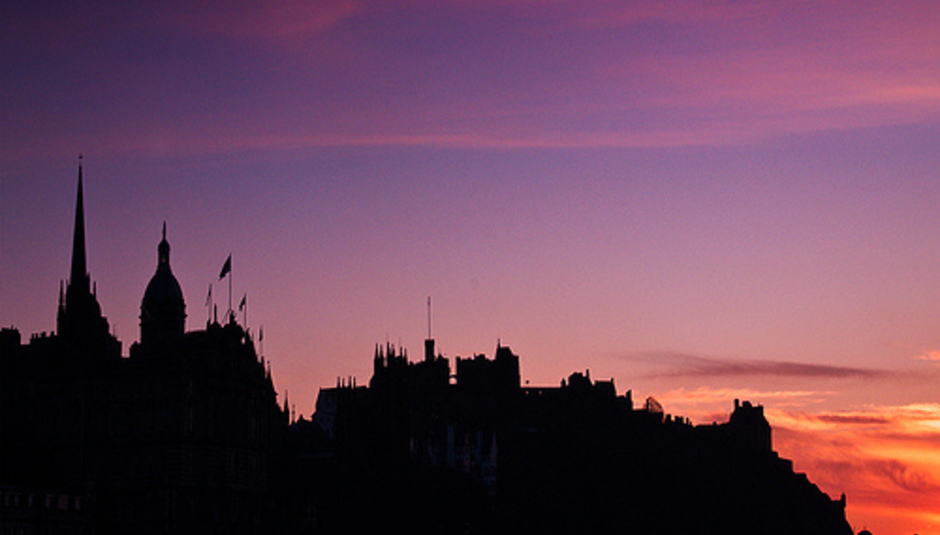 Hi there, and first off an apology for being exceedingly late off the starting block this month (those Olympics analogies are going nowhere for the next week at least).

Things happen, eh - but there's been plenty shaking up north while I've been accidentaly keeping my silence, so let's crack on.

Summer time might be a slow one for releases, but that doesn't meant there aren't a few star turns popping out.

Just at the end of July, Citizens released their debut album, CTZNS - which, if you haven't heard it yet, is certainly worthy of your attention, especially if you like things to get noisy. It starts with a shriek of guitars and pretty much just gets louder from there.

The band's Craig McIntyre was kind enough to have a chat about the album, starting with the band's one-day stint in the recording studio.

"The goal for recording the album in one day was actually to keep costs down," he said, "but also because we have always recorded this way and I think we benefit from it.

"We are used to, and prefer, the idea of just rehearsing loads and then bashing everything out.

"I think if we tracked everything individually we would lose the energy we have when playing live."

"I feel like we have been trying different things for the last few years, with our different demos or EPs to define our sound," Craig added. "And I think the album is the first time it it has all come together coherently.

"I wanted our first album to have a definitive "sound" from start to finish rather than lots of different styles mashed into different songs."

Next up is a trip to the continent in October, where they'll re-visit France, Belgium, Holland, Germany, Austria and the Czech Republic, and make a first trip to Italy and Luxembourg.

"It's our favourite part of being in this band," said Craig. "We go down very well with the audiences over there and have an absolute blast."

On August 20, The Unwinding Hours unleash their new album; excitement makes me all a-quiver. Sadly, the dread lurgy struck me down before their show last month in King Tuts. Being entirely unable to winch myself off the couch, I then got to read several reviews which drove me deeper into remorse, because apparently it was just THAT good. Sad. Meanwhile, the band posted this taster of a new track:

The album is out on various sexy formats, which you can pre-order through the Chemikal Underground shop if you so desire. Or in all good record shops of course. A statement from Craig B on the pre-order page reads thus:

"You can actually hear a kitchen sink being battered by a piece of metal near the end of the first song so yes, we had a lot of fun."

If that's not a sign this is going to be incredible, I don't know what is.

August in Scotland is all about Edinburgh; or at least, that's what Edinburgh thinks. But there is a lot going on, including one particularly intriguing show from FOUND.

The band is staging a live performance at the Queen's Hall of the #UNRAVEL installation they created with Aidan Moffat earlier this year - and it's quite possibly the first gig in the world that the audience will control via Twitter. Yes.

Luckily Tommy Perman from the band was able to fill me in on some details.

He explained: "#UNRAVEL is a storytelling project that we developed with Aidan, and the whole idea behind it was about the reality of memories; or the unreality.

"It's to do with how, when you try and remember something that's happened, it changes each time in the retelling; maybe not by much, but enough to make you wonder how much you really do remember.

"We wanted to explore that idea."

In May this year, the group assembled the installation during the Glasgow International art festival - made up of instruments, and record-players, audiences were invited to choose different 7"s, in which Moffat narrated different recollections of stories.

In Edinburgh, this will come to life as FOUND play along while Moffat narrates live.

"The audience will be able to react to what he's saying through twitter and their responses will be monitored," Tommy said. "So if they're read as positive, then the narrator's confidence will increase, and he'll become more sure of himself and his recollections.

"But if they're largely negative, that will affect his confidence.

"Because Aidan's become such a strong personality on Twitter, I think people will really enjoy the chance to interact with him and they'll try and get him going, have a bit of fun with him."

As well as showcasing #UNRAVEL, the gig will also see - take a deep breath - a performance from FOUND, who'll be playing some new tracks, sets from members' solo projects, River of Slime and Lomond Campbell, and another from Bill Wells and Aidan Moffat.

"We've bitten off quite a lot with this," Tommy said, "so we're hoping it will come together.

"We don't like to make things easy for ourselves."

UNRAVEL with FOUND and Bill Wells and Aidan Moffat, is on Wednesday, August 15 at the Queen's Hall, Edinburgh. Tickets.

Other things on the horizon this month:

Circa Presents… Wednesdays through August, Electric Circus, Edinburgh. Detour Scotland and Fresh Air have teamed up to provide a host of fantastic live music through the month. Lined up are Bwani Junction and the LaFontaines on August 15; Churches and We Are the Physics on August 22; Three Blind Wolves and We Were Promised Jetpacks on August 29. Find out more.

Doune the Rabbit Hole, August 24-26, Duncarron Fort, near Kilsyth. It's the last big weekend of the summer, and it's Doune-but-not-in-Doune-anymore. In its third year, the festival has moved, but has developed a fantastically strong line-up of music from Scotland and beyond. Friday night has sets from The Phantom Band, The Lovely Eggs, Loch Awe, Pumajaw, and Palms; on Saturday, King Creosote headlines, while Pram, Jeffrey Lewis & The Junkyard, Withered Hand, Sparrow and the Workshop, Holy Mountain, Teen Canteen, and Blank Canvas are all among the acts. Sunday has Kid Canaveral, Three Blind Wolves, Olympic Swimmers, North American War, The Second Hand Marching BAnd, Rainbow Fisher.. This is scraping the surface. Tickets.

The Unwinding Hours, Friday August 31, The Tunnels, Aberdeen. The aformentioned Hours are playing a couple of Scottish shows - the following night, they're off to Glasgow's Stereo - before shipping off to Germany and Switzerland for a tour.

Now, I'm not quite one for "funny" in music (although I do have a soft spot for the Bloodhound Gang). So I can understand if you, on hearing a recommendation for a band who dance about in masks and sunglasses, singing songs about Christopher Walken, you might be somewhat sceptical.

But in the case of Mickey 9s, I find it just about impossible to refuse.

Towards the end of last year when they released the amazing video for 'Find a Thing' (see below) - which is just, honestly, a fantastically dance-worthy song. Then in July at King Tuts, I finally saw them live and all cynicism was lost entirely; it's been a long time since I saw anyone enjoy themselves quite so much - play a support slot like a headliner, and make the entire crowd dance while you're they're at it.

Don't believe me? They're at Electric Circus, Edinburgh on August 13; 13th Note, Glasgow on August 30; The Harbour Lights, Peterhead, on September 8; and The Moorings Bar, Aberdeen on October 6. Allow them to catch in your brain, and you'll find your shoulders moving, your toes inching to tap, and feel the urge to shimmy along the street. Because that's what they DO.