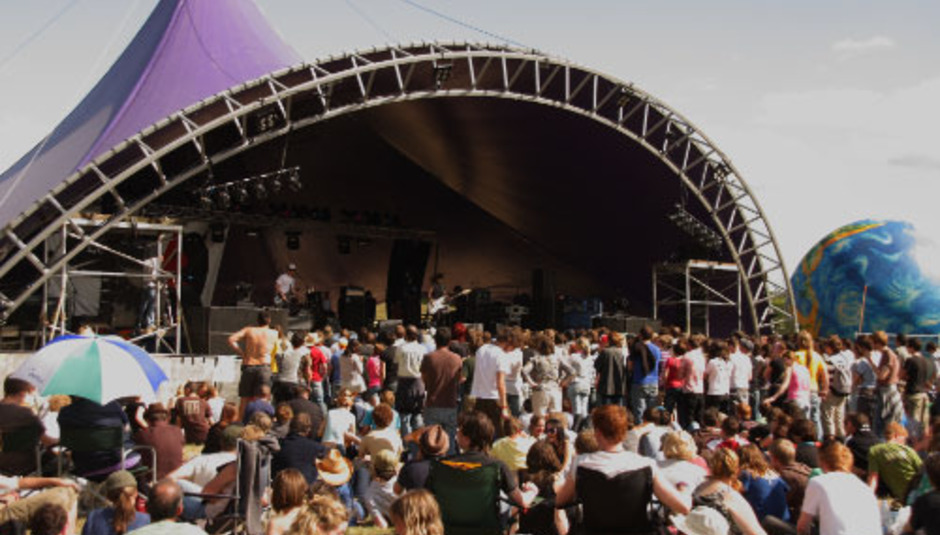 Of the proliferation of small, boutiquey festivals that sprung up around the UK over the past decade or so, Truck was always viewed as one of the most genuine and, well, best. It was a festival that came to be renowned for its warmth of atmosphere, value for money and for the organisers’ willingness to juxtapose the lineup – planting seemingly disparate names together on the same bill in the hope that they would stick: which for the most part, they did.

Last year’s event, however, took place under the cloud of poor ticket sales and there was some speculation as to whether we’d seen the last of Truck, at least on these shores and in its old format. When stories emerged of Truck experiencing financial bother (going bust, no less), they were greeted with real disappointment, with some pointing the finger at the seemingly exponential (read unsustainable) growth spurt the festival underwent, and others at the sheer saturation of festivals in its ilk.

That Truck’s been 'resurrected', then, is good news all round. It returns for its fifteenth edition under the fresh stewardship of Ralph Broadbent, he of Y Not Festival, who has replaced founders and long-term custodians Joe and Robin Bennett. It remains in its Hill Farm home, tucked away in rural Oxfordshire, and has reverted to two day format (although this year, it’s on a Friday and Saturday for the first time). The organisers have, on the face of it at least, heeded the cries of the mini-masses: the lineup looks to continue in time-honoured heterogeneous fashion, with a number of fairly big names joined by an interesting hodgepodge of smaller, more eclectic acts further down the bill.

We’ve selected the five acts we’re looking forward to seeing most, and created a Spotify playlist to accompany them.

The musical vehicle for the sublimely talented Conor O’Brien, Villagers’ debut Becoming a Jackal picked up a Mercury nomination back in 2010, yet the Irish outfit haven’t come close to receiving the same adulation in the UK that they have in their homeland. Despite playing almost every instrument on the record, it’s O’Brien’s voice which lingers most heavily: packed, as it is with emotion and an impressive ability to run the scales. He gained the inevitable Oberstian references that come with the territory, but such comparisons are mostly superficial. There’s more classicism at play in O’Brien’s songwriting than his Nebraskan contemporary: the Paul Simon nods are much closer to the mark. It’s been a while since we’ve heard anything from Villagers, but with an album mooted for early 2013, expect some new material.

The Frabbits’ second album swept all before it in 2008 (indeed, only M83’s stellar Saturdays = Youth kept it off DiS’ top spot in that year’s album chart). On the heels of its success, those clever sorts at Fat Cat released an excellent live recording of Midnight Organ Fight – a visceral, shimmering beast. Despite the relative misstep that was The Winter of Mixed Drinks, then, anyone who has heard Liver! Lung! FR! or, indeed, caught one of their live shows, will know that their appearance at Truck isn’t to be missed. Last year’s plainer and rootsier free EP represented something of a return to form in the eyes of many. Expectations are high ahead of their major label (Atlantic) debut. This one should whet the appetite nicely.

What exactly can we learn about an album from where it’s been recorded? Well, let’s see. Rhode Island folkies the Low Anthem recorded their last album in an abandoned pasta sauce factory, and sure enough, Smart Flesh was slow burning and relatively easy to digest (although more adventurous types may have been put off by the lack of spice). Album number five is in the offing and has been recorded in (wait for it), an abandoned opera house. Whether we should be expecting some bombast from the erstwhile docile (but lovely) Low Anthem remains to be seen. There are few bands on the bill as suited to the farmland setting of Truck than this pastoral bunch, so here’s hoping the sun’s still shining for their Saturday evening, main stage performance.

Few DiSsers will have missed the wildly entertaining coverage that greeted FOTL’s latest offering, The Plot Against Common Sense. Few manage to takedown a review without coming over all sour grapes, but Andy Falcous did it with some panache. Perhaps the finest caveat attributed to the record, though, came from Kev Eddy of this parish, whose 'thank you, Future of the Left – you've saved rock music. Now to make it pay...' summed up the strength of feeling that’s followed the band around on these shores for years. FOTL haven’t got many UK shows this summer, so their Friday night headline slot on the Barn Stage may convince some that a £70 weekend pass is the soundest investment of the season.

It would be rude to conclude a preview of Truck 15 without giving a quick nod to its creators. For while the Bennetts have relinquished the festival’s organisation to Y Not, they’ve kept a musical toe in the water and will be performing as the Dreaming Spires – an appropriately titled tribute to the part of the country to which they’ve brought so much. Debut album Brothers in Brooklyn is a solid blast of open road AM-friendly American, with shades of Petty and Chilton.

The Dreaming Spires, ‘Everything all the Time’, from Brothers in Brooklyn (Clubhouse Records, 2012)

Spotify Playlist (play it on shuffle)

"We get compared to a lot of bands we...