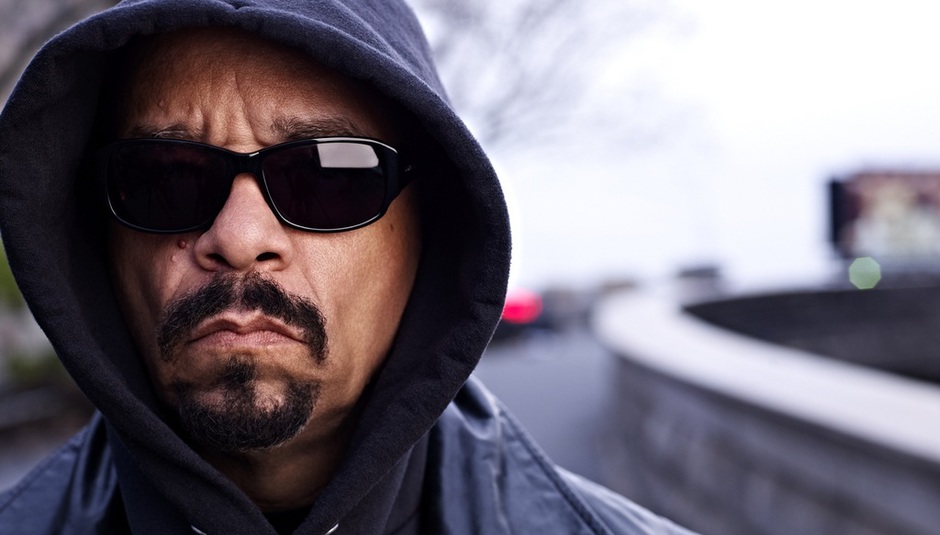 Hip hop vs hip hop: Why we must defend rap music from itself

Hip hop vs hip hop: Why we must defend rap music from itself

‘Hip hop on trial’; this was the name given to a global debate that took place in London just two weeks ago, the third in a series of discussions hosted by Intelligence Squared in association with Google+. A panel of expert speakers were assembled at the Barbican Centre and around the world via video links, from Q-Tip and KRS-One to Benjamin Zephaniah and Jesse Jackson, with the intention of going back and forth over the motion “Hip Hop Doesn’t Enhance Society, It Degrades It”.

I won’t pretend to be an impartial observer here, but this seems to me an absurdly generalised way to frame a debate over a genre as varied, complex and historically charged as hip hop. Provocative hooks sometimes lead to interesting discussions, but in this case what followed was a bizarre reprisal of disputes I thought had been buried alongside whether or not Marilyn Manson is to blame for the massacre at Columbine High School.

Of course, a bit of ignorance was to be expected from those looking in from outside of the culture, and we can forgive Newsnight’s Emily Maitlis, who chaired the debate, as she attempted to challenge The Roots’ drummer ?uestlove on the group’s supposedly negative lyrical content. We also heard from attorney Eamon Courtenay, the chosen advocate for the motion, who began by admitting he is ‘not an expert’ on hip hop. Interesting choice of prosecution judge then, but what really took me by surprise was the case for the defence; a selection of hip hop stars, journalists and intellectuals who conceded a series of baffling own goals as they struggled to justify the allegedly damaging consequences of mainstream rap music.

The most spectacular failure came from KRS-One when questioned about some of the provocative and misogynistic words used in hip hop’s language. In his defence of the Kanye West lyric, “You know how many hot bitches I own”, taken from last year’s Watch the Throne, KRS quite remarkably tried to argue that Kanye uses the word ‘bitch’ to mean car. He goes on to assert that in hip hop the term ‘white bitch’ will always refer to cocaine, and ‘nigga’ derives from the word Negus, meaning king. As you can imagine, viewers both inside the room and online were not convinced. But even if these codes, as KRS describes them, have any partial truth, this argument only serves to disarm hip hop of its freedom of speech. Not everyone has to like it, and often that’s kind of the point, but rap music’s portrayal of the uglier side of life is not to be avoided or apologised for.

I should say here that not everyone on the panel made such a hash of their arguments, and when given the chance to speak, American hip hop journalist Dream Hampton and University professor James Peterson contributed salient points. But then, so many of these discussions are flawed before they’ve even begun. The reductive framing of hip hop as a purely negative form of music understandably had its defenders digging up the many examples of conscious rappers new and old. They’re right, of course, to make the point that the beauty of hip hop is how broad an art form it is, and how it can be appropriated by anyone as a means to communicate anything. But once again, by making this distinction between conscious hip hop (a term I dislike anyway), and say, gangster rap, we devalue the artistic merit of the latter.

Not everyone even bothered to stick around and argue their case. When Joe Budden of Slaughterhouse was called upon to justify the supergroup’s use of misogynistic language, he was apparently dumbstruck, as if it had never occurred to him that such a question would be asked of him. He then proceeded to stumble through the first argument which fell into his head, before hilariously withdrawing himself from the debate, admitting; “Y’all are not my motherfucking demographic, to be honest with you.” Similarly, The Guardian’s Paul Lester (not the first time these two have been likened to one another, I’m sure), wrote a blog dismissing the whole debate as a hangover from the 80s, before attempting to capture the excitement of rap music by dissing 50 Cent and dropping in a bunch of voguish contemporary references. To an extent he has a point; this does feel like an argument from another era, but that doesn’t make me any more comfortable watching a genre of music that I love being blamed for society’s ills.

Things took yet another strange turn as the debate moved onto its perplexing Act Two, posing the question ‘is rap is just bad poetry?’. By this point, it was difficult to know whether to be more confused by the prosecution’s attempt to separate rap from its very form, or the defence’s insistence on validating that form by comparing it to the work of classic poets. Not that I don’t believe certain rap music deserves that elevation, but it seems strange for a genre so rooted in anti-establishment values to now be seeking acceptance through anything other than its own lyricism.

Emeritus English Literature professor John Sutherland used the example of Walt Whitman and his struggle against prejudice of his sexuality, making the point that rap music was born out of struggle in the very same way. But if hip hop is going to be widely appreciated as a serious artistic form, it will do so not through the struggles of the 19th century, although as the evidence beautifully brought to light by Frank Ocean last week demonstrates, Whitman’s battle is far from being won. Instead, we must engage with and listen to what hip hop has to say to us in the present day. Looking at this music in such broad, simplistic terms will get us nowhere, especially without any exploration of the environments it is born out of. Of course, not all of what rap music has to say will have any use to us at all, but the vast majority of any genre of music’s output is essentially disposable.

In Ice T’s new documentary film Something From Nothing: The Art of Rap, a handsome selection of hip hop’s biggest names discuss their relationship with music. While by no means a perfect film, if it does one thing well its show how much hip hop means to young people looking for a form of expression. There’s a particularly powerful section with Eminem, who as much as anyone exemplifies the idea of turning a dismal, grey environment (sorry Detroit!) into a world of colour and imagination. It’s easy to be cynical about stories of rap music saving lives, but watching Eminem switch between discussing his semi-recent overdose to excitedly reciting his favourite Treach verse is enough to make you believe his claim.

The use of negative language and values in hip hop is a difficult issue that won’t be fully explained or explored in an article of this size. But if we’re going to talk so brainlessly about whether hip hop degrades or enhances society, we’ll need to do a lot better than pretending rap music is always positive. After all, hip hop was arguably born out of negativity, and if society wasn’t degraded already then it’s difficult to see how it would ever have existed.

Ice T’s Something From Nothing: The Art of Rap is released nationwide on July 20, check the Facebook page