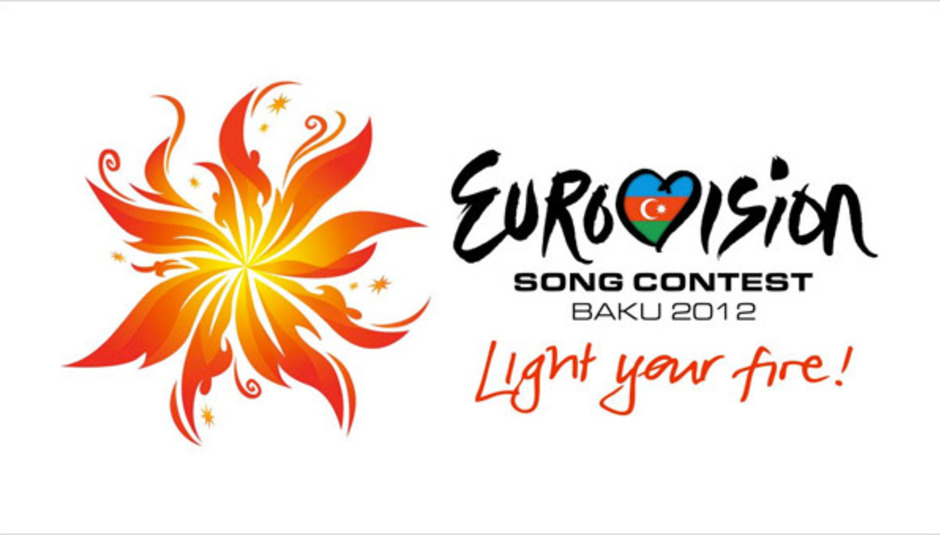 DiS Does Eurovision: A blagger's guide to the 2012 Song Contest

DiS Does Eurovision: A blagger's guide to the 2012 Song Contest

Bonjour. Guten tag. Ante gamisou. Welcome to the second edition of DiS Does International Pop and what a column we have in store for you. With the 56th Eurovision Song Contest about to reach its climax in Baku, Azerbaijan this weekend, we’ve pulled out all the stops to honour the symbol of European unity that spawned Lordi, ABBA and a Scooch reunion.

Read on to find the results of our chat with the red hot favourite and sort of Kate Bush-alike Loreen, a myth-busting guide to the socio-economic intricacies of this light entertainment competition and our lowdown on the other runners and riders. Consider it your blagger’s guide to what Eastern Europe considers a hotly contested challenge for political legitimacy and we Brits consider an annual laughing stock. It’s truly the best International Pop column since the last one. We’re going to break this very gently to you readers, Engelbert Humperdinck probably won’t win the Eurovision Song Contest 2012. This shock turn of events may tarnish the UK’s triumphant form of recent years but at least victory seems likely to fall into the hands of Sweden, a nation which has historically struggled to spawn any acts of global note from the competition.

To find out what’s the big deal about Loreen, we got to grips with the former Swedish Idol contestant over a crackling Skype line to Baku. Here’s what you need to know about her...

“Yeah... It’s really nice, I didn’t expect it to become this if I’m honest but I’m happy.”

2) She missed out on Eurovision 2011, after coming fourth in the second semi-final of Melodifestivalen, a sort of Swedish X Factor where the country decides its entrant. Then she came back this year with ‘Euphoria’ and won the damned thing

“Last year when I sang ‘My Heart Is Refusing Me’ that was actually the first time I’d ever come average. The song was a little hard, it’s a very powerful song and the performance is even more powerful. I think one of the main reasons I didn’t go any further, was because people didn’t know who I was.

“After that there was like a whole year where I worked on getting the music out there and after that ‘Euphoria’ came and it felt right. At first, I said I wasn’t going to do it again because it takes a lot of time and energy to do it. It’s crazy.”

“It’s an opportunity to create something and also reach out to a lot of people, I like that. I’m Moroccan and music has a huge power that can create knowledge. So that’s the way I see music. So when I stand on stage I hope I can inspire people to help themselves and others.”

“I was born and raised in Sweden but my parents a Berber-Moroccan, that’s like the native Americans. They live up in the mountains we have our own culture and our own language. It’s almost like a tribe. That’s the focus as far as I’m concerned.”

“I don’t see it that way because, I was weird as a kid and I’ve learnt not to judge things. We’re all people, we’ll all create what we want. It’s our right to create and it’s our right to share the platform, these people who think Eurovision is cheesy. Because, I’ve gone through what I have in my life I cannot belong to the more credible people. There are those who say some people are better than others and I don’t like that, that way of thinking is not good. We’re all creatives and people like different things. I see it as people creating things.”

“That was years ago. It took me seven years to get to where I am now and it took seven years to find out what my goal is and what I want to do. My identity.”

7) She’d rather unite Europe than win for Sweden

“I’ve heard his song once. I don’t remember his name? He’s a bit older right but I like that very much. I like that people of different ages can compete in this competition and I like that he knows a lot about life. I bet he has a lot of interesting things to say.”

“Create more music. I want to create art because, it seems like people like what I do. I’ll do what I’ve always done and create something and hopefully you guys will like it.”

So that’s Loreen - she’s extremely earnest, still new to this interview business and quite charming when you get her talking. Plus, ‘Euphoria’ would be a worthy winner should it come up trumps on Saturday night. Well, it’s got our 15p televote anyway.

The best of the rest

At the time of writing, Loreen is by far and away the bookies’ choice to win this year’s Eurovision Song Contest. As t.A.T.u. will attest after their disastrous performance in 2003, things can all go to pieces on the night leaving a dark horse to scoop up all the dubious honour and glory this extravaganza affords. In this spirit of quite likely incompetence, here’s the lowdown on the other runners and riders worth keeping an eye out for...

Nina Zilli is to retro soul pop what Gabriella Cilmi and Pixie Lott were a couple of years back. That is, pretty decent given the right song. Despite being a bit of a mouthful, ‘L'Amore È Femmina (Out Of Love)’ is a classic bit of Eurovision trickery. There’s an Italian chorus for the home crowd, an English chorus for the rest of the continent and a “Boom, boom, boom” bit for those who have no clue what’s going on.

Just when we thought Latvia’s outstanding 'Pirates Of The Sea’ entry from 2008 could never be topped, along came a group of Russians with a name that literally translates as Grannies from Buranovo. A nagging part of us suspects we’re actually laughing at this bizarre spectacle rather than with it but when the joke is this funny, who cares?

It’s ballad o’clock for the Serbian entry, something us troglodytes can tell because of the severity with which Zeljko Joksimovic scrunches up his face while singing. While you might think this is a bit naff, mainly because it is, Joksimovic has Eurovision form having finished second in 2004.

If you can’t get a judging slot on The Voice, the Eurovision Song Contest will have to do. ‘Love Will Set You Free’ attracts adjectives like ‘stately’, ‘restrained’ and ‘dull’ but you never know, it could do well on the night amidst the relentlessly upbeat competition. Seeing as The Hump is singing first and has all the charisma of a shrivelled vegetable, we're going to be bold and say the UK will suffer abject failure as usual.

The more surreal the situation Jedward find themselves in, the more emphatically the Irish duo thrive. Performing 4381.31 miles away home with another uptempo burst of barely in-tune vocals, this pair are worth a sneaky punt. We’ll be giving them our 12 points anyway.

Despite being an annual event, few of us Brits actually pay much attention to Eurovision until the morning before the final when we have to hastily arrange a fancy dress costume. This means there are a lot of entertaining misconceptions and myths surrounding the competition which are worth exposing in an entertaining quiz-ish format. See whether you pick out what’s truth and what’s fiction from the statements below...

“The Eurovision Song Contest is a waste of EU money”

FALSE - Fear not UKIP voters, the Eurovision Contest has no formal ties to the EU and is funded through the European Broadcasting Union. Britain’s contribution to the song contest is paid out of the license fee to the EBU at an estimated annual cost of £300,000 but seeing as Doctor Who costs the Beeb an estimated £700,000 per episode, that's not a lot of money. Plus, how can you put a price on a platform that encouraged Zdob Si Zdub to reinvent the cone hat decades after Devo were thought to have perfected it?

FALSE - While Graham Norton does a fine job filling Sir Terry's boots, there's only one sardonic king of Eurovision commentary. Wogan quit his post in 2008 citing the ludicrous levels of political voting, "I don't want to be presiding over yet another debacle." Not everyone was mourning his loss however, as the pirate radio god had managed to offend the entirety of Denmark in 2001 when they hosted the competition. After labelling the final's hosts, "Doctor Death and the Tooth Fairy/The Little Mermaid", the BBC were forced to issue an apology on behalf of Tezza to quell the country's broadsheet and tabloid newspaper furore. We're guessing it was a slow news week for the Danish.

TRUE - Aaah, the classic sport vs politics debate. If you count ritual humiliation as a sport. Despite being best known for his uncanny/non-existent facial similarity to David Suchet, Azerbaijan's ruling President Ilham Aliyev also has a reputation for intolerance towards his citizens' human rights. His country ranks 143 out of 182 on Transparancy International’s Corruption Index, leading a lot of people to protest against Baku's hosting of this year's Eurovision. Check out these do-gooders in their thought-provoking Panorama documentary on the subject.

“Israel learned to love transexuals with the help of Eurovision”

TRUE - Before the Eurovision in 1998, Israel’s Orthodox minority was not best pleased at the thought of being represented by the amazingly named transexual Dana International. The country's deputy minister of health and general idiocy fretted, “Everybody abroad will say: ‘Look at those Jews and what they are sending to perform, some kind of crossbreed.’” In a pleasing turn of poetic justice, Miss International swept to victory proving hugely popular with the voting public. The lesson to learn here is if you can't beat them, then join them in the most flamboyant way possible.

FALSE - Since 1999, the UK has finished in last place of the Eurovision Song Contest three times and we've only placed in the Top Five twice. The year of our nul points humiliation coincided with Tony Blair’s ambitious expedition to find oil/WMDs/fairy dust in Iraq, so it’s natural to assume that our greatest Eurovision humiliation came at the point when our global popularity was at an all-time low. This neglects the fact Jemini were abysmal from start to finish and France, who opposed the war, only scored a pitiful 19 points that year too. In hindsight, we really should have brought out our big guns like Daz Simpson, Andy Abraham and Josh Dubovie.

Special thanks: This column is dedicated to Robert Harris, still the UK’s biggest Eurovision fanboy at 55 years old

In Photos: Russian Circles @ the Scal...