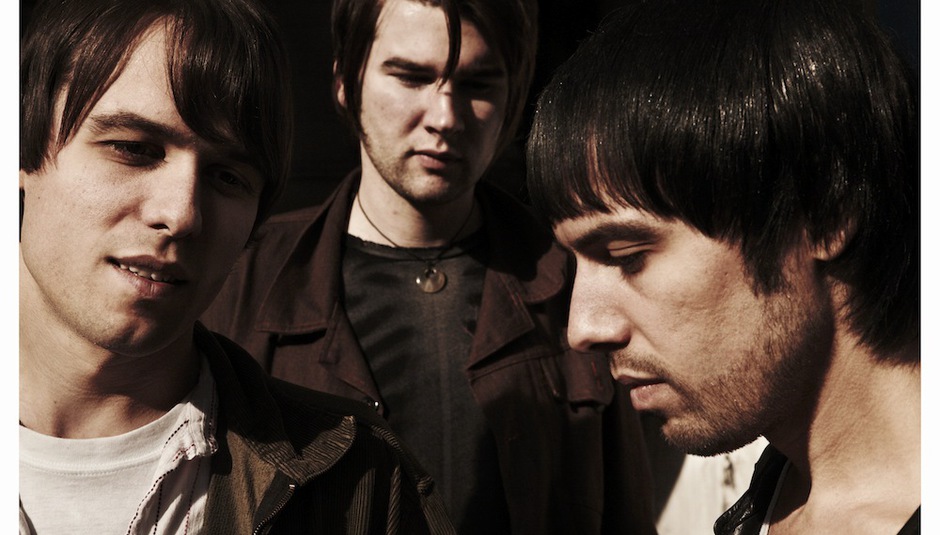 We asked The Cribs to make a mixtape for us and set the theme: The Year You Were Born. The year was 1980 and it was a time of great upheaval, as the tectonic plates of DIY punk culture began to grind against the upper echelons of the mainstream. It was a time of great music, and bad hair. Not that any of these things are reasons why we set this mixtape theme but they ran with it all the same... First up, Gary's picks...

The Wipers are a band that I first heard in 1994 from a bootleg CD I got from the record exchange on the market. I had only heard of them through the covers Nirvana did of ‘D7’ and ‘Return of The Rat’. Since moving to Portland I have realised what a massive impact they had locally and throughout the North-West. They were the proto-grunge band really. There is just something very desperate sounding about them. I think they have probably influenced a lot of bands indirectly, as their influence can be found in some of the biggest 90’s bands. As for their influence on us, when we recorded ‘So Hot Now’ for the Kill Rock Stars 7” we put out, we were aiming for a Wipers type of heavy. They were a big reference point. Kind of a rip-off really.

I have a real soft spot for Devo, and I think the primary reason why is just how amazing it is that such a surreal band achieved the kind of crossover, commercial success that they did, while still sticking very doggedly to their (insane) original vision and intent. It’s really pretty amazing. Everyone knows ‘Whip It’ and ‘Girl U Want’, as they are classic pop hits, so I think it’s easy to forget just how bizarre a place these songs came from and how out of step that was in the pop world of 1980. We played with them at Primavera a few years ago and they were amazing live. Really nice guys too.

I saw X perform this album at Roseland in Portland on new years day 2010. Really amazing, I think that some of the west coast punk rock bands and X in particular have aged so well. Exene is a really great lyricist, and their frustration and anger was articulated in a much more evocative way than a lot of punk from that period.

The first time I heard Atomic by Blondie, I was sat in the back of my Dad's Vauxhall Cavalier going to my Gran's house. He had a copied cassette with 2 tracks on, one was Alice Cooper 'Poison' and the other one was 'Atomic'. Fast forward several years from this time, when the band first started getting interest and we started to play in London, I heard atomic again downstairs at the Camden Barfly. Hearing the song again brought back memories and because I was no longer a young kid, I could appreciate Clem Burke's individual drum style/ technique. This also inspired me to look more into the Blondie back catalogue and discover more about their other records, and since then Clem has been a key influence on me as a drummer.

Its a bit of a cliche' in the UK, but most of my friends seem to have an Uncle that was a massive Queen fan when they were growing up. Our Uncle was no exception, and still has a Freddie Moustache to this day. Our uncle exposed us to our first queen record as kids and they became a big deal to us, we copied all of the records he had onto cassettes, including 'The Game' and even made our own artwork/ boxes for the tapes. Possibly the first ever performance we gave solely as just 3 brothers on a stage, was singing 'Crazy Little Thing Called Love' from the Game. This was on a UK coastal caravan site, and even today, we are still big Queen fans, so I'm sure their influence is instilled in us one way or another.

We recorded our second record with Edwyn Collins and whist we were in his studio, Edwyn invited us to raid his store cupboard full of old Orange Juice/ Solo records. Amongst the records was 'A Casual Introduction'. This was the first time I had heard this compilation record and it opened me up to a whole treasure trove of Orange juice tracks that I previously hadn't heard. 'Falling and Laughing' was the lead-off track on this album which sound tracked a very important time for our band, as it was at a time where we were touring relentlessly in the back of our old tour van. We have also said in the past that Edwyn Collins became a kind of Guru to The Cribs.

I tried thinking of something from 1980 specifically but couldn't, sorry. Maybe 'Hands Up' by Ottawan? That's 1980 right? I went through a phase about a month or so ago of loving that song and listening to it on repeat, it seems like it's written from the perspective of trying to write the ultimate pop song. And I love pop. Just not modern pop unfortunately...