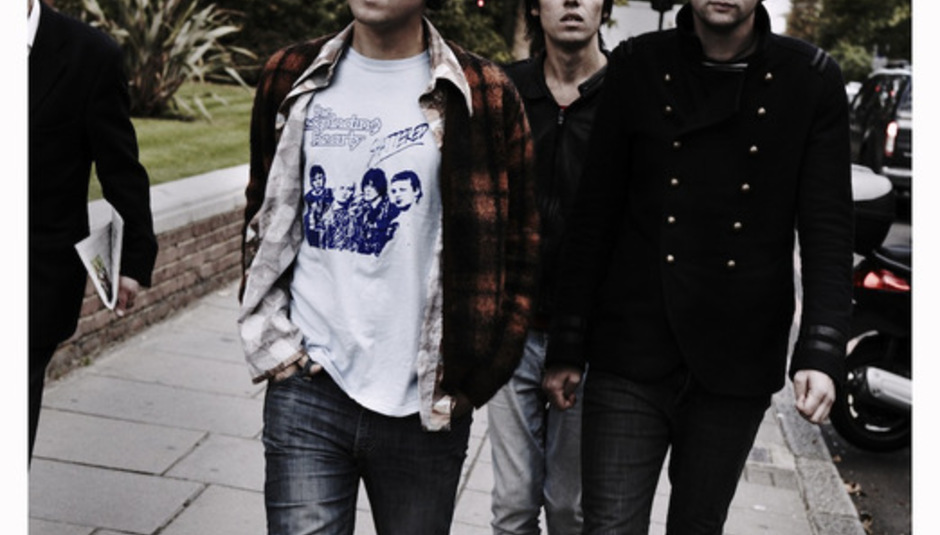 As part of their week-long takeover of the site, The Cribs talk us through their six favourite albums produced by Steve Albini...

I was already a big Nirvana fan when this came out, as were all the people I hung out with at school. That said, there weren't that many moshers at our school so that just added to your sense of identity in the band I suppose. You'd draw the smiley logo on your desk or your bag or whatever. I think this album was the first time I became aware of productions or recording techniques at all because it sounded so much different to all the other albums I had or owned. Initially I thought it was a live album as the name kind of suggests it's live in some city called Utero that you've never heard of, but suspect is in Europe somewhere. The sound of it just really impressed me and turned me on as a teenager. So raw and perfectly suited to the songs, it was my favourite Nirvana album by far and still remains one of my all time favourites. [Ryan]

There's something about this record that doesn't sound 'typically Albini' to me and I don't think that's a lame thing to say as after having worked with Steve he does have a specific formula and that is why bands go in with him. That said though it absolutely does sound like a band playing in a room, there's just something slightly different about it that's hard to put your finger on. I always preferred the Breeders to the Pixies (yes, I know that everyone has to compare the 2 which is annoying) because I like Kim Deal's vibe the best. I'm not that into the Beatles cover on here but Doe is such an amazing song, that's the main reason why I've included this record here. A great song that sounds so refreshing, Albini nails it. [Ryan]

When I was in college my band plated with these guys and I thought they were awesome live. We really liked their Sympathy For The Record Industry LP and we bought this album that night and listened to it in my scummy little flat above a vets in Wakefield all over that summer. I was playing Perfect Dark on the N64 a lot during that time too and i find it difficult to listen to this record now without having visions of splattering someone's brains all over the wall. Not sure if that's a good or a bad thing? Good, vibey, surfy, beaty Americana from a bunch of guys from Doncaster. Jack Straker rules. When I saw them they had 2 drummers, I don't know if they had that before they recorded with Albini and then incorporated two to recreate the sound of the record? Albini's drum sounds are so huge it often sounds like 2 drummers going at it anyway, especially with that little bit of pre-delay. Maybe they did already have two, I don't know. Chicken or Egg? [Ryan]

They're sorta like Hardcore without the dogma but with more fun and experimentation. While still being totally deranged. "killer mchann" is just the most sinister sounding song, metal without actually being metal. One of my favourite records in my teens. [Gary]

The first time we heard Slint was in a basement in Chicago. Which is pretty much perfect really. [Gary]

Read the rest of The Cribs site takeover here.