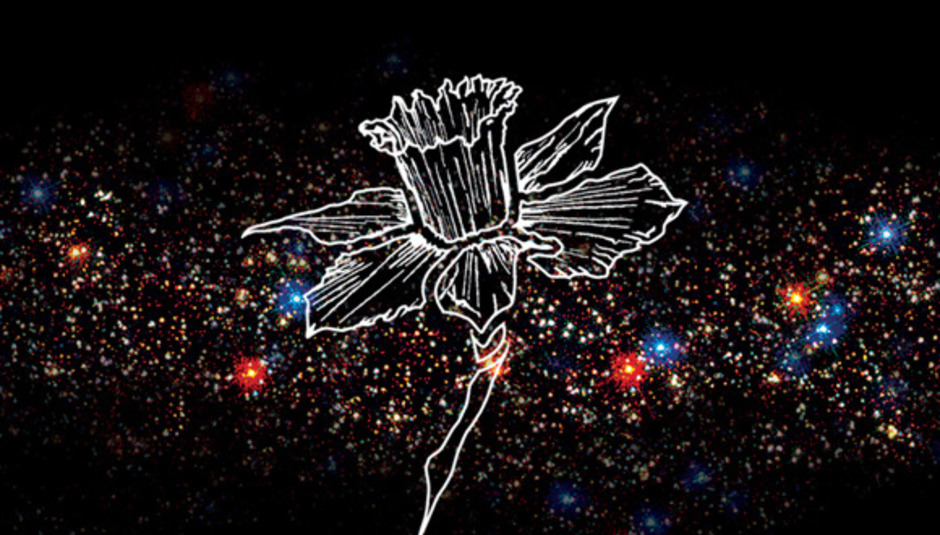 There’s something about Spring that seems to trigger bands and labels into an excitable release commotion, so I’m just going to get straight into picking out the best bits from all the stuff that’s been thrown my way recently. Several of the bands below are playing the vast Live at Leeds all-dayer this Saturday so I've mentioned where and when for those on the bill...

Firstly I Like Trains return with their third long player, entitled The Shallows, with production from Wild Beasts’ favourite studio buddy Richard Formby. Whilst it's not going to have people rushing to any dancefloors, it is indisputably an up-tempo, energetic progression of their sound. There has been a departure from some of their dark, broodier work and they now resemble The National’s breezy English cousins armed with a bag of electronic gizmos, and some 80s inspiration. Although lyrically they stick to tackling the unconventional subjects, as David Martin’s calmly delivered baritone vocals contemplate a love/hate relationship with the rapidly evolving digital world and our increasing reliance upon technology. I'm looking forward to getting my first live hearing of the album when the band open the O2 Academy for Live at Leeds at 3pm.

It’s impossible to picture the magical sounds which fill Paul Thomas Saunders' Descartes Highlands EP being recorded in any kind of bleak studio setting; I can only imagine them being created and captured in a remote wilderness underneath a starry night sky. Whilst all 4 tracks use a beautiful mix of percussion, acoustic strumming, and reverb laden vocals , 'A Lunar Veteran's Guide to Re-entry' (below) stands out.

At the opposite end of the spectrum, heavy noise rockers Blacklisters released their debut album BLKLSTRS this week. It brings together ruthless riffs, tortured vocals and brutal basslines create skyscrapers sized songs such as the below single 'Trickfuck'. Other highlights include 'Swords' with it's savagely addictive riff and course tasmanian devil vocals, and 'OK47' which could soundtrack a thousand violent b-list horror movies with it's creepy guitar lines. Blacklisters precede Eagulls at 10pm for Live at Leeds, and together they help bring to an end a strong rock line-up down at The Well.

Warning this video is definitely not safe for work (and many other places)!

Ellen & The Escapades are another band to recently release their debut album, All The Crooked Scenes, and it seems to have been embraced by the city - popping up on the stereos of all manner of local establishments, which tells you something about it's calming qualities. Their big strength lies in Ellen Smith's instantly recognisable husky tones, used to great effect throughout on the slickly recorded tracks, from the twangy country romp that is 'Run', to the grand Fleetwood-esque folk-pop on album closer 'Cast'. They'll be doing a special stripped back set for Live at Leeds at 4pm inside the majestic setting of Holy Trinity Church.

The band who released possibly my favourite local album in 2011, Runaround Kids, are back with a new single 'You'd Feel The Same', which is equal parts West Yorkshire and West Coast USA. The single released as a now sold-out t-shirt, has a simple but effective hook that appears after a minute, hangs around just long enough to get fully lodged in your brain, before disappearing never to be heard again. Fortunately they have more material scheduled to be released across just about every format going throughout the year, and they next play Leeds with the marvellous Islet on May 28th.

Sam Airey has returned with new EP A Marker & A Map, and as on his previous releases Sam intricately picks at his guitar like a puppeteer toying with the listener’s heartstrings. However this time around he’s also built upon the instrumentation and developed his beautiful sound to create a more layered and atmospheric collection of engrossing songs that take as much inspiration from traditional folk as they do every other band on these pages. He'll be playing a full band set at The Wardrobe at 8pm for Live at Leeds.

With a variety of drum beats and some resourceful synth usage Galaxians blend together a kaleidoscope of dance genres past and present including classic house, synth-fuck and 80s electro to create the sound of the band you wish your mate had asked to play his basement party. They don't seem to have any releases as such but there's a good amount of material on their soundcloud here. Their next Leeds gig is at Brudenell Social Club alongside Cantaloupe and Runners on 4th June.

From the first two bars of the The ABC Club's new White Lies EP it's obvious that they know how to craft a vibrant indie-rock tune, and as the title track (below) races along the band are instantly forgiven for taking so long to return. Front woman Zandra's vocals are reminiscent of The Long Blondes' Kate Jackson but fortunately without her grating 50s fixation, and they breath depth and intimacy into the songs, adding an extra dimension that so many of their peers lack. Their next Leeds gig is This Many Boyfriends single launch party at Oporto on May 20th.

I’ve made a mini-playlist on Spotify of my favourite tracks from the above releases where available, plus a few other recent bits here

I’m sure you’ve all gazed upon the Leeds Festival line-up by now, but it’s far from the only festival within moderate proximity to an LS postcode, there are plenty of others well worth considering…

A short trip down the M1 in early June could have you visiting the Long Division festival in Wakefield. It has the quality of a camping festival weekend line-up tightly packed into it's Saturday alldayer, but you can go home content to a comfy bed. They boast headliners of The Vaselines, Art Brut, and Aidan Moffat & Bill Wells, plus there’s a great consistency in the quality of both national and local artists across the whole bill.

A festival often praised for it’s family friendly atmosphere and value for money is Deer Shed near Thirsk, which returns for their third year this July. Their strong values evidently continue into curating the line-up, as they have Villagers, St Etienne, and Los Campesinos! all scheduled to play, plus some fine picks from the Leeds scene appearing earlier on in the day.

Beacons are back for a second effort after their unfortunate cancellation due to flooding last year, at a new location near Skipton in mid-August. They return with perhaps the most ‘DiS friendly’ line-up of the camping festivals featuring an exclusive headline performance from Wild Beasts, as well as Roots Manuva, and Patrick Wolf toping the bill. The rest of the bill is in the same vein as a Field Day line-up, with plenty of young artists that have or will flirt with the Mercury Prize longlist, plus a scattering of returning heroes.

Also near Skipton is The Magic Loungeabout, a pleasant looking do with The Charlatans playing plus several young folky types like Lucy Rose and Cashier No. 9.

It would seem that North Yorkshire is somewhat of a hotbed for enticing indie festivals, with Rough Beats near Clapham being another to pull a top line-up together. It takes place in early June and so far they have landed Pulled Apart By Horses, Gruff Rhys, and Django Django. Although Azealia Banks recently had to cancel her booking there along with her other UK dates.

Limetree Festival near Ripon is on the same weekend as Leeds Festival, they have Utah Saints topping the bill and offer a cheaper, much greater eclectic mix of music, performance and art. Also taking place over that busy weekend is Galtres Festival near York, headlined by Buzzcocks and Guillemots, and it even has a stage devoted to Leeds bands.

If choosing a festival is currently too much commitment, maybe one of these gigs might take your fancy...

Finally, we're very much open to new submissions from local artists so get some links to your music sent this way - leeds@drownedinsound.com.