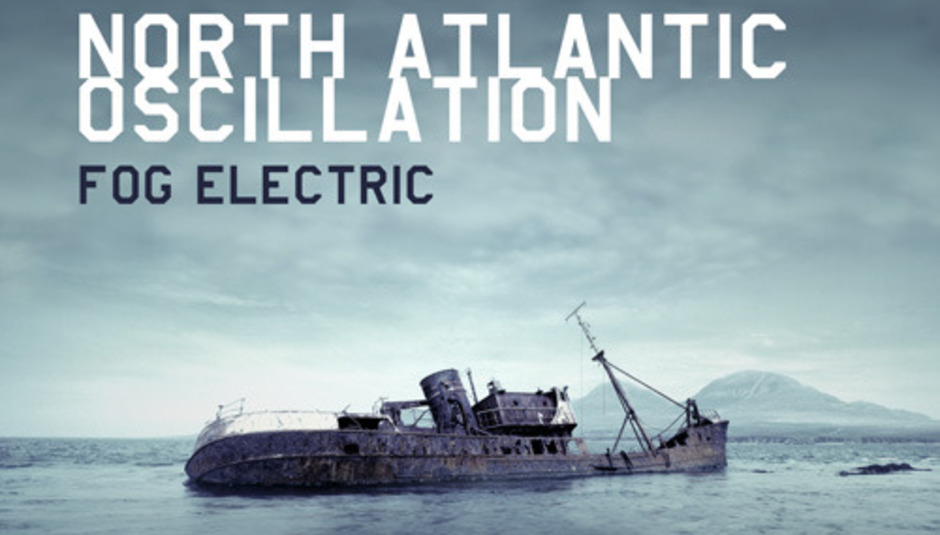 Some bands can get away with lyrics as vague as fog. North Atlantic Oscillation are one of those bands, which is why it is alright that their amiable, button-pushing, bombastic album-opener contains the line ‘Every time your legacy chimes, it’s a jubilee. And a funeral march’. This sounds like it could mean something quite massive, but the cynic in me knows it doesn't, and that in fact I am (hooray) getting carried away; riding Soft Coda's melody lines like so many bumper slides. In fact, the whole thing is broadly conjured - urgent synths raining down, an absurd guitar solo, drums laid down with Wembley in mind - North Atlantic Oscillation are not, if you were wondering, a subtle band. But I really like them, there's something wonderfully uncool about making a single this anthemic. POMP!

Wu-sampling, Big Beat-redolent, nineteen-fifties throwback Willy Moon should be the last word in retromania, the final nail in the reappropriated coffin you use as a coffee table. He should be dread. That he isn't, is mainly because when I put on one of his singles he provokes a smile my amygdala have nothing to do with. One of those enigmatic smiles; the kind that prompts writers to ask people why they are smiling. Anyway, I do one of those when I listen to him and like a Valmont, it is quite beyond my control. I also like how he still has heaps of awkward going on - I didn't know I was waiting for a popstar with the air of a lanky-framed, comprehensive b-baller but apparently I have been and for too long. Yes, 'Yeah Yeah' employs breaks as crass as Everybody (Backstreet’s Back); yes he's called Willy; yes his acting's rubbish. But I love him.

The lyrics for ‘Wolf Hand’ are ‘When I was a kid, I was a dick. Nothing changes. But it’s okay.’ Though I agree with this idea in principle (largely, I feel, it is a question of coming to terms with your own dickery), in the video they engage in some Jackass-style tomfoolery (jumping through plate glass without completing any risk assessments; hitting each other with large bits of timber), which does nothing to dispel the suspicion that Pulled Apart By Horses are horrid boys who do horrid things. Who suggest unsafe 'missions' at 4am in the morning. Boys you should never go with, even if they chinny reckon they are just going bowling. Obviously, I realise this is exactly what I am meant to think, because PABH are a proper, actual rock band. But I did meet one of them once, and though his skin had the deathly, watery pallor you can’t get a match for in Boots; and though his eyes were shot, he was charm personified, a very polite young man. Anyway, 'Wolf Hand' is excellent.

'Puts Me To Work' is a stately, baroque rock ballad on that Gruff Rhys' label and it is absolutely brilliant. Also: audibly Welsh. This shouldn't be at all remarkable, but it is, because it's only when you actually find yourself noticing an accent that you realise how 99% of BANDS sing STUFF the SAME WAY. I will look forward to the day I don't need to point out how Cate Le Bon Sings Stuff Funny but meanwhile (and having read her bio) here is The Independent to helpfully point out how Le Bon is 'a strikingly different prospect to the recent run of new female singers'. Which seems a strange thing to go to the trouble of putting on your website, given that it essentially translates as 'NOT SAME AS OTHER TITTED HUMANZ WHO MAKE NOISE'. Anyway. As I say, 'Put Me To Work' is brilliant, it is a warming, rich, autumnal single with a neat video that proves once and for all that it is possible to use tarted-up children in promos without it immediately putting you in mind of Eden Wood, aged 54, sat at a bar, and telling all who’ll listen that she was once a someone.

Super Best Friends Club's visual reference points did not help endear them to me; they have put a lot of people I don’t want to hang out with in their video. Vis: white people with dreadlocks, a lot of men with those beards that are neither bush nor stubble. Also, people with 'ethnic' tops. And I can smell them from here - I can smell you, Super Best Friends Club, with your body paint and your Lets-All-Wear-Ozrics-T-shirts-And-Live-Off-Of-Lentils-In-A-Van-That-Smells-Of-Farts-And-Incense. I mean, I don't know who they think they are, with their mushrooming smiles, cultish happenings, and their musical enlightenment. And the fucking cheek of their single, with its rolling, 'Music for a Found Harmonium'-style piano and its naïve, hopeful lyrics. Oh God, I really like it.

All these bad relationship pop videos are getting right on my tits. But oh my Godfathers, that is some hair.

It has been ages since I fell for a band on Heavenly, so it is nice to break that drought with Toy, whose haircuts are forty years old and whose amiably psychedelic rock can be best described using the word 'chug'. With everything in this song rooted firmly below the belt, it is nice to be able to [doyousee] wheel out some metaphors about rock that has had its suspension lowered; rock as warm as greasy car engines; rock that has its ceiling so low, you feel like a freak. Don't get me wrong, ‘Motoring’ is not the hot new ready sound of now or anything, but it is quite good.

Because I am quite the kook, every now and then I bicycle around home town and as I do it, I sing quite loud. Often it is to The Wave Machines’ excellent ‘Punk Spirit'. Which is one of those songs it is, in a sick sort of way, brilliantly clever to sing along to in an especially lusty way. Because if you sing with gusto to a very sad song about not having any vim left, it trips your wires and makes you smile - trust me, ‘WHERE’S MY PUNK SPIRIT, WHEN I NEED IT’ is a tonic of a line when you find yourself bereft of optimism. Anyway, I recommend that, and this, their latest, which is not perfect, because there's still something slightly out-of-step, maybe even a little unmodern, about Wave Machines. But they have a certain knack I can't ignore, and 'Counting Birds' has some lovely agitated basslines, orchestral synths, and a vocal performance from Tim Bruzon that (as ever) seems ominous and benevolent, all at the same time.

Even though I am a little bit allergic to songs in which people chart their own ruination from booze as if it automatically made them interesting, Houghton’s latest video has a neat little narrative in which a lady - horribly shared by multiple men and ruined by ‘red wine and whisky' - finds that she can expel people she does not like from her life simply by clicking her fingers. Then she gets a rabbit and becomes a magician! Of course, Beth Jeans Houghton is lying to us, because it is never that simple.

Visual tropes I could do without #2435: fully clothed people diving into swimming pools. Visual tropes I could without #2436: fully clothed people in the bath (milky water, optional). If you can get past the bath in the video, ‘Passage’ is some thoroughly epic, desperate wail; all DRAMA and MEANING sung in such a way that each wobble is imbued with a thousand dog-eared copies of The Fountainhead. I don’t doubt for a second Exitmusic feelings are genuine. The real trick though, is to convince us to feel it too.

Wendy is on the internet, here. 'Chug' is one of those words that feels like it should have an entry in the Urban Dictionary, isn't it? Don't tell me, I don't want to know.

Striving To Find Depths In The Shallo...