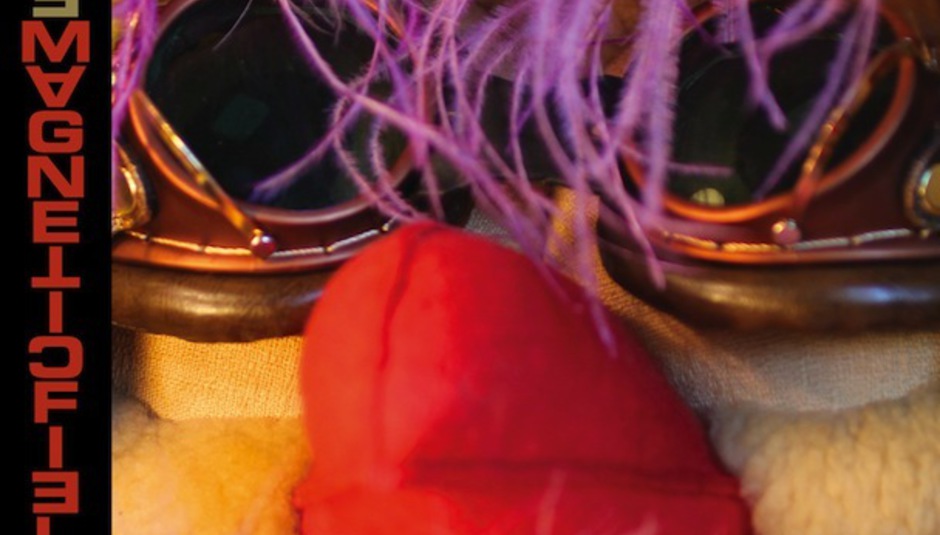 When there are bands in existence who can write lines like ‘I’d sign away my trust fund, I would even sell the jag / If I could spend my misspent youth, with Andrew in drag’ you rather give up on everybody else. It is enough to put a person in mind of pedestals, and exactly who belongs upon them, and who deserves dislodging with a well-placed banana skin. It is of course because of that voice. And the word 'forlorn', which was made to describe it. And how it sounds as if it had been engineered for anyone who feels that had the planets been aligned just one millimeter to the left, they would have found themselves suckling in Gashleycrumb, doomed. I also think anyone who writes a song called ‘Smile! No One Cares How You Feel’ for actual children, deserves an actual sainthood.

Porcelain Raft - ‘Unless You Speak From Your Heart’ (Secretly Canadian)

‘Unless You Speak From Your Heart’ is here to demonstrate the principle of restraint. It can stop at one glass and does not suddenly turn around, half an hour later, to find itself tonguing the bottle upside down and cursing the lazy opening hours of the local beer-off. You can tell this by the way it has one central idea – an echoing, dizzy, minor key organ riff – which it will now proceed to stick to for the whole song. It is a whisker away from working.

Justice’ single artwork has a naked lovely trilling on her ladyparts in front of a monolith-crucifix, because they are well the best at being outré and ridiculous (French). So outré and ridiculous (French) are they, that it is possible to conclude that the message of their artwork is that Justice’ logo is good enough to make you do a wank. And it’s kind of interesting that this is part of what music has become, until you realise that they have stolen their branding from God. And then it’s a bit what-do-you-want-me-to-say-about-Justice, it’s-not-2008-anymore, and they have made a perfectly proficient ELO-style, pomp rock jam in which a woman is addressed as ‘woman’ like they did in the seventies when all the isms were okay. It’s really good and everything, but I kind of feel like every encounter with Justice is about them communicating just how many jackpot-bodied women they’ve persuaded to undress, as if they’re still sharing said information from behind a textbook, eyes popping at their own, grand luck.

When alternative pop music decides to make records about DJs - especially ones about DJs who provoke dancefloor-based epiphanies – it is nearly always annoying. Mainly because said records almost never sound like the sort of sounds that really do save, in Proper Clubs, where no one would be seen dead listening to Niki & The Dove when extended Derrick May twelves were readily available. It was grim when the Ting Tings done it; and they really are the worst band, a band dreamt up for the edification of young people by execs who never actually met any; that pathetically limp-wristed refrain of ‘the drums, the drums’ sounding exactly like the idiots who, back from their first term at Uni - and with one Klub Kl@ssix comp under their arm - tried to convince you they were never a Goth. I digress, and not because ‘DJ Ease My Mind’ isn't pleasant, because it is. I just wish indie would just stop trying to bleeding well have it all, it can’t have The Clubs AND pop music that has feathers glue-gunned to every note. And no, I don’t want to have a pointless row about what constitutes ‘alternative pop’, ‘pop’ or ‘indie’. Because I have better things to do, like ‘eating this sandwich’.

There’s something strangely comforting about the fact that there will always be bands like Evans The Death, with their rubbishy guitar solos and their songs inspired by a friend who said he had cereal for breakfast when he actually had egg. Needless to say ‘Telling Lies’ is not being beamed directly from Satan’s bumhole and is about as prosaically un-rock’n’roll as socks at a sex party. It’s still charming.

Somebody on the internet wrote ‘I water my plants to this song’ under this song on the internet, and after that all I could think about was someone wandering around their house with no pants on bothering foliage with one hand while another helped along a solitary, early dreadlock.

‘Breaking The Yearlings’ is pretty grandiose and it means business, alright; it is demented, it has stadium drums and hysterical vocals, sung in the round. Thing is, I want to like it but at the same time I am getting a strong feeling that it is a bit Simple Minds. And that because it is taking itself so bloody serious, I am not going to be able to keep my face straight.

‘The Road’ is some pretty straight-up, doom-synth-laden, robot-voiced, spoken-word wibble. But it did put me in mind of ‘Kissing With Confidence’, and that in turn lead me to an internet page where I found out how ‘Kissing With Confidence’ was in fact from a spoof self-help concept album called ‘Dancing For Mental Health’ which rock photographer Lynn Goldsmith done under a pseudonym in 1983 – none of which I knew before today. Hooray for the internet, also knowledge, also Static Caravan for putting a sixteen-line David Lee Roth quote on the one-sheet. Now that’s how you do press.

If even Madonna has cottoned on to the fact that it is well cool to take the vowels out of words, then perhaps it is time for Blklstrs to put them back in. Or spell their name with just the vowels, even though ‘Aie’ could cause a few problems down the shops and sounds like an exclamation from a bande dessinée. Not to worry, you guys, because ‘Trickfuck’ is Jon Spencer Blues Explosion by way of 'hell'. And though it is kind of daft it is too lively not to be loved, at least a little.

It a strange morning when you find yourself sharing a point of view with YouTube commenters, especially ones with lives that leave them time enough to write messages to strangers on the internet about how one song is gooder than another song because it was the first version of that song. But I do agree; what is the point of covering The Cramps, and what is the point of skuzz, if you are going to polish it and take out the precise thing that made it so filfy in the first place? Poison Ivy! She was quite good.

Wendy is on the internet, here. One of this week’s singles has a video in which there is a woman doing meaningful contemporary dance in a caravan, although the precise meaning of the meaningful dance was not entirely clear. You know, like life.