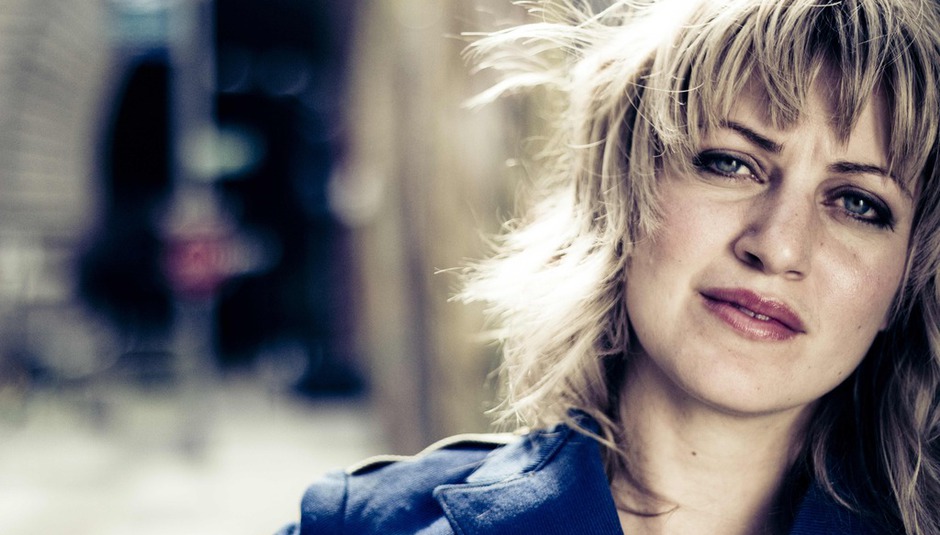 “You can’t really draw a line from A to B and say this is what this means. The recession has something to do with it, this hard time in the States. There's no guarantee that you're going to be taken care of; there's a feeling of being an orphan. Young people growing up, poor people being thrown out of their homes, a lot of people can’t afford the medicine they need. There’s a feeling that we’re like wild wolf-children... Or lost sheep. And there’s no shepherd. ” In April 2010 Anaïs Mitchell released the dizzyingly ambitious folk-opera Hadestown, a retelling of Greek legend set against Depression-era America. One of the underground success stories of the year, it never quite broke through in the manner you might have expected. Critically adored, packed with memorable songs and featuring Bon Iver’s Justin Vernon in a role he was arguably born to inhabit (that of Orpheus, whose sweet voice was said to inspire even trees and rocks to dance), it nevertheless gained a fervent cult following.

I call her in early December as she’s making a brief stopover in London to discuss her new album, a fierce yet surprisingly tender collection of songs entitled Young Man in America. Multiple protagonists are again at its helm (though this time Mitchell voices them all herself), and myriad themes, desires and motivations are again explored over its course. Mother and father figures are repeatedly invoked from the outset, its titular character bursts out of his mother’s womb “hungry as a prairie dog” thus beginning his restless search for pleasure and success, while America itself is painted a stark milieu of highways, cities and forests; a “wilderland,” its denizens desperately seeking something more than their lot in life.


It encompasses so much, in fact, that after a week of concentrated listening, the interview I have prepared resembles not so much a set of questions but rather a series of loose observations on the album itself. I explain this to Mitchell near the start of our conversation only to be met by laughter and assurances that we’re both in the same boat. An easy, delightful presence, this is the first interview she has done about the new record, and as she notes later in our conversation: “When you do a few interviews on a record you kind of know what you’re going to say. And I just totally don’t have that.”

“It was definitely the most collaborative project I’ve been involved in,” Mitchell says of Hadestown. “And that was really beautiful at times, to be working on something that wasn’t even mine. It was like a community project which gained energy from all the different people that got involved in it. Young Man… was a much more intimate experience. And the writing of the songs too – they’re very personal songs; most of them aren’t from my perspective and they’re not about me, but there’s definitely a lot of emotion in them that I felt coming through my heart.”

‘Wilderland’ opens the album in electrifying style, its deliberate percussion and squalls of violin and guitar neatly establishing the kind of world in which the album takes place. Pressed on the significance of its title (also the name of her new label) Mitchell reflects on her upbringing in the small New England state of Vermont, where her parents – “hippie back-to-the-landers” – moved in the late 1970s and bought a farm. “There are long, cold winters, a lot of people living off the grid, in the woods. There’s a mentality there that’s very independent, so it sort of makes sense as a record label name.”

The LP is also peppered with archaic language that sounds more like something out of an 18th Century ballad from this side of the pond. Mitchell has, in fact, been working for a while on another project that aims to interpret the Child Ballads of centuries past for a modern audience, and listening to British and Irish folk greats the likes of Martin Carthy, Nic Jones and Paul Brady. She speaks passionately of the work, and explains: “For me it’s a very exotic language, because it is English, and it is my language, but it’s got these resonances that come from our ancestry; the ancestry of Americans.” Further contemplating the idea of a “wilderland,” she speaks of the recession. The doldrums that America currently finds itself in implicitly touches everything on the album, and in this sense it is a very contemporary (and very American) work. “There’s always this hunger for more,” she continues, “which is not logical. It’s a feeling. It’s a thing you wake up for. You wake up in the morning and you feel whatever it is: the guilt or the hunger. Still, it’s not something you can combat by having an idea about how you should live your life, you know?” She pauses on the other end of the line. “Does that make sense?”

She’s referring to a legacy of capitalism that has led to a perceived workaholism; a constant striving to outdo yourself that permeates the record. Album centrepiece ‘Shepherd’ tackles this head-on. It is based around the prologue of a novel entitled The Souls of Lambs which her father wrote around 30 years ago, in which a shepherd and his wife face her labour and an incoming storm at the same time. In his rush to retrieve the harvest before the storm lays it to waste he ultimately loses both mother and child. On the story: “It’s really no-one’s fault, what happens, but it’s his obsession with his work that inadvertently leads to the death of his wife and his unborn child. It is such a very sad story. It just always spoke to me because we all wrestle with that in a metaphorical way. Are we neglecting the things which are important and real in favour of these things we are relentlessly pursuing?”

It is her father’s face which adorns the album cover, though Mitchell still hasn’t told him this, and though he has heard the song, she has no idea what he makes of it. She read a lot of his writing (he’s now a retired college professor) when she was much younger, though she considers writing the song ‘Shepherd’ akin to opening a dialogue with him as a young man. “Isn’t it amazing to think,” she posits, “what it would be like if you met your father or your mother as a young person your age, before they had children. Would you even get along? What would you talk about?”

Something else that only a perfunctory listen to the album reveals is a catalogue of different professions. The song ‘Tailor’ in particular sees its protagonist embark on numerous different vocations in order to please someone else, which I find curious given that Mitchell has spent nearly a decade in the music industry, having seemingly found her calling long ago. The song features a remarkably assured vocal performance – her sharp, distinctive voice now radiates the kind of maturity her early albums promised – finding its narrator something of an empty shell by its close.

“A song like ‘Tailor’ is a very personal song for me. I know that feeling, when you become so impressionable to someone’s opinion, that if they say you should do something, you just do it. And in the song he tells her all these things, and she then becomes all these things, then he leaves her, and she’s lost. He could be a lover, he could be a parent…he could be someone who’s taken over a big part of her fancy.”

It is clear, after spending some time discussing the record with Mitchell, that turning 30 has made a massive impact on her songs. She jokingly mentions a sense of Protestant anxiety as in part fuelling the myriad ways of making a living that feature on the album (“If you’re a tailor, say, you can wake up and go to work all day then come home and know you’ve done your day’s work, while as an artist you never know”), and also offsets the “joy” of life as a touring singer-songwriter with another school of thought: “You reach a point when you’re like: what about the rest of it? What about my life? What about saving the world, what about having children? What about being a good friend and a good family member? A feeling of being lost might have come over me that makes its way onto the record.” Hearing Mitchell speak so candidly about her creative process and the wider concerns that inform this album is fascinating, engaging stuff, and it is clear that the idea of family and community is of immense importance to the singer. She dwells on the inherent strangeness of this “time of our lives…when we’re no longer being parented, but we’re not parents yet.” Asked what she thinks she would be doing were she not making music, she mulls it over and asks if I have ever experienced the “sudden realisation of the paths not taken,” and the fact that “You realise you can’t do everything in your life. You can’t go everywhere, and be everywhere. You have to choose. And that’s sad, you know.”

Sadness is something that heavily informs Young Man in America, as on the devastating, elegiac ‘Coming Down’, which abandons imagery and wordplay in order to capture what Mitchell describes as pure feeling: “It’s not very clever, or smart, or anything. I think that we’ve probably all felt that feeling in the midst of a really good time – the imminent end of it, and the emptiness of it.” Indeed, the debauched, Dorian Gray-esque nature of the Young Man’s odyssey is surely not destined to end well, and in ‘Annmarie’, gender roles are reversed as the song’s narrator pleads mercy from his other half. But if tales of obsession, grief and unrequited love form the thrust of the record’s allure, a smattering of hope and beauty among the travails of modern existence round it out. ‘Venus’ is a snappy, addictive evocation of love and lust that sees its titular character descend from the heavens in a “cloud machine,” inspired a little by this as well as “the idea that somebody will swoop in and everything will be okay,” while ‘Ships’ is a rousing closer that grapples with loss in defiant, conciliatory terms.

Over the course of our hour-long conversation Mitchell speaks with such eloquence and zeal about her craft and about language and music in general (from old Catalan folk songs she discovered on compilations to the “wild, bizarre” beauty of traditional British and Irish storytelling), and sets out such firm, refreshingly optimistic ideals about the nature of releasing her music independently that it is difficult not to get a little swept up in her enthusiasm. “You just keep going, and see where each one leads,” she states regarding getting her albums out there. With Young Man in America, a literate, sweeping statement of intent and indictment of modern ills both personal and political, you have to hope it leads towards the kind of wider success she so richly deserves.