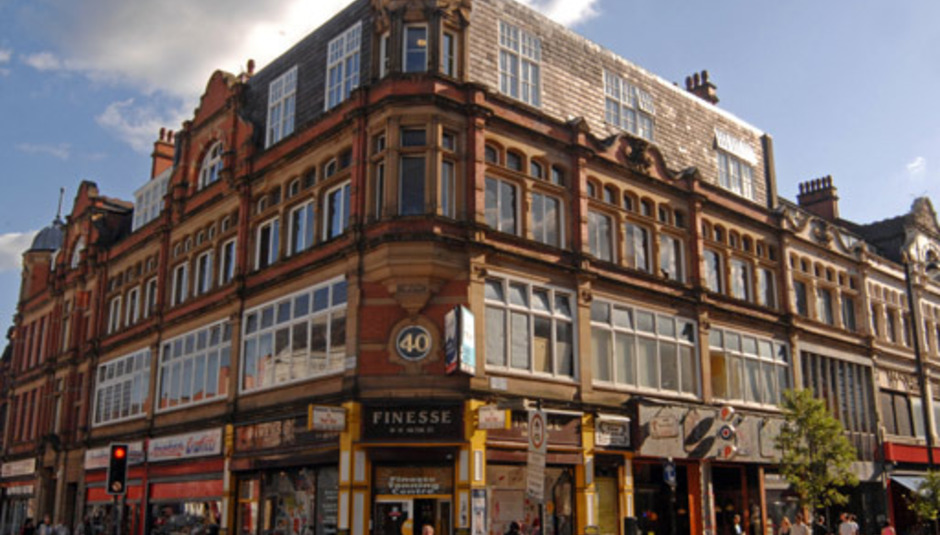 As it comes to the end of a year and, by the time this is published, the beginning of a new one, I find myself looking at Manchester and observing a music scene of complete fragmentation. This is of course in keeping with many cities in 2011; areas as big as here have always had a huge diversity, but it’s never been easier to hear them all shout – which means it’s never been harder to discern those worth listening to from those who aren’t. The positive side of this is that the region has finally laid to rest any pre-conceptions about its musical output - a pity then that one of the biggest factors that led to such pigeonholing should announce their multi-million pound return.

With that in mind, I’ve opted not to repeat the hastily assembled top 5 albums that I put together last year, or the essay on declining live attendances and struggling promoters. Because we’re still sitting pretty here, really, we’re a city that has pockets within pockets of variety; so here, simply, are 11 releases from Mancunian labels or acts that, I hope, represent, if nothing else, a spectrum of all we have to offer. If the events in Heaton Park next summer get too much, then check back here to remind yourself of the continuing grounds for musical progression that this city still is. A label known largely for its penchant for all things lo-fi, Comfortable On A Tightrope pulled off a real coup by teaming up local noiseniks Waiters with Japan’s Nisennenmondai on this brilliant split release. A teaming up that works together better than you might expect, Waiters are gloriously languid in the face of the Tokyo-based trio’s sharp-edged ‘Soundtrack…’; ‘Tomorrowland’s’ halcyon drones carry rather than submerge the cut’s deliciously simple melody. Technically cheating here, but it was impossible to split Gnod’s two LPs this year, each offering different sides of their psychedelic coin. Whereas the former was methodical in its sonic break down, two tracks of 20 and 13 minutes respectively bludgeoning the senses, the latter – recorded in a hazy few days in Chaudelande, France – was instantaneous in its desire to twist and mangle the senses, heavy on the scorched riffs and wild motorik. It was double proof, again, why they’re one of the best at what they do in the country. Vatican by GNOD A big loss to the city’s music community in 2011 was MIE Music, who returned to London after discovering, like so many new promoters in the area, that sometimes there simply aren’t enough people to go round the variety of different nights on offer. The good thing for us though was that whilst here they picked up a couple of acts. Also worth a name check at this point are improv-drone pair the Cheetham/Birchall Duo, whose CDr ‘Tipping Point’ was also made available by MIE. A more focused excellence came from French-cum-Mancunian duo Part Wild Horses Mane On Both Sides, ‘Poisson’ gaining a vinyl release and proving a master class in holding tension through its flute and percussion-led aural experiments, a sense of the medieval in the pair’s jazz-informed explorations. Literally nothing was known of Wode when I first saw them at about 3 in the afternoon at Salford’s wonderful coming together of promoters and venues as part of Sounds From The Other City Festival in May. Then they were just a scuzzy two-piece, but by the time this demo cassette started circulating in the Autumn they’d beefed up into purveyors of some of the blackest metal witnessed in Manchester all year. A shot to the jugular, the roughness of this demo merely added a razor-sharp edge to what were already a viscerally thrilling collection of tracks. For all the varying pockets of music opening up around the city again this year, as ever those that looked like they had the best chance of escaping the M60 circular for good were those of the more indie-pop persuasion. Whilst the likes of Ghost Outfit, Weird Era and Money had their moments – all three impressing live ever more as the year went on - it was four-piece Patterns’ wistful melancholia on the groove-driven dream-pop of their debut double A-side that really stood apart. Released on local label Melodic, its firm emotional core stopped it from ever drifting into the realms of meaningless escapism. What a treat it was for Manchester that Ghosting Season – a duo who need no introduction to DiS – should move permanently from across the Pennines to here, injecting a new dose of life into the electronic scene with shows for us and Grey Lantern at Kraak, as well as supporting Omar Souleyman in December. Even better though was the four track EP ‘Far End Of The Graveyard’ which added a furtive dance floor element to the nocturnally evocative drones of their previous work as worriedaboutsatan. They win the award for most popular new residents hands down. From new arrivals to local mainstays; there were more than a few who’d been waiting for Air Cav to finally release their debut album, the group’s previous activity in the studio had been released as far back as 2008. ‘Don’t Look Indoors,’ when it came, was well worth the wait though, the group’s violin-tipped post-punk coming with its edges blurred to position it in a slightly more transcendental place. For some there was the sense of welcoming back old friends, but ‘Don’t Look Indoors’ also suggested a new start and a sense of more to come – our man David Edwards certainly thought so, awarding it a well-deserved 8/10.

From The Kites Of San Quentin ‘Mitochondria,’ EP (This City Is Ours) ‘Kites will surely blow up one day, the signs are definitely there. A launch gig for this EP, promoted largely on word-of-mouth, saw more than 100 people turn up to Salford’s Sacred Trinity Chapel to take in a stunning performance featuring visuals hung high above the apse. ‘Mitochondria’ itself was only intended as a final emptying of the cupboard before work began on their debut LP, but the quality in the three tracks that make up the EP’s glitch-hop framework can’t be denied; juxtaposed with Alison Carney’s piercing vocals, the result was a captivating document of ‘Kites year which will probably go down as their best one so far.

Coming seemingly from nowhere, producer Damu vaulted over a host of his local contemporaries to end 2011 top of the pile thanks to debut LP ‘Unity.’ Sprawling in its scope but possessing enough party pizazz to impact instantaneously as well, its twelve tracks flowed with a sense of ease, occasional sonic curios dropped in just to keep the dance floor at least a little on their toes. Whilst the London riots have been dissected, picked apart and pored over by many, Manchester’s response to its own night of violence has been bewildering to say the least; so swept under the carpet has it been that at times you’d be hard pushed to think that it had ever happened at all. As has largely been the case nationwide it’s the city’s urban musicians who’ve been most vocal in their reflection of what many opted out of getting into by discarding it as copycatism. ‘Torches’ fusion of grime house and electro possesses all the dance floor sensibilities you’d possess of a group whose local club night has been among the most popular in the city week-in-week-out. However its words are spat with a focused anger, a clarion call against politicians and a recognition that what happened this summer did so for a reason, and shouldn’t be ignored. Chris Butler’s previous guise as one half of the stripped-back acoustic duo Butler-Williams abated at some point in 2010, in its place came the first two in a trilogy of collaborations with other local musicians – solo artist Kathryn Edwards and Yields member Simon Connor – that didn’t travel too far from his initial work. That changed on ‘Part 3’ and a team-up with Samson & Delilah’s Sam Lench; though still possessing the sense of a confessional tone, the four tracks in the finale of the triumvirate bristled with a rugged energy, a captivating sense of anger coursing through Butler's normally weary delivery, ‘Bring You Round’ a particularly abrasive shock to the system.

We Are Willow - Bring You Round by DrownedInMcr

That’s it for 2011, the format of the Manchester column’s going to change a little in 2012 with less artists covered but more in depth in a misguided attempt to really try and separate the wheat from the chaff. In the meantime you can follow me on Twitter at @essjaycats. My personal DiS-related highlight of this year was being accused – quite correctly – by an embittered Wu Lyf of being more excited for the new Friendly Fires record than their own, patchy effort. ‘Splitting Blood’ remains a tune though.