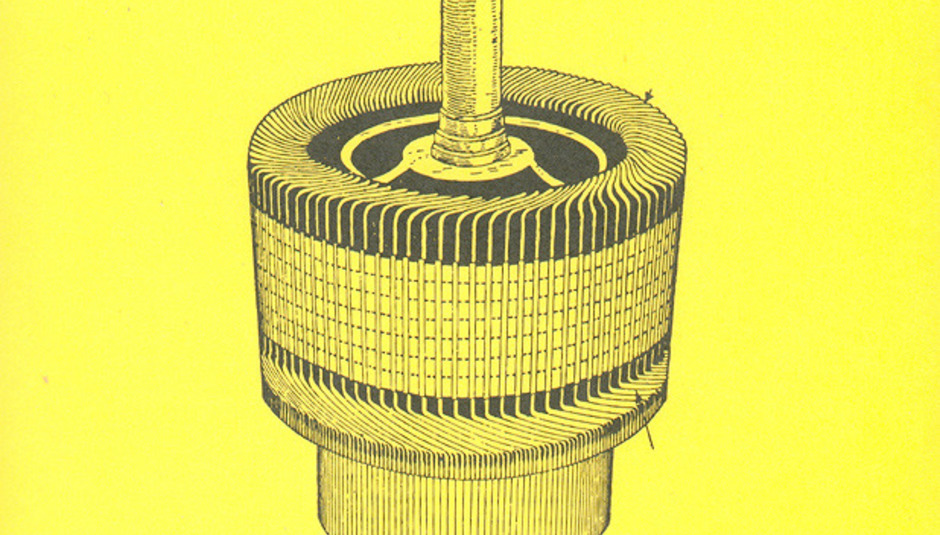 However, each and every year, there are records which slip through the cracks, that individuals who write for the site absolutely adore, yet few others seem to even be aware of. To help highlight a few lost records, a few years ago we invented the Lost List, and ask individuals to write some words explaining why they love the album in question. Next up, our former Drowned in Sound columnist, Billy Hamilton, shares a personal tale of a record he wishes to upgrade the 7/10 score he awarded it earlier this year...

Back in March when Factorycraft was released, it didn’t feel like a record that warranted much attention past the initial curious few listens. Found, the album’s creators, had seemingly gone from eclectic, electronically-charged path-cutters to “flat-out indie-rock”, as I so charmingly described their musical evolution in these pages. For a band (or arts collective, if you’d prefer) so cavalier in its pursuit of the unknown, there was a disappointing sense of regression in their efforts.

It wasn’t that Factorycraft was a bad record (for those who get into a midden over these things, 7/10 is a GOOD score) it was just a surprising one. Found, after all, were renowned - in Scotland at least - for pushing boundaries and stretching ideas, often creating astonishing, free form funks that climaxed as unidentifiable melodies. Yet, here they were as a stripped-down three-piece dishing out threadbare, straight-laced ditties. It was fine, yes, but something didn’t seem quite right.

So, I forgot about it.

Left alone to collect pixelated dust in my Apple-made MP3 shelf, I imagine Factorycraft, if it were a Cypbraphone-like machine, would have wondered what it had done to suffer the indignation of languishing with the also-rans. After all, had it not received a reasonable score? Hadn’t I commended “You’re No Vincent Gallo” and ‘Anti-Climb Paint’ with a swooning, pear-tooth grinning thumbs up? So why, that collection of compressed files would have asked, do I regularly skip past them like some sort giddy girl guide when it made an unsolicited appearance on my morning commute?

Well. The fact is Factorycraft is a solid, straight faced work of Scottish songsmanship. I had appreciated its sounds, I’d even compared them to Arab Strap - Arab Fucking Strap - but nothing kept me coming back for more. To these ears, it was an austere album for austere times. Given the chance, my fingers flicked to the wild, bestial ravage of Tune-Yards’ WHOKILL or the thrill of SBTRKT’s pavement scorching post-dubstep,. Why bother with something so… flat?

And then it all changed. In my last few days of living in Edinburgh (a town I’d called home for 11 years), Found played a miniscule indoor festival in a church just off Leith Walk. While all around them were turning out earthy, arid acoustica to a congregation of hirsute chin strokers, Found vented an itching, scratching, syncopating spleen of bug-eyed electronica that scorched through the church like the burning fires of Beelzebub.

It was a revelation. Here was a band making the most maddening, insane, futuristic sounds on stage, yet its last record had almost passed me by. The feeling didn’t fit. So off I hopped, back to my 4th generation, screen-splintered iPod handed down from my other half. Skipping past The Field, The Flaming Lips, Floatation Toy Warning and Foals, I eventually landed at Found’s doorstep; softly knocking, almost apologetically, to be let back in, because maybe I was wrong; maybe it deserved a second chance. Maybe I deserved a second chance.

And what difference a few months of space and time made. Factorycraft suddenly began to make sense. What I discovered wasn’t a straight-edged, indie-pop jamboree; instead, here was a dark, dank, slow burning cauldron of invention. Sure, guitars chimed with jingle-jangle glee across the bow of I’ll Wake With a Seismic Head No More, but under the surface lies a complex eco-system of rhythm that holds infinitely more brevity than I had ever imagined.

In reflection, I still stand by the review, so there’s little value in labouring the same points here when you can read it here, but what never clicked in that two week period of pre-review listening was Factorycraft’s prolonged ‘stickability’. Even now, I find myself edging back to the shimmer-pop tones of ‘Machine Age Dancing’ and the berserk post-tropicalia squall of ‘Every Hour That Passes’ in search of something new, something I’ve missed. And, y’know , 50 plus listens in I usually find some sneaky little nuance that’s gone undetected, slowly rising to the surface, demanding the attention of my piqued lugholes.

Even today, as I sit on the 7.33am to London Liverpool Street, another component of the dullard Metro-reading commuting community, the menacing throes of ‘Blendbetter’ ring right through me. At this precise moment, it sounds like my own cinematic victory, a striding two fingered salute to the anodyne life of Windsor -knotted ties and starch-ironed shirts. Eight months on from its release, Factorycratft has become my way of negotiating the travails of trains, tubes and twats who spend half their life playing Angry Birds on tablet computers. And here, at the end of 2011, this is no longer Found’s record: it’s mine.

DiS Report: The Girl With The Dragon ...