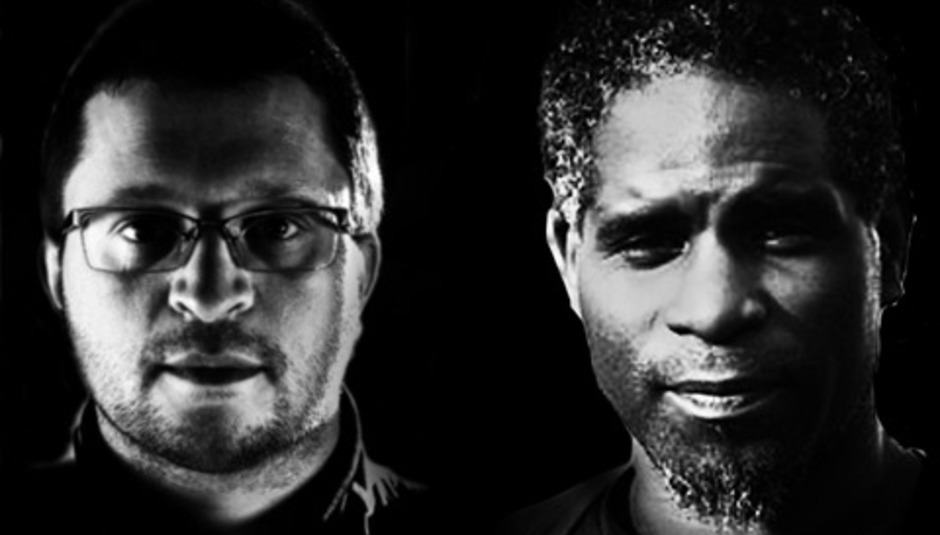 Africa Hitech are good for many reasons, the primary one being that their entire song is an inducement to stand down, pick up your gauntlet and stop being a fighty div. It has words in it I intend to introduce into my own lexicon (e.g. ‘schoolface’ - which one can only assume is the face one pulls when one is being an unwise, immature, fist-brandishing rufty); it is blippy in a way which puts you in mind of organs rather than the infinitely dread chiptune; and it has joyful, nifty-footed production that reminds you of glass slippers hopping deftly over crystal stepping stones. ‘Trust me,’ say Africa Hitech, ‘Tink again,’ they exhort, popping my knuckles back into my pockets and giving me a nice cup of camomile. I mean, I was the sort of child who ran in the other direction the minute a circle gathered and chants of 'fightfightFIGHT' started up - so they are definitely preaching to the converted. But I still think this single is wise and larksome enough to convince a mob.

As every Timber Timbre song is about either a) having sex on some sort of ankh-shaped plinth in the woods, or b) witchy drinking rituals which provoke a person to do a); and because involvement in either of these things is likely to lead to a state of confuddlement whereupon it will be necessary to listen to a Timber Timbre song in order to make sense of it all; might we just take a moment to say thank you to Taylor Kirk. Nobody is making songs that are this delirious or laden with sauce about practices you do not find listed as favourite pastimes on Guardian Soulmates. ‘Woman’ is the musical equivalent of using holy water as a whisky-provoked hangover quencher, and it is wonderful.

Being able to identify the olden-ness of a thing and having enough money to purchase it and/or put it alongside a load of other old things does not a curator make - it is all the things you did not buy and the arrangement of objects that matters. Which is why 'I'm Homesick Sittin' Up Here In My Satellite' is particularly brilliant - bigamously marrying as it does snippets of dialogue, Bollywood orchestra rolls, tribal drums, brass flares and wavering psych choirs in such a way that you feel like the whole of the V&A were being stuffed into your ears. But such is Doldrums' elan, you can consume it all and never feel like you have eaten a cultural food baby. I wish Doldrums was a crumbly old dude cataloguing treasure in the basement of the V&A - but I have a feeling he is about 12 and three quarters, and has better footwear than I do.

Elephant have not chucked a bucket of red sauce over the canon or indeed the rule book - what they are doing here on ‘Assembly’ is utterly quite heard-before and familiar. Nevertheless it has a marvellous warmth of tone, breathless vocals, and a cathedral depth, that all combine to produce that most unrare of things - an endurable hipster couple one does not wish to slap. 'Assembly' is rather like a more wibbly and slightly less proficient Broadcast. This single also contains this week’s most useful bit of pop wisdom ‘Don’t dwell on who, won’t dwell over you’.

‘Time Is Like A Melody’ is a deceptive little thing, as unassuming as a Swede in a war room or forget-me-nots on a lawn; and as amenable and nice as either. It is quietly making its point and swaying hypnotically as it does, and I think it is trying to say something about how time, is like, a melody? But not, in an annoying way? I mean, even though the worst thing in the whole word is hippies, and there is no paranoia more irritating than that personified by those who claim to have danced through the world entirely uncorrupted by its wiles; still I quite like a wibbly shanty of a single that has endless, echoing layers, dulled xylophones, washes of morphing keyboards. I think the word I may be looking for is 'elegiac' (do forgive).

Exits are difficult things; one too many fuck-all-a-y’alls and you risk not getting your carriage clock. Still Dananananaykroyd (who I have only just worked out how to spell) are off, they are going to go back to Real Life and will no longer enliven the worlds of those who loved their particularly ragtag brand of enthusiasm. ‘Think & Feel’ is in many ways everything a Dananananaykroyd single should be – which is to say, fidgety, exuberant and entirely lacking in pretension.

I am quite happy for Rimar to mine this particularly smooth, R'n'B seam, it is one in which ladies melt at the sight of satin bed linen and where guitars are strung with Slinkies. By all of which I do of course mean that this is the sort of jam which demands a montage; and preferably one in which rollerskating ladies wear towelling short-shorts and men have elongated facial hair. It even has some of these exact same louche types laughing in the middle of the song, as if they had just discovered a ready-heated hot tub behind the patio curtains.

PET’s intriguing song title led me to them but I stayed for their atmoss, ‘Middle Child Syndrome’ being filled with exactly the kind of non-whiny vocal strain I adore, some neat syncopation and enough echoes to fill a Batcave. This is one of those rare times where I feel prompted to talk about how beautifully a thing has been recorded; each layer here has been afforded its own platform but none compete, and there is a sense of a fully formed vision being entirely appreciated by whoever was at the controls. It sounds a bit like Panda Bear might if he were still in the business of pop songs rather than musical excursions, and I like it very well indeed.

First Aid Kit have yet to make a song I didn’t like, and ‘The Lion’s Roar’ is no exception. They have a clarity and beauty all their own, I think, and a sense of character and story that in many ways should see them gathering armfuls of Baftas. I say this, but I would happily hear them sing about hollow farts emptied into jockstraps, and still find it strangely beautiful, almost real. A PERFECT BAND.


Wendy is on Twitter, here. She cannot spell 'Dananananaykroyd'.

In Photos: Glasvegas @ The Leadmill, ...