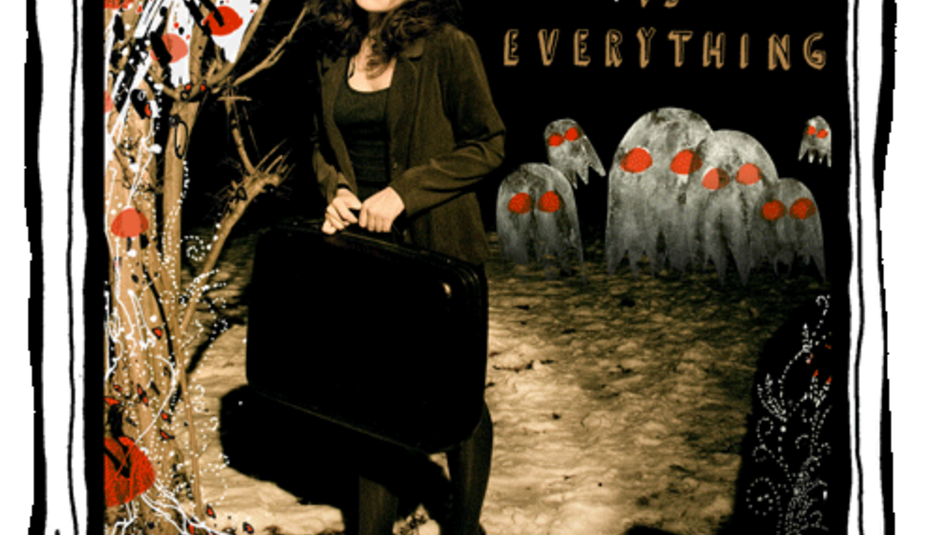 Johnny Foreigner vs. Everything track-by-track

Johnny Foreigner vs. Everything track-by-track

Johnny Foreigner return with their third album proper, Johnny Foreigner vs. Everything, released through Alcopop! on November 7th. Guitarist and singer Alexei talks DiS through their latest offering...

"Some technical stuff cos I know people like that sort of thing. Mostly everything was recorded by Dominique James onto his shiny mac. I don't know what programme so I'd guess itunes or garage band. We tracked drums and guitars and other loud things at our studio in digbeth. We're not allowed to tell you the name for some shady reason, so you can call it candyland. After we were a few songs in, we started extra sessions adding vocals and mixing in Dom's spare room at his sweet parents house. As all this is going on, we're still writing stuff and inundating him daily with rehearsal demos. We took from February 'til August. We had two chunks of tour in the middle, which was ace cos it gave us a chance to leave things and come back with fresh ears. We used too many (borrowed) amp combos to remember. We methodically re-amped all the bass and most of the guitars. That means, we recorded straight into the machine, and played them back through amps and rerecorded them. This means, as soon as you stop being freaked out that your amp is playing your parts without you, you have your hands free to mess around with settings and different amp/speaker combinations. In practice this is more boring than it sounds, especially at 5am in the morning when you have to give Stagecoach their bassman back at 12. Me and Junior use cooledit and fruityloops, they're both super out of date amateur mixing and sequencing programs respectively, but childishly simply to use. and a big step up from our previous practice of humming into a camera phone.

1. if i'm the most famous boy you've fucked then honey yr in trouble

One of the last songs we recorded, but in my head this was always going to be the introduction. There's this couple, old friends whose lives I unwittingly starting chronicling in choose yr side and dark harbourzz, this song is bitter reaction from their social circle + last night of holiday desperation + the gerling trick of shouting names of cities you've been to over the chorus.

We always meant for this to be a Serious Rock Song, but were so taken by peach's reconstruction that we stole a bunch of ideas he added to his version. As much as I ever discuss my personal life on the internet, there's two totally emo events that lyrically underpin the record and this picks up in the aftermath of the first. Oh, and I changed some of the words in south africa cos it seemed wrong to be in cape town and singing about stony beaches

Jun made most of this on fruityloops, and it sat on hard drives and got fiddled with for a few hours each week. The on-off guitar comes from a special technique called "pressing random button when Dom leaves the room". Some of the stuff in the song actually happened on Christmas eve, I plead artistic license. This song is like, background detail to a little subplot that charts the breakup of a couple of friends.

Americana song. The outro is me railing against girls (and its mostly girls, but only cos in this industry guys are sluttier) who think that just cos they've blagged a backstage sticky and someone else's drink tokens means they're involved in the Music Business, and are therefore excluded from my gin-fuelled rants of how you can only truly understand this industry when yr stranded on a trailer park 22 hours drive from tomorrows show, with a van with a massive hole in the roof, walking an unmarked woodland trail and genuinely scared you'll get savaged by a fucking wild bear.

5. johnny foreigner vs you

In which a bunch of traditional long distance arguments erupt in hamburg. Realistically it could be any of three foreign cities, but there's nothing like the reeperbahn for culture, alienation and despair. We abandoned the cursed version of this cos i wanted a song like the next life by suede, so we broke into Dom's old school to use a proper grand piano

7. electricity vs the dead

Cos it was musically kinda normal for us, this song is deliberately written 50 years in future, after some generic post apocalyptic event fucks shit up. You join us as we approach what's left of Birmingham after months on the road home. The title refers a conversation on whether we should even go home at all; a potential electricity supply is a luxury, but there'll probably be a lot of bodies to remove. You're wondering why I think like this and I'm wondering if i should broaden my taste in comic books. I even made a Google map of what PA Birmingham would be like. You can't see it.

This isn't Jess's song, mind. That was feeling this by Blink 182. Cos no matter how important yr self inflicted drunken OTT social dramas get, they can always wait until after this song comes on stupid loud thru the shit pa at yr local midweek indie club. and even after that, I still don't really want to be dragged into it when I'm outside having a quiet smoke, unless you accept that I'll write a song that basically says, yr lovely but you should probably stop whining. The Dexys horns at the start of the second verse is my proudest moment as a brass arranger, and forgetting about (and having to recreate in melodyne) the chorus harmonies my least.

I had so little to do with this song. Jun made it on fruityloops. Dom made him play some real drums underneath, I chopped about 3 minutes from it. the vocals and bassline were me and Kels homework one night. I love how much the start of it sounds like ava adora, cos Jun doesn't share me and Kels smashing pumpkins obsession. Hangovers like medals - is paraphrasing this awesome american/japanese radio presenter we met in Tokyo. I feel shitty for forgetting his name. Mike, maybe? Anyway, he looked like Craig Finn and spoke like Lester Bangs, I hope our paths cross again soon

The last few chords are taken from a song by a band I was in millions of years ago with Tom and Pete from calories. Waiting to see if they notice. I'm also semi positive we've ripped the bridge off something, but totally don't remember what. Paul McCartney said the same thing about the whole of "yesterday" which proves I'm at least 70% more original a songwriter. Lyrically this is the bitchy sister streak of with who. If this was a relationship movie, this would be the, o I don't believe you've mentioned your long term boyfriend before moment. I read a review which stated this was a backlash against drummer jokes. That would have been far more noble.

This was the only surviving drum track from our first album session, recorded at 3 in the morning. The sssssh noise in the background is the rain on the roof of our warehouse conversion studio. We didn't plan out the ending much; just kept piling extra things on and let Dom sort out the mess, BSS style. The extra voices belong to pandas and people. Most of the albums gang vocals come from a night with stagecoach and a few friends, but by this point everyone was too drunk not to break into 80s harmonies. This is the beginning of the end for him and her from 200x

Jun made the bulk of this from a bunch of acoustic samples at different speeds. We spent aaages figuring out the right tempo/pitch and how to transfer it all to protools. Is about these two kids we met on tour in Europe. Won't embarrass them by naming. He runs shows in this tiny playmobil village pub and is madly in love with Her, She works the bar and lives upstairs and kinda thinks He might be worth it if it weren't for uni and life and so forth. I clearly stumble around behind them taking notes like a freak.

A pick-yrself-up song. for me as much as anyone else. "that shit hurts" is shamelessly stolen from "2nd gun" by volcano i'm still excited!!! If you know the record im talking about, I love you. There's so much going on in this. The trombone is played by our friend Dr Nick, we grabbed a couple of days from his real job as a robot maker. The slow creeping parts in the bridge were Doms idea, and the handclaps another thing pandas and people added after we were too drunk to on gang night.

Is a sister song to robert scargil, and I recorded it at the same time last year in the pub my girlfriend was living/working in. I gave all the instrument tracks to dom and he cleaned the mix up loads, which is why it sounds so much better. The bridge on this is the same as the chorus on that, and vice versa. Like twins who want to be individual but the parents keep buying them matching outfits. This is the grisily drawn out inevitable conclusion to new street.

This is all the samples we got from our blog invite, playing all at once. the first and most prominent is by our first american friend Jay, taken from a song by his old band. I think its beautiful:

Was originally called "like shoreditch for the dead", which is how i once overheard someone describing the result of digbeth and it's regeneration. The main riff is me trying to play in first album dana style. An awkward social venn diagram of a flatwaming, of people who got out the city and came back, people who try to get out and fail, and people who don't see the point in leaving at all. this party was pretty much the centre where all the circles overlap. Also, some of those people have been on ket for a week solid. So that's the other big melodramatic emo clusterfuck of a night that's like, the closing cgi setpiece in my strained mental map analogy of the record as a movie.

and his is the end credits song. A coda to the whole tragedy. The drumbeat is the metronome beat that dom programmed as a guide, it sounded like the little drums from 1979 and we hadn't stolen anything from SP for at least 2 days. The ghost of what if is vomiting over the whole record until this point where it pretty much comes to live in the beachhouse i will one day buy for me and my awesome girlfriend as a thankyou for putting up with me being married to a band, whilst her friends all find boys with stable jobs and housefunds (EVEN THO THEY STILL SECRETLY DREAM OF DOING THIS."

Johnny Foreigner vs. Everything is out today on Alcopop! Records.