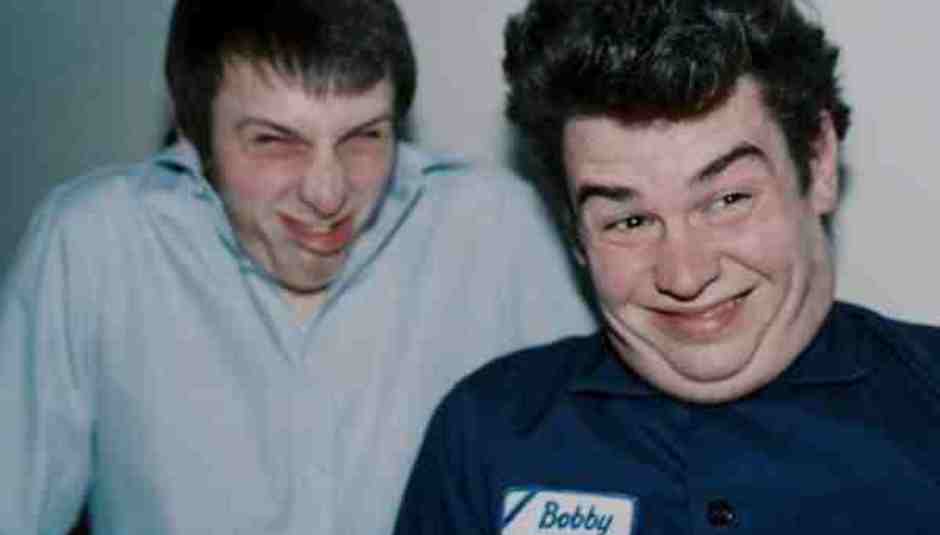 Reviewing music is, of course, inherently ridiculous and often it feels as if one is being expected to stand beneath a tightrope walker and silently will them to fall (with your arms folded). Even so, I cannot help being still more disappointed that we live in a world where, in order to experience a music video and wait to be affected by the glory of ART, 'the internet' foists This Sort Of Thing at you, while you do it:

Grah. I am not werry well and there are a lot of single quotes in this weeks column. For which I almost but do not quite apologise (too, too weak).

Using a word like ‘accomplished’ to describe Fruit Bats feels awfully like faint praise, as if one were completing their term-end report and hemming and hawing with a pencil stuck in one’s facehole. But their new one, Tripper, IS accomplished, with ‘You’re Too Weird’ just one of its remarkable highlights. Upon checking the stats it appears I have listened to the whole of Tripper 27 times - and though there isn't a count for how many of those plays I regret-despite-not-believing-in-regret you can take my word for it; I take none of them back. Warm, beautifully written and road-trippy to the point of bleached, sunburnt bliss, ‘You’re Too Weird’ is one part of a ‘rock album’ with a few bits of ‘the 70s’ and 'country' thrown in and which tells of a life lived to its absolute and utter reaches, observing all who come into its path with an unfussy, empathetic and unpretentious air. At no point do Fruit Bats tear down the genre barricades - but the sheer, balmy delight with which they approach pop music makes me very very happy indeed. LOVE THEM.

‘Twirligig’ lends itself to tweesplanations of the sort where I feel compelled to invoke mobiles hung over cots. But it is the sort of mobile you might make yourself out of twine, coat-hangers and glitter, rather than anything kite-marked and Mumsnetted. By all of which I mean, Jonti is one of those modern electronic artists who dangles disparate musical strands like a many-handed puppeteer, with each part revolving at its own, selfish speed. And yet nothing here clashes - from the echoing glitches and reverbed harps to its empty-bowelled bass drums. All in all, ‘Twirligig’ is well-named, hypnotic and jolly, and unlike quite a lot of music constructed from a hundred different parts, does not feel like an experiment or exercise in seeing how many plates it can spin. Metaphor! So very useful when one does not actually know how to respond to a thing one likes.

‘You Know You Like It’ was a late entry, I did not spy it till late in the day and was immensely cheered (if not actively smugged) by the discovery of same. Should you wish to peer behind the industry curtain, I will tell you how the press spaff talks of ‘glitch pop’ and then makes a vague point about indie that has R’n’B influences (R’n’Bindie?). About which I am mildly uncomfortable, because R’n’B needs the approval of ‘indie’ like it needs a hole in the head, and (as with The XX) there is a slight inference that indie has deigned to discover and bestow its approval on a genre that really, truly, does not need to put sexless plimsolls on to make it appear more intellectually valid. (You know? It’s all a bit wrong.) ‘You Know You Like It’ isn’t wrong though, ‘You Know You Like It’ is beaming; a warm, mellifluously-bass-lined treat that makes you long to tip cut-glass buckets of rum over your naked person, and compel the nearest swooner to lick it orf. It is ‘well smooth’.

This Many Boyfriends is a marvellous band name, not least because it serves equally well as a Wish List item and an arms-wide gesture; it is the sort of thing you say at a sleepover at the age of 14 with like, utterly no comprehension of the romantihavoc ahead. ‘Young Lovers Go Pop!’ on the other hand, is barreling indie pop of the sort that makes dancefloors sticky, despite being slight as weak squash and rousing in a way that would never find it compiled on a ‘CD’ of indie anfems. Essentially it is about as likely to turn your world upside down as my little toe, but rather like my little toe, might I say, it is nice enough.

Seize The Chair definitely have the best of this week’s artwork (see main picture) and are described by Too Pure as having ‘more violent sex appeal than a Steven Segal movie’ [sic]. I think ‘You Who’ sounds a little bit like a slightly bored and fuzzboxed Road To Nowhere - but if it IS them on the sleeve and they guarantee to pull those faces for the duration of their ‘gig’, I would happily pay good money to see it.

Fixers employ what it is the law to call uplifting happy house pianaz on ‘Swimmhaus Johannesburg’, and have the sort of desperate, earnestly metallic vocals that remind me of (late period) Duran Duran (b-sides). While you decide if this is indeed A Good Thing, let me bang my glass on the pub table - and mind you listen - because I am about to declare that modern pop of this (rather droidy) ilk is emotionally distant as a Victorian Dad. And though I realise it easy to kick and malign the hipsters, they do seem to have more in common than they would like to imagine with the olden days of yore; promoting a sexless, campy aesthetic that results in all your buttons being done up and drinking gin from flipping teapots (don't ask). All of which is enough to make me want to go very far in the other - riotously barmaidy - direction, listening to this as I do.

Perplexed by its not-awfulness, I listened to ‘The Death Of You And Me’ at least twice, to try to fathom precisely where its six-out-of-tennity was located. And I think it is something to do with the fact that if you can get any and all images of Noel out of your head when you listen, and instead focus entirely on the fact that he can indeed ‘write a good melody’ it all becomes clear; Noel Gallagher can ‘write a good melody’ a bit better than anyone else, and that appears to be enough to keep him in expensive denims. If you also ignore the lyrics and remember that it has been put through a Betty Blue OST funfair filter, 'The Death Of You & Me' is honestly and for serious, sort of alright. I am feeling a bit peaky though.

I am not being a snotty upstart when I say Rise To Remain have amused me like no one else this week. And though I need hardly point out that they do not need the approval of a woman who collects Ridgeway plates and melamine furniture, I will tell you how I love ‘Power Through Fear’, which so dearly wishes to be considered transgressive but isn’t at all, not in the slightest. They’re so angry I think Rise to Remain might actually drink two cans of cider on an empty stomach. Two!

Sensorites are unabashed and sunny as a double-yolked egg, they see no reason why you should not include a line like ‘Girl, you’re giving me wet dreams’ in a Love Catsy pop single that will offend no one, not even your Ma. Sadly I am the sort of woman who thinks ‘You make stuff come out of my penis while I am asleep’ is a dreader gambit than proposing assignations in Pizza Hut; the poetic equivalent of a hair-work brooch made out of bum-rim trimmings. Sorry, Mother.

'Part of the wallpaper in a capitalis...