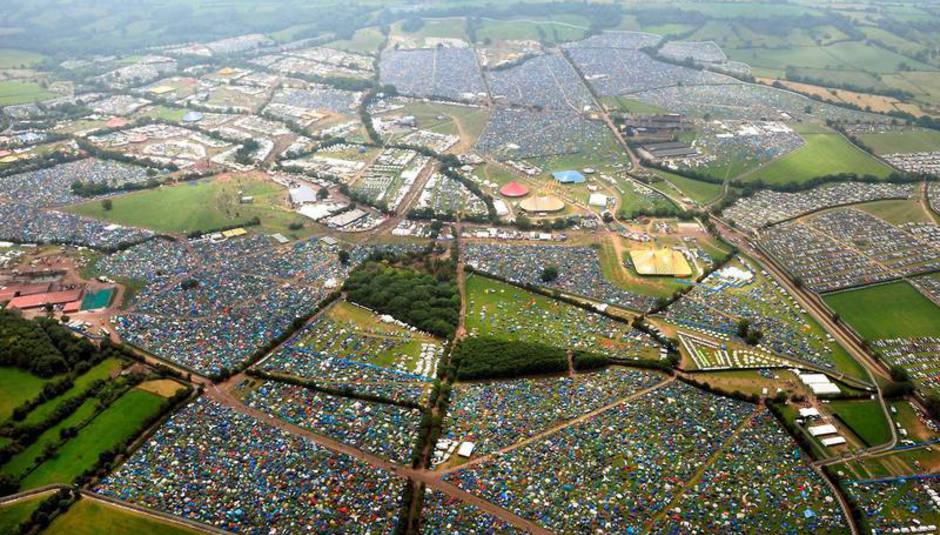 So DiS is once again heading out to a certain farm in Pilton next week, and with this week’s ongoing rain, we’re traveling with the potential to end up knee deep in mud, as usual. That said, it’s been lovely there for the last few years, so fingers crossed – and even if things work out on the damp side, the line-up’s the best it’s been for a while, and promises an impressive array of sounds across the weekend.

Of course, Glastonbury’s never just about the line-up. Its size is almost daunting, and unlike any other festival in the UK you could happily wander around all weekend without revisiting a stage once. Every year the amount of music shown on the TV coverage doesn’t even begin to scratch the surface. But what remains so impressive about Glasto’s music selection is its sheer variation, and how in keeping with current trends. Far from remaining, as reviews in the wider press might suggest, a festival that’s merely representative of mainstream radio and chart indie, its smaller stages bring together a wealth of underground talent. And this year, that crossover feels more in tune with the main stages than ever before: at a time when UK dance music is in thrall to the sounds of US hip-hop and R’n’B, it’s fitting that some of its most interesting artists share a bill with Wu Tang Clan, Beyonce and Big Boi.

So lower down the bill there’s everything from Floating Points and Alexander Nut’s Eglo Records showcase, featuring electronic soul from Fatima, to Appleblim and Al Tourettes’ techno-infused takes on dubstep and house; James Blake’s submerged R’n’B to dense art-pop from TV On The Radio; dub from Lee ‘Scratch’ Perry to its modern descendent in Bristol’s RSD. Oh, and DiS faves Esben & The Witch and Eels, Caribou and Metronomy. Et cetera, et cetera.

So in lieu of trying to provide a blanket overview of such a huge line-up, here we offer DiS’ top ten picks for the weekend, bringing together some of the biggest and smallest acts worth your time and addled attention.

DiS’ Top 10 Picks of the Weekend

There are several reasons to catch a revitalized Wu Tang Clan for their performance on The Pyramid Stage on Friday. The first, obviously, is that it’s Wu Tang – there’s little that can be said about their legacy that hasn’t already. Their recent live shows have prompted praise all round. Many members have been on top form recently, with Raekwon’s 2009 album Only Built For Cuban Linx II among the best of the Clan’s solo records. And as if to add extra emphasis, Glastonbury is the only show on their current tour that producer and one of the group's key players RZA will be making an appearance at – an exciting prospect indeed.

It was a tough choice to decide who to include on this list – Caribou, who since last year’s career-best Swim album has redefined himself as dancefloor don of some note – or London’s Sam Shepherd, whose music as Floating Points continually evades characterization. But we’ve plumped for the latter, simply because he deserves far wider exposure. Since 2009 his music has steadily become more accomplished, taking in thick analogue disco, house, straight-up soul and jazzy broken beat. But his DJ sets have become even more so, furious, melodic and skilful in their blending of new and old sounds. He’s playing alongside Fatima, Alexander Nut and Funkineven as part of his own Eglo label’s showcase – several hours of genre-defying music worth catching.

It seems a shame not to include a few people on this list well worth heading out of your way to discover, so alongside Floating Points and Nicolas Jaar, make tracks to one of Space Dimension Controller’s several sets over the course of the weekend –Friday night, as part of an R&S showcase with Lone and James Blake, should be particularly special. Based in Belfast, Jack Hamill’s music tends to head off on cosmic tangents, taking in everything from the psychedelic house of his Temporary Thrillz EP to the glorious synth-soaked vocal boogie of debut ‘The Love Quadrant’. Perfect for both Friday evening melted minds and the hangover-ridden day after.

A graduate of the Wolf+Lamb school of slowed down, soulful deep house, Nicolas Jaar’s debut album from earlier this year, Space Is Only Noise, headed down several different avenues at once – from ambient to spaced out electro-jazz to slo-mo house. While that leaves it sounding occasionally like a nineties coffee table electronica record (shhh), it also contains some really quite beautiful moments, and his live show reportedly stretches those out further still. Suitably soothing sounds for an inevitably painful early afternoon.

Syrian dabke musician and unlikely pop gem, Omar Souleyman’s performances have a reputation for being supremely strange things, the man himself generally remaining as aloof as it’s possible to be while sing-shouting yourself hoarse. The music backing him is just as enticingly strange, often crushingly low in fidelity and melding together traditional and modern sounds in refreshingly irreverent ways.

Last year’s The ArchAndroid album was a brilliantly odd portrait of a quite unique talent, whose lead single ‘Tightrope’ also happened to feature the vocal talents of a certain OutKast member (who just happens to be playing the same stage immediately afterward – guest appearances seem inevitable). Monae’s live shows are fantastic, flamboyant, genre-bending things, as comfortable in glammy rock mode as R’n’B and soul, and have established her as a performer in the truest sense of the word.

For a while, around the time of ‘Hey Ya’, the accepted consensus seemed to be that Andre 3000 was the more interesting OutKast solo performer. If Speakerboxxx didn’t already provide conclusive evidence to disprove that notion (it did), last year’s Sir Lucious Left Foot was the defining blow. It was a huge and impressive statement from Big Boi, welding moments of technicolour pop (‘Shutterbugg’) to massive physical weight (‘General Patton’) with a requisite hit of warped humour. Oh, and an appearance from Janelle Monae, whom it’s worth hoping might turn up for a guest appearance at Big Boi’s Saturday night performance.

After Two Dancers established Wild Beasts as a force to be reckoned with in British guitar music (and a welcome breath of fresh air at a time when it’s so often stale and derivative), this year’s follow-up Smother is if anything even better. Paring back their previous spiky excesses to leave smooth, undulating grooves and overbearing sexual tension, it’s one of this year’s best albums so far. Their live shows faithfully recreate the records in full colour, with the added visual spectacle of Hayden Thorpe physically wrenching out that gut-busting falsetto.

Even as someone who’s spent the last few years giving pop a compulsive kick up the backside, last year was a big one for Robyn – she released not one but three albums as her Body Talk trilogy (even if the third was partially bolted together from pieces of the other two). And they were almost uniformly great, a feat in itself. Her show on Sunday will be worth catching, even just to hear ‘Dancing On My Own’ and ‘With Every Heartbeat’ live. And a worthy prelude to Beyonce later that evening

It goes without saying really, doesn’t it? Given that there’s been a serious resurgence of R’n’B into wider affections lately, with seemingly every other person you meet trying to claim that they ‘loved’ Destiny’s Child when they were around in the first place, expect Beyonce’s Sunday night headline set to be one of the busiest of the weekend. Well, that, and the fact that she’s obviously got a truly daunting selection of fantastic songs and a suitably over the top live show to accompany them. It’d be hard to think of a better way to close the weekend.