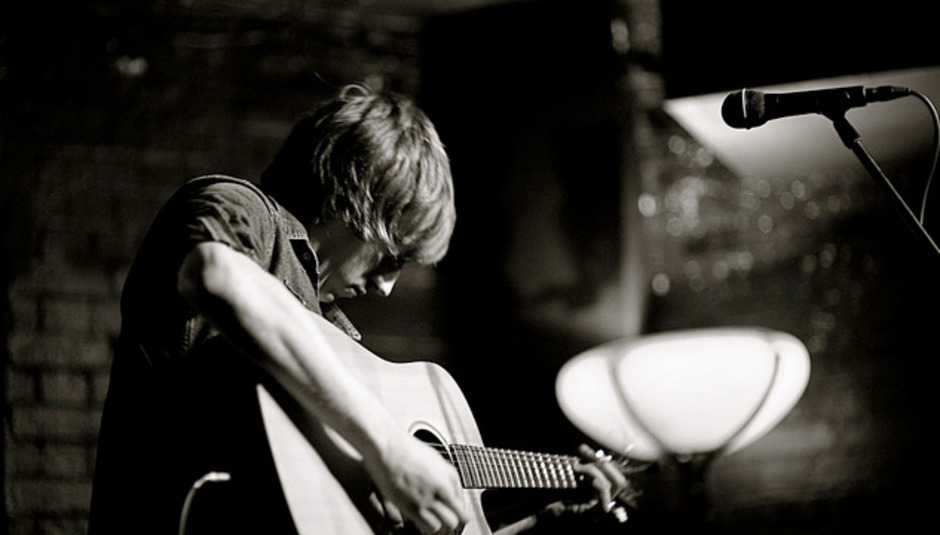 Last week, construction began on the long awaited Leeds arena that will see the city acquiring a 13,500 venue by late next year. It may save on the occasional trip to Sheffield or Manchester, but judging by operators SMG's other venues, it's likely that it'll be mainly filled by the pop conveyor belt.

The news of Bon Iver making his first visit to Leeds had him sell out the 02 Academy within a day. Other exciting announcements for later on in the year include the first confirmations for the second Constellations Festival with Wild Beasts, The Antlers and Yuck all scheduled to perform. The Music announced that they are to call it a day and also rapidly sold out the Academy (and then added another date which is now sold out too), as fans flocked to have one last chance to see their hyperactive live performances.

This week Futuresound announced the heats in their annual competition which sees 30 local bands all in with a chance of playing Leeds Festival. Gigs are scheduled midweek from 29th June through July. Regardless of who wins, it's a decent opportunity to see several good local bands on one eclectic bill play to decent crowds and for just a few quid. You can view the line-up here

It's been a while since I wrote a column but it seems that the artists of Leeds haven't been as lazy, with plenty of great releases worthy of your spare change being announced...

Indie-rocker types Club Smith have had a fine stream of releases recently and show no intention of slowing this trend with a double A-side vinyl release due out on 6th June. 'No Friend Of Mine' is an in your face, rabble-rousing, blast of post-punk that finds frontman Sam Robson at his angriest. Perhaps inspired by it's massive chorus hook, it's accompanied by a great boxing themed video which you can see below. The flipside 'Young Defeatists' is bound to become a live favourite if it isn't already - an impassioned call to arms that effectively works a quiet/loud dynamic and sounds like it was written with bustling crowds in mind. There's a launch gig at Nation of Shopkeepers on Saturday 11th June, get there early and entry will be free.

Next you really should shut the world away and indulge your ears with this EP from Hookworms. Fans of Wooden Shjips and their ilk will be engrossed by the sprawling, psychedelic garage sound. A tape release is due 'soon' on Sun Ark (Sun Araw, Magic Lantern). They're playing the Cardigan Arms on 17th June, be there.

Upbeat melodic indie making chaps Yonderboy recently released a double A side single of 'All Bob Minor/Too Easy'. In frontman Zand they have a dextrous singer with a similar vocal delivery to that of Morrissey but with a cheerier air, as if The Smith’s frontman finally got what he wanted. Their catchy basslines and clean rhythmic guitars are reminiscent of a more mature The Maccabees.

If lush orchestration, rich with harmonies and the pure Englishness of The Divine Comedy sounds like your thing, then you should immediately investigate energetic 8-piece orchestral pop purveyors Arthur Rigby & The Baskervylles. Their last single 'White Houses' has been out for a while but passed me by at the time, it is a brassy affair that makes me really yearn for the seaside which is such a tease when Leeds is so landlocked.

Jeff T. Smith aka Juffage is a dude who moved from the windy city that is Chicago to the even windier city of Leeds to complete his masters in 2009, and his frantic multi-instrumental live shows rapidly saw him embraced by the local music scene. Once he'd acquired enough equipment here in Yorkshire, he set to work on what is the new album 'Semicircle' - a textured pop-orientated slice of experimentation that is out now on Function Records (Maybeshewill, Shield Your Eyes). Having previously recorded with the likes of Brian Deck and Steve Albini, Juffage is no stranger to the recording process, and I'm intrigued to know how long it took him to create the multi-layered melting pot of sounds and samples, reminiscent of Dosh, that concoct together to form the album. It constantly evolves; with dark moments drifting into dreamy moments, and journeys from sparse fragile stretches which become intense bold climaxes, and all while remaining consistently original throughout.

A reliable torch-bearer for the local folk scene is Sam Airey who returns with his first new recordings in over a year with new single 'The Blackout'. The track gradually builds from a beautiful calm, contemplative melancholy into an assured driven refrain as drums and accordion arrive with the chorus and it's barbed hook halfway through. It's released on July 18th, with a very special launch gig taking place inside the ancient Kirkstall Abbey beforehand on July 16th.

Indie-pop scamps Just Handshakes (We’re British) released an EP as part of Elefant Records (Camera Obscura) tempting 'New Adventures in Pop' series which has the band sounding more playful than ever. Their dynamic blend of bright vocals, jangly guitars and casio adoration, could add colour to the gloomiest of lyrics.

Finally, I just received a couple of sample tracks that I must mention from the rare talent that is Paul Thomas Saunders' forthcoming EP. Onstage he strikes a shy, introverted yet mesmerising figure but on 'Appointments In Samarra' his voice is a dominant and uplifting force. This couples perfectly with the beautiful sonic landscape he has painted with a palette of reverb-drenched ethereal sounds to create a powerful, distinctive sound. The EP is called Lilac and Wisteria, it's due out on 4th July, and it will enhance your life.

The folk behind ace local zine ‘The Rhubarb Bomb’ needs big shiny medals for making Wakefield the most attraction destination in the UK for the weekend of 10th-12 June with their Long Division Festival. It’s a Live at Leeds-esque weekender which spans across 6 venues and is more than worthy of the short journey across from Leeds. On the Friday night proceedings start with a generous free gig featuring Shrag and Eagulls. For Saturday’s venue hopping all-dayer, headliners include The Wedding Present, Darwin Deez, Los Campesinos!, and The Wave Pictures, and it’s peppered throughout with more indie-pop and rock gems. There’s also a hotbed of local Wakefield talent playing; check out The Runaround Kids, The Spills and The Birthday Kiss (who feature members of The Lodger & The Research).

1st July - I Like Trains present a single launch for ‘Sirens’ at the Brudenell Social Club. It promises to be unlike any of their previous gigs as they’ll be kicking things up to a very high notch by playing live with a string section “to give breath and full life to the live experience and transcend the sound of the records in its fullest possible form”. This will be epic, and I mean in that grand sense of the word before kids started misusing it everywhere.
Event Details

A Negative Narrative provides a wonderfully original twist on the standard music interview fare - interviewees are asked a mixed bag questions and can only respond using photographs they have taken. Within the last 2 years they have gathered quite an extensive set of albums too, with international heroes such as The Flaming Lips contributing alongside many of Leeds’ finest. Contributions vary from the disgusting e.g.,Lupen Crook to the fantastic e.g., Post War Glamour Girls via the funny e.g., Double Muscle. As well as offering a unique insight into the interviewee’s mind, the albums contain concise, well-written biographies and samples of the interviewee’s music (which can turn up some rare choices). Also there is not an embarrassing image of me lurking on there somewhere, definitely not.

A website that has sprung up recently within the Leeds music scene is Anthologies. A live performance-based blog featuring both local and touring musicians playing within a charming mix of Leeds locations, many of which will be familiar with any West Yorkshire residents reading this. Its inception was inspired by the popular Parisian website ‘Blogotheque’, who’s founder Christophe Abric was quick to praise Anthologies from his blog. Although still in its relative infancy, it includes an interesting collection of videos; including the likes of Frank Turner, Allo Darlin’ and Belleville.