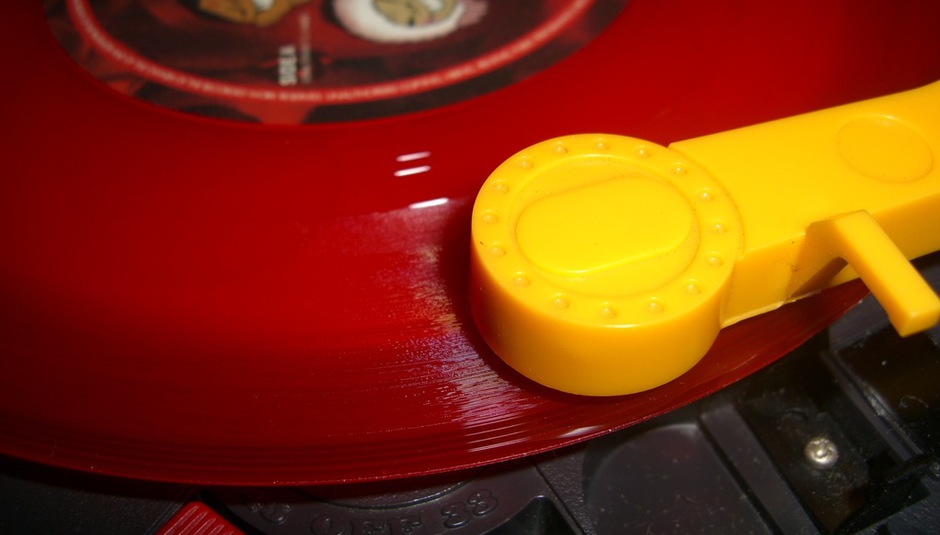 Last weekend, I made a denim cushion that had a Morrissey lyric emblazoned across it, with all the letters cut out of felt. It says ‘Used to be a sweet boy, but something went wrong.’ Now, I’m not a total thickie, I understand that the very idea of someone doing something like this will make some of you feel roundly murderous. Yes, I would beat you in a twee-off. But that’s not the point.

After the cushion, I made a cake. It was far from perfect and my icing skills were very poor. But I soon discovered that if you put enough hundreds and thousands or candles on a thing, you can make it great. What I didn’t do, was put that cake on a slab of concrete and then do a massive poo on top of it. Instead of doing a massive poo on it, I put it on the fanciest plate I could find, turned the lights off and made the recipient shut their eyes until it was right in front of them, lighting up their lovely face. I think that this is what you do when you care about a person, this is how you celebrate a life. If you can be arsed to put effort into the incidental things: string up bunting, have butter, run, wear stupid, pointless outfits, get hot, gasp for air and play records LOUD - in short, if you live life wholly and fully, it is pretty fucking wonderful. I mean, life is not pretty fucking wonderful - mostly it’s an endless, raging battle not to tip one’s skull into the path of the nearest, passing bus. But I think that if you make an effort, everyday, at least you can say you tried.

The trouble with the jumped-up Excel spreadsheet that is iTunes, is that it doesn’t celebrate anything. It doesn’t try. It is even grey, for fuck’s sake. Grey! Quite literally the colour of BOREDOM. Whereas this, this I can get behind: Oho, and it is just as practical as an iPod: iTunes showcases music with its ‘visualiser’. When I were a lad, if you wanted visuals you either went to Megatripolis with a lollipop in your facehole (TRANCE, MAN), or you went to Athena and bought a Magic Eye poster. And it’s the same fucking thing; that’s what our jumped-up calculators think is the best way to do justice to, I don’t know, the whip-cracks on Tom Wait’s ‘Jockey Full Of Bourbon’, or ‘Duchess’ by Scott Walker or the sighs on 'Windowlicker'.

It's not the same.

In the last few years I have embraced the digital world, stuck my head above the parapet and made myself appear, like a tit, on things like Twitter. It is incredibly useful, a gob-smacking tool. But mostly, I hate myself for it because I know I feel the most me off the internet, where you can smell things like sawdust (yes, it is my favourite smell) or look at things like Thomas Ades looking all downcast and broken (yes it is my favourite painting) or hear things like The Pearl Fishers (yes it was the favourite song of the Granddad I never got to meet). For all its many uses, for all it making me a partial living, this digital realm leaves me wanting. And I’m starting to think it’s a bit sexless. Even porn itself – actual porn! - has been wiped down to the point that it reflects a world so bereft of dirt, so allergic to sex’s essential ickiness, and so hateful of flesh and human beings; that you can watch what are deemed to be the rawest acts imaginable but feel as if you were watching Grand Designs. I want to know: where is the spirit! There is a larger point to be made here, I think. About how, when you digitize things, something is lost. Sex, music, people, writing, art - the pillars of human endeavour and imagination that scaffold mine and your world, they aren’t honoured by these ones and zeros.

And it is not that I cannot recognise how modern developments in music are incredible. I showed my uncle Spotify and it took an hour to convince him it was really real, that it really existed. ‘Look up another song!’ he shouted. ‘God! It’s there!’. Jesus, it was joyful. But just because the digital world has its uses - just because technology has practical applications - does not automatically mean that it replaces what came before.

I think if you value and want to do justice to art, you should pay it care and attention. By which I mean, if a thing has value, everything about it should express, and pay respect to that value, from how it is presented, to how it sounds, to what it feels like. I don't have a wardrobe full of brightly coloured ridiculous clothes because I have mainlined ladymags for all my adult life, I have them because clothes are inherently silly, and because I love design, and because a fleece from Milletts does not sing the body electric. With music, this means owning rich, fulsome, bristling and uncompressed sounds, on big circular bits of plastic, that dance like gaudy trollops before my eyes. I’m not even sure I can explain why this matters, but I know that it does - I know that to have a thing in your hands, to have a possession you can call your own or give to another person, or play to some friends when ratfinked, or scratch with your fingernails, that has big ARTY PICTURES ON IT, is a continual, heady pleasure. My bleeding indie heart aches!

The last thing to say about physical music, is of course about where you buy it. I don’t want to sound like a terrific ponce or get all The Man on you, but I’m quite fond of buying music from actual humans. They tend to enthuse and smile back. Disque on Islington's Chapel Market (RIP) introduced me to The Shins. They said 'Do you like pop music you can sing to?' and when I said 'Do I ever!', they gave me Chutes Too Narrow. Complex digital content delivery systems can't register the widening eyes on the face of someone who is falling very, very hard for a band for the first time. I remember looking up at them behind the counter and grinning. It was like a homecoming. And I remember it was really, really sunny and even though the market stank of flesh and fish, the inside of my brain looked just like the cover art.

This weekend up and down the land there will be many people getting over excited about silly things that don't matter and you don't have to listen or care; you can bang on about progress and fetishism and convenience if you really want to. But I shan't be joining you. My name is Wendy and I am a human being, and until I live in a house made of binary, I am going to record shops to buy music because it makes my life better.