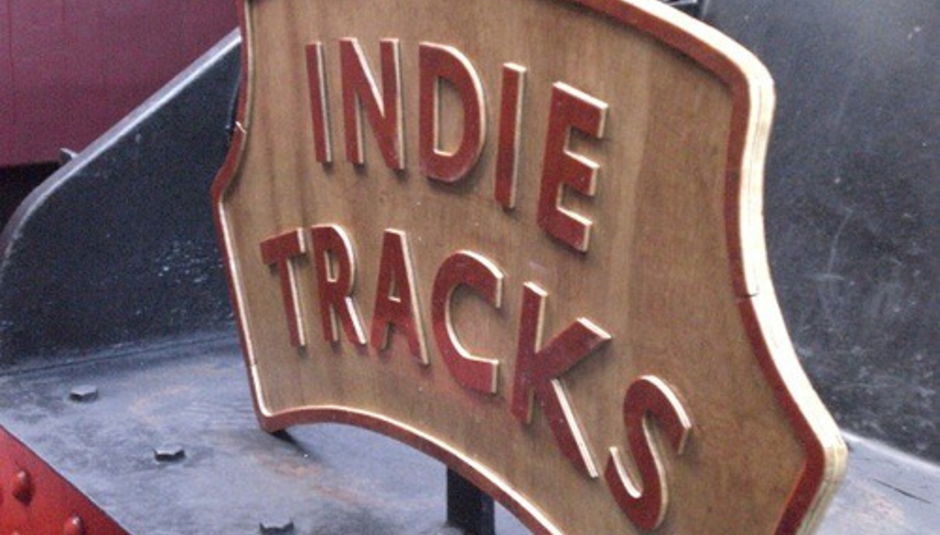 While the saturated UK festival market continues to hold its own in spite of the recession, it's always reassuring to know that there are some out there whose individuality in terms of location, setting and line-up make them stand out from the crowd.

One such event is Indietracks, now entering its fifth year. Set in the picturesque grounds of the old Midland Railway site in Butterley, Derbyshire, its homely feel and host of unique selling points have made it one of the most attractive festivals on the circuit since its conception back in 2007.

Past line-ups have witnessed the likes of Los Campesinos!, The Pains Of Being Pure At Heart and Art Brut play memorable sets to an ever increasing legion of punters. This year's bill - due to take place from Friday 29th to Sunday 31st July - is already taking shape, having confirmed Edwyn Collins, The Hidden Cameras, Jeffrey Lewis, Ringo Deathstarr, Butcher Boy and Jonny among others with many more set to be announced over the coming weeks.

With the 2011 festival season fast approaching, we here at DiS thought it an appropriate time to question Indietracks founder Stuart Mackay about its continuous growth, the difficulties and pitfalls in organising such an event, and put forward his all time dream Indietracks line-up.

DiS: When you started the festival in 2007, did you expect it to have grown to the level it has five years later?
Stuart: Yes. When we set out we predicted that an audience figure of a thousand would be achievable, it just took a few goes to get there!

DiS: What prompted the idea to start such a genre specific event, particularly as the likes of ATP, Truck, End Of The Road and to a lesser extent Green Man festivals already provide a large proportion of the musical element associated with Indietracks?
Stuart: I was only interested in indiepop at the time so it had to be genre specific. After our first little three band show on the railway in April 2007 we wanted to do something a little bigger to make it more worthwhile to all the people that travelled from around the country for that show and we never really set out to start a festival. At first it was being planned as an all-dayer but as we're not a regular venue all the setting up meant it was more cost effective to hold it over two days.

DiS: Obviously the most unique factor about Indietracks is the location itself. How difficult was it persuading the Midland Railway Trust to hold a music festival on their site?
Stuart: I worked there at the time and knew the management very well. They were very impressed with the three band show we started with - in particular their bar takings and how nice the audience were - so were happy to try something bigger.

DiS: Were there any reservations on their part from the outset and did they impose any conditions or targets that had to be met to justify the event?
Stuart: Just the obvious one that it had to at least break even, which it didn't the first year, but thankfully they saw the potential and allowed us another go. They also recognised that their volunteers loved it. It was something different from the normal railway themed events, and it brought many of the individual volunteer groups together, and they thought it was wonderful seeing so many people using and appreciating the railway.

DiS: With the number of punters increasing and more widely recognised artists appearing on the bill every year, has there ever been a temptation on your part to move the festival to a bigger site, or extend the capacity by way of speaking to adjoining landowners to make the site bigger?
Stuart: Not really. We're happy as we are. It's manageable to organise as a hobby, and I think it's smallness is part of its charm.

DiS: Because of the nature of the stages (a cowshed, a church and an articulated lorry), how difficult is it to organise and facilitate in terms of getting the stages and sound quality absolutely right?
Stuart: The engine shed still needs some tinkering to get it right. We need to drape the walls but we haven't been able to afford that yet. Our only problem is really the capacity of the church which sees longer and longer queues each year, but it's such a popular stage we couldn't stop using it.

DiS: Which of the four Indietracks festivals you've held so far stands out as your favourite and why?
Stuart: Probably 2010. Much more of my work had been delegated to Team Indietracks so for once I actually had a chance to relax, see some bands, mingle with the audience and appreciate what goes on.

DiS: Similarly, given the power of hindsight, have you ever looked back and wished you had done something differently, whether that be in terms of booking certain bands or allocating artists to other stages for example?
Stuart: Yes, there's certainly some bands that shouldn't have been booked. If anything I would have picked a different weekend to hold it on, as it's a very expensive time for foreign bands and audiences to travel.

DiS: In terms of 2011's bill, you've already booked Edwyn Collins, Jeffrey Lewis and The Hidden Cameras so far. What can you tell us about the type of acts you'll be announcing in the coming weeks?
Stuart: I'm not involved in choosing bands anymore - some of the bands I don't recognise. I don't keep up with the scene as I used to, so I leave it to others who are more in touch with what's going on!

DiS: Past events have seen pop quizzes and knitting classes among various non-musical sources of entertainment at the festival. Will there be any new additions this year and aside from the bands themselves, what are you most looking forward to about Indietracks 2011?
Stuart: The workshops will continue no doubt bringing other interesting topics to fill interludes between people's favourite bands, but I doubt there'll be any side show additions. Like many people I'm looking forward to catching up with people I rarely get to see now. Socialising with like minded people seems to be one of the great attractions at Indietracks.

DiS: Finally, if you could create the ultimate Indietracks festival line-up choosing any artists past or present, who would it be and why?
Stuart: It'd probably be full of bands from the past that I'd never got to see or would love to see again. The Chesterf!elds, Language of Flowers, Shop Assistants, that kind of thing.

For more information on Indietracks visit their official website.