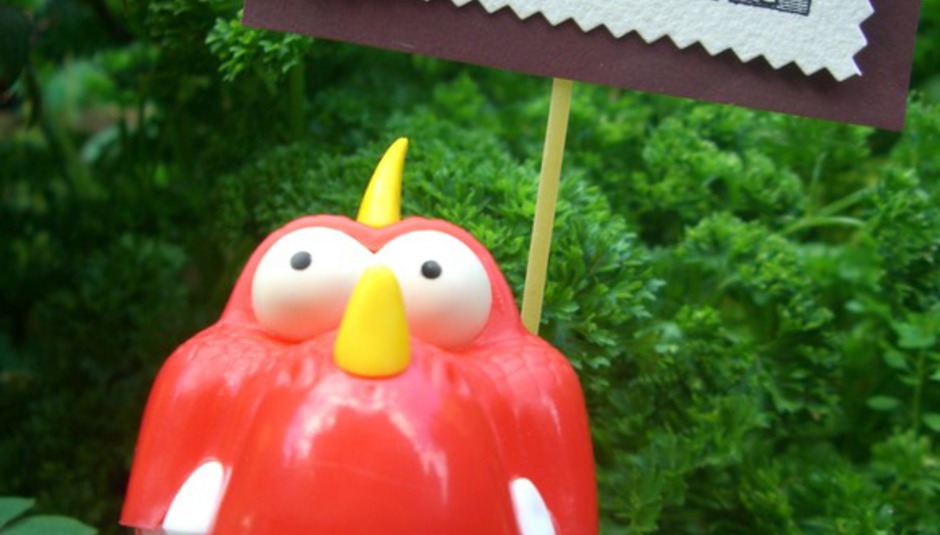 Because it is finally SPRING, this week I have reinstated the Bike Riding System of Single Appreciation. And despite spending all weekend wanting to listen to this bit of magnificent on repeat, I still found time to extol the joys of Okkervil River, the Phantom Band, Icona Pop, Grinderman and Matt & Kim. It’s all that blood pumping, you see, it makes you think better.

Because I am rather keen on singles that sound like statements of intent, ones that swagger; singles as confident as Etonians, singles daubed in rollered paint; singles that ARE ACTUALLY SINGLES, I am pleased to tell you how Okkervil River have fashioned up a three minuter that tumbles into being with no messing about. ‘Wake & Be Fine’ is all about pace, it knows that drums should spring off the starting blocks as if they were a substance-addled sprinter. It has exactly the sort of wild syncopation I like, it’s got a string section that doesn’t wank itself all the way to the speccy shop, it has an uplifting sentiment and it booms. It’s basically a pop tune that just happens to also be a grand, dizzying waltz. You could dance to this forever, whirling like a Moira until a skip and a hop off a balcony started to seem like a good idea. Tra la la, I love it.

‘Everybody Knows It’s True’ is my second favourite of this week’s selection, although I should probably point out now that this column is never in order of preference, don’t add another facet to its already magnificently persnickety construction. The reason it is marvellous is largely down to its absurdly jaunty air, the Phantom Band could be soundtracking an episode of Pob before the doomed central vocals come in and start taking it off somewhere altogether more worrying (possibly Glasgow). It has chopped, bleated voices that provide the climbing-framework; it has so many layers it might as well be headed to the North Pole, it sounds like it is about something bad happening because of the Super Moon, it is deeply odd (as well as fully formed and realised), and as quickly as it has built itself up it starts removing bits of itself again, leaving you wondering what exactly has occured. They’ve probably had your watch away, the hoodlums.

‘Palaces of Montezuma’ is a (very trad, very romantic and very huggy) list song, an unexpected development for Grinderman, I feel. It’s a list of all the things Nick would give you as a present if he well fancied you - from the hanging gardens of Babylon to ‘a custard coloured super-dream of Ali McGraw and Steve McQueen’. Having been on the receiving end of some resolutely unforgiveable, last-minute gifts (‘Here Wendy, I bought you some space ice cream and a pocket kite. This is because I like to think of you as a 12 year old boy, rather than a grown up actual woman, also because I am a THOUGHTLESS SHIT WHO HAS SPENT FIVE MINUTES IN THE BASEMENT OF SELFRIDGES’) - as well as some ackfing amazing ones (a cake shaped like my iPod. I repeat, A CAKE SHAPED LIKE MY ACTUAL IPOD), I consider myself quite good at judging wrapped profferings and awarding the concomitant points. In this single, however, there is a present I could do without. Don’t worry about ‘the spinal cord of JFK, wrapped up in Marilyn Monroe’s negligee,’ Mr. Cave, H&M vouchers will be fine.

Matt & Kim have chosen to rugby tackle one of my favourite modern subjects, which is why ‘Cameras’ - with it’s big-beaty synthetic brass, barreling tempo and arm-waving choruses - is about going out and having fun but not spending the whole time recording it for the posterity of Facebook. Quite apart from the fact that ‘the posterity of Facebook’ is largely oxymoronic; ‘Cameras’ argues how - if you’re really, truly lost in joy - you won’t have time to think about pouting up your best duckface, because the thought of taking photographs won’t cross your mind. I mean, I’m not about to point you in the direction of recent research that posited how modern humans increasingly use Social Networks to define themselves, and their status, in a world where roles are increasingly hard to pin down [also: can’t be bothered to look it up], and I’ll do my darnedest not to spend the whole of this review talking about how this constant statementing; this whole look-at-me, look-at-where-I-am, look-at-who-I’m-with, honestly-I’m-amazing is very, very troubling. What I will say, is that this is exactly what modern pop musicians should be writing songs about - as an analogy, theories like this simply didn’t exist ten years ago. I’m Having So Much Fun I Don’t Feel The Need To Document It In Some Way is a great, great central tenet for a single. Matt & Kim still exist, and the existing is ENOUGH. In conclusion: wise and happy.


‘Idiot Rain’ is a good name for a single. So I shan’t lie, I was a bit disappointed - a bit OH - when I realised Banjo or Freakout do NOT have a song that sounds like chucking out time at Faces up their sleeve. Instead, I got a watercolour wash of mild distort and beaming strum, a song that ambles rather than race-walks. I shall also be honest and tell you how I now want to spend a good twenty words talking about how race-walking is in my top five things to think about if I fancy a good laugh at the ridiculosity of you humans (ball-bearing bottoms). But let me also tell you how ‘Idiot Rain’ is a very pleasant way to spend three minutes and twenty five seconds - you won’t regret it, it sounded well nice when I was on a coach, speeding home as the sun went down. Although obviously we need a caveat >here< about how pretty much every song does.


‘Manners’ is a pop tune my beloved Lynne Truss would approve of, which automatically makes it good; no arguing, no returns. And though at first I was all like, yeah whatever modish Swedish pop tune, I am not susceptible to you, not four spins later I was all like please play ‘Manners’ again Icona Pop, don’t leave me, I’ll let you have the bathroom first in the morning and everything. As with Matt & Kim, we have the pleasing apparition that is A Pop Song Not About Snogs/The Lack Thereof; also it’s got these funny synths on it that sound like they should be played on coloured light bulbs by a non-dread Jarre, also the chorus is literally a chorus, one of Icona Pop is singing in multiplied mirrors that face each other. And it’s got a some ba-ba-baas. It flickers this single, it goes on and it goes off. Plus I am 99% certain it’s got really nice clean hair.

The Strokes - ‘Under Cover of Darkness’ (Rough Trade)

Being something of an amateur philosopher [read: pub bore], and as I suspect I am not the only one to have seen a friend’s band in a smelly venue who are ‘a bit Strokesy’, let this single remind you that the component parts of a thing – even if you have scoured and pinned down absolutely all of them - are not what makes the magic happen. You can take the metallic sheen of the guitar lines, you can sing in a slightly desperate way that indicates a seen-it-all sort of triumph; you can wear all the battered-levva-with-plimsolls you flipping well like; you won't be The Strokes and I wonder why you would still try. You see, I am quite fond of ‘Under Cover of Darkness’, unlike The Media Consensus Of That London, I don’t think I’m quite over them. Not sure I could manage an album though, bit full.

I feel that if you are going to call your singles things like ‘Blackout’ or ‘Jezebel’ they should ruddy well sound like cities plunged into darkness / sudden faints / terrifically doomed, harlot women. And my difficulty with Anna is that her songs tick all the right boxes, but still fail the form. Judging someone by the dramatic way in which they are presented – especially with recourse to the way in which they are presented to journalists - is hardly fair, but Anna's overpromise is definitely a problem. Perhaps this is why famous people are not very happy; perhaps we should judge ‘Blackout’ as just another single with no baggage. Unfortunately if that IS what I am meant to be doing, I don’t really like it. It’s got loads of bits, right, and all of them them are meant to be intoxicating – massive drums being bashed like they had done something wrong, desperate lyrics about not wanting to be left / darkness 'pon the soul, wailing vocals. But none of it sticks.

Having seen The Kills once and having been mildly diverted but slightly irked by all the daft posturing, I approached ‘Satellite’ with caution. So I pressed play and stood well back, in case anything ROCK happened. In the end, I am happy to tell you it is nothing like as awful as I expected - and I should know, I actually listened to it six actual times, and only two of those were because I am a bit square and thorough. 'Satellite' is a soft stomp, it is a giant padding about in thick-soled boots made of marshmallow.

In Photos: The Decemberists @ Hammers...