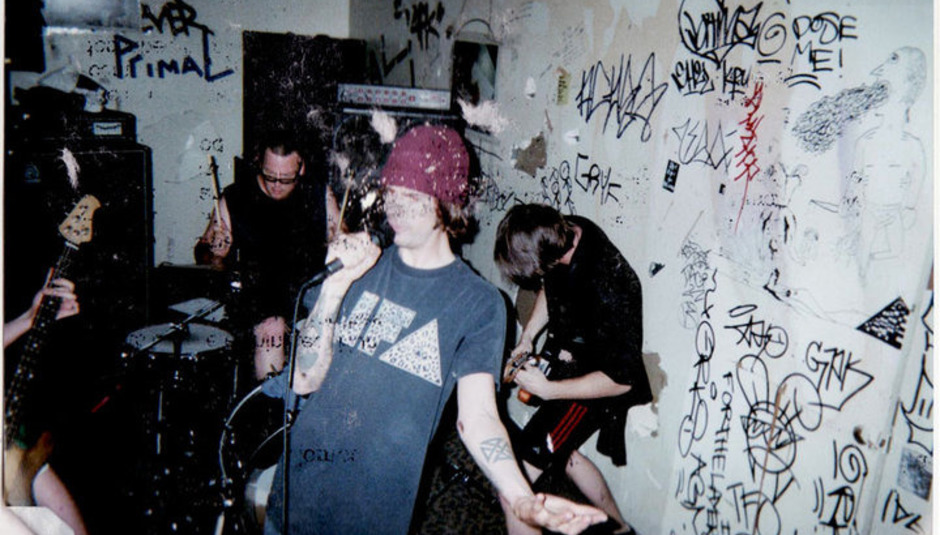 Hello and welcome to another edition of Drowned In Sound’s infrequent forays into the murky world of punk rock, hardcore and its many bastard sons.

Our first order of business today is the news that Braid have decided to reunite again and make a new record. So far details are scarce. What has been revealed is that it will probably be a vinyl only release, will be an EP not an album and it will be released on Polyvinyl Records. The band is currently in the studio with J. Robbins, who also produced Frame And Canvas. Certain members have fully embraced social networking, which you can use to glean more nuggets of information regarding this new record. A quick glance at their formspring (it’s a thing) tells us that they’re not going to be touring and that Chris Broach sings lead on one song. Hopefully he’ll be yelling “YEAH!” at some point. It wouldn’t be a Braid record without it.

Next on the agenda we have Retox, which is yet another new band sprung from the loins of The Locust’s Justin Pearson. Retox are, unsurprisingly, a spazzy hardcore band. Snotty vocals, short, fast songs and being really skinny are the main orders of business. You wonder if this guy ever gets tired of playing the same kind of stuff all the time. Having said that, Retox are actually pretty good, and are a lot better than some of the other shit he’s put his name to in recent years. Perhaps the recent Swing Kids reunion has given him the taste for playing hardcore; anything for him to stop with the shitty electro. The band have a free ep for download on their website here which is worth a listen, even if it’s just for the awesome drumming, courtesy of drummer extraordinaire Gabe Serbian, also from The Locust and many, many other bands. They’ll also be touring the UK in April.

Satellites Of Love are a new band from London, who I believe have only played one, possibly two gigs. To say that they’re ‘just’ a punk band would be to sell them short. They’re one of those bands that don’t make a lot of sense on paper. They are punk in that they play fast, they play angry and their singer sounds equals parts annoyed and unintelligible. Whereas your typical punk band thrashes about, Satellites Of Love kind of jangle and stumble about in an incoherent manner whilst somehow managing to hold everything together without falling apart completely. ‘The Skull’ is a perfect example of this. One guitar chimes out harmonics and shimmering arpeggios, another attacks itself with stabs of a single note riff whilst the drums just swing and clatter. Imagine if you will that, instead of being tweaked out on heroin all the time, The Birthday Party spent a little of their time listening to Moss Icon you’re halfway there. You can hear some songs here, and there is a demo for sale as well.

Screaming Sound by Satellites of Love

Avon Ladies are a band about whom there is very little information online. All that I’ve found is it that they’re from Arizona and that some of them have been in other hardcore bands (though that’s pretty much a given these days). It’s like mysterious guy hardcore all over again. I do know that their demo cassette, the cleverly titled Demo 2012 is raging. You know you’re onto a good thing when every song starts with a burst of shrill, ear piercing feedback. Avon Ladies are one of the most violent sounding bands I’ve heard recently. The band sounds like they’re going to explode out of your speakers and obliterate everything in their path. Demo 2012 is a devastating blast of anger and aggression, When their singer yells ”eat your fucking face off” it does sound that, if given half the chance, he probably would devour not only your face, but also your entire body and that of anyone stood near you. If you’re looking for a soundtrack to your wage slave anger and pent-up resentment, Avon Ladies are the band for you.

Though aggression is a highly valued trait for a punk/hardcore band, weirdness is also a very valuable commodity. The Good Wife, who hail from Southampton, are as weird as a band could be whilst still remaining a “hardcore band” at their core. They released a 7” on SuperFi Records last year and it sounds truly deranged. Should you be looking for a lazy flyer style description, feel free to use any of the following: “Think Captain Beefheart meets The Jesus Lizard but without the harmonica”; “Like Racebannon when they were good” or simply “lurching, jazz infused hardcore”. The Good Wife are a lumbering beast of weirdness, of insane wailing rants and jarring chords. The Good Wife are a whole lot of good. If you need any more convincing, the front of the 7” depicts not one, but five penises. That’s value for money.

In our last piece of news, it was announced last week that everyone’s favourite 8 piece screamo band pg.99 are jumping on the reunion bandwagon. They’re going to be performing document 8 from start to finish at Best Friends Day in Richmond, Virginia. Maybe if you hadn’t have spent all that money on a glow in the dark version of the skull shaped Orchid/Jeromes Dream split you’d be able to afford to go. More info here.