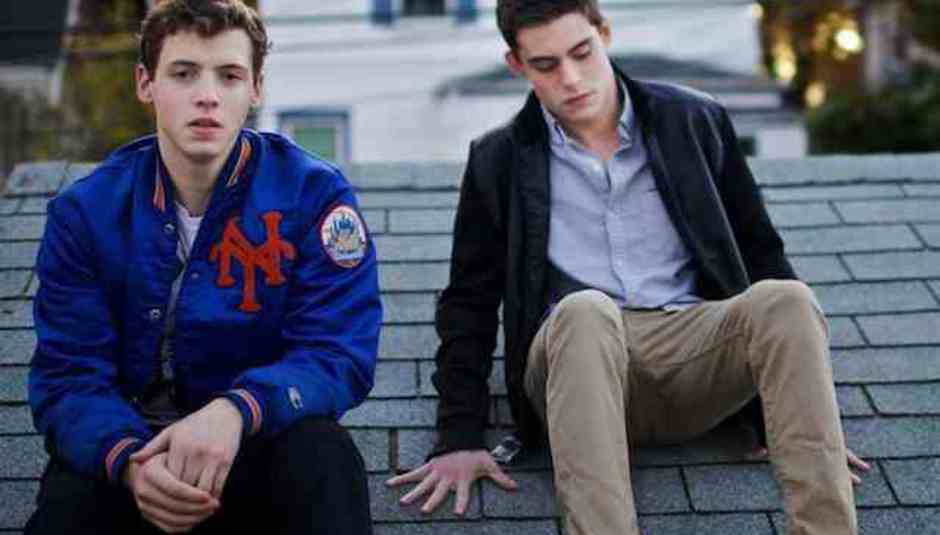 One of the supremely obvious realizations that crash into your brain as you get older is connected to just how utterly ludicrous our ideas about age really are. Spend a few minutes looking at the wrong blogs (i.e. virtually all of them) or reading one of you humans’ supremely awful magazines, and it is easy to come to the conclusion that people below the age of 25 are not that way by chance; but that they chose to be born when they did. So while the rest of us should clearly do ourselves a favour and end it all now, might I point out that being Officially Old is actually Officially Delicious. Partly because there is a wonderful, supremely amusing sense of Just You Wait as one towers down from one’s aged pillar and sees how the clock ticks for all of us. And partly because when one is old enough to not care what anyone thinks anymore, one is free to embarrass oneself and feel (not the slightest!) prick of shame. Going out of one’s way to embarrass young people is the most fun and you will have seen that twinkle in your parents eyes, it is Dog’s reward for their having to put up with teenagers.

Anyway, anyway, ANYWAY. Beat Connection (who have a combined age of about 12) are a bit ruddy upbeat, a bit ruddy upbeat alright, and I love them. It is of course not their choice or fault that they are young, or that they are preternaturally talented bastards capable of creating a single that sings for the coming Spring (it’s not about Spring); or that it is the most fully realised single this week. It is not perfect but ‘Silver Screen’ is, with all its fuzzy keyboard stutters, warm tone and amiable vocals, definitely the most likeable. So let them stay this way, pickle them in aspic. Because I am old enough to be able tell you - without really caring if you agree - that they are super.

‘Excuses’ is about how nobody ever tells you anything, something with which the Youngests among us can heartily concur. I mean, even when you are a grown up, Youngests are always the last to know because we have delicate ears made out of pocket Bible paper that just can’t take bad news. Then at about 2:17 it all goes quite busted speakers and mid-90s hip-hop; which is definitely back now, time to stick all your Mo Waxes on eBay and let the younglings have a go on them. Overall, Bibio does a fine job of wavering on the precipice between sombre and calming, it is a single of pleasant atmospherics although I have to say, it could do with being a bit less Mercury, and a bit more Mars. And yes, I did just put “Which planet has no atmosphere?” into Goggle, because that is how you find stuff out these days.

Those Dancing Days - ‘I’ll Be Yours’ (Wichita)

Having had the pleasure of interviewing TDD heaps and yars ago I am happy to tell you they are absolutely delightful sorts, capable of putting up with plainly idiotic lines of questioning and yet also open to the idea of Morris Dancing when I thought it appropriate to bring it up and show them photographs of men with bells strapped to their knees. I for one am glad they are back and ‘I’ll Be Yours’ sees them sounding like the Cocteaus gone Go Gos, all vim, verve and vitals; all the best Vs.

I am down with you Ben Westbeech, I am down with your whispery sex vocals and your lyrics about needing and feeling and couplings that were meant to be. And he has definitely driven a Pontiac Trans Am with a red stripe down the side to the recording studio, and it definitely whistled at a leggy bird when it passed one. So because I am fond of exactly this sort of smooth jam; and because I used to have a recurring dream about being rescued from the playground by Michael Knight, it is all alright. This was the itchy trigger single I kept pushing go on this week - but it is only for people who are not allergic to house music as shiny as a salesman’s forecourter. The extended mix in particular is fine, fine, fiiiiiiiiiiine.

Dee Dee Dum Dum looks marvellous on ‘He Gets Me High’s delightful artwork, she has recreated Sam Taylor Wood’s ‘Self-Portrait in a Single Breasted Suit with Hare’ except she has a guitar instead of a rabbit and rather more red on her gob. So as much as I concur with these additions, and as much as this whole EP is a thoroughly pleasant excursion, it is rather more polished than something like ‘Jail La La’ suggested. I wonder if there is something actively contradictory about polished mess; I mean, it is all very well making records that sound like they were recorded in a lavvy, but these lavvies are definitely more Claridges than Dublin Castle, and you definitely have to give the lady a quid if you want a spritz of her Ma Griffe. Or Mum’s Grief, as we used to call it. A perfume joke for the ladies there.

Between 00:16 and 00:31 I am in love with ‘The Quiet Earth’, it is a perfect construction of purpose and bass that I wholly admire. Unfortunately for Trophy Wife I have to leap off their barrel wagon soon after, because as soon as the vocals come in and wheedle about as if the world owed them a bloody living, I go all reptilian super-Tory on their patooties. Sit up straight and get on your bike Trophy Wife, the world is alright really.

‘I’m just an idiot with no clue, except I love you, and your candy-striped flannelette sheets,’ sings Darren, and all of a sudden I sort of get him, I understand why boys have a thing about this man and go all doughy in the solar plexus when you mention his name. ‘Winter Makes You Want Me More’ is a slow swing, it waltzes about in a simple shuffle saying the only things it knows; basic wisdoms, honestly presented. It’s charming.

DeVotchKa have used the sort of creepy stop-frame animation that casts terror upon my person and puts me in mind of JAN SVANKMAYER, who I have linked to here without actually watching because one turn about his terrifying Alice was plenty enough for me. As for DeVotchKa’s hot new sound, it is itchy, flutey, Bagpuss pop I find I am warming to. It does go a bit dread and boomy on the choruses in what we can only presume is an attempt to chase the Arcade pound. Perhaps they can be persuaded to calm down.

‘At Home’ is mostly less shrill than Crystal Fighters’ previous efforts and as a result is mostly more listenable. They still don’t have an edit button though. So even though I am in no position to point the finger when it comes to concision, can I just say that I cannot flipping stand the worldy choir bits on this single. Ooooo no, Crystal Fighters, you sound like a British Airways commercial.

Why has nobody at Noah & His Whale’s record label pointed out that his new one is paying an absurd, letter-of-the-law-stretching homage to Tom Petty’s ‘Don’t Come Around Here No More’? Is 'Noah' more aggressive and fighty than his sound suggests? Or are the suits just too darn wimpy? I honestly don’t understand how stuff like this happens. So here is Tom (who I LOVE) doing it PROPERLY:

Erland & The Carnival - ‘Map Of An Englishman’ (Full Time Hobby)

You know, if Gruff Rhys were singing this, it would be alright. The thing is, he isn’t.

I met James Dean Bradfield once, I bought him a drink and everything. Unfortunately shortly after I may (may) have accidentally touched (snogged) Nicky Wire (P.K.) out of The Manics (Northern Uproar). Come on, I was VERY young. Also, The Face magazine said they were well cool.

This begins like my Nanna’s musical box doing ‘Love Story’. Then it goes all Radiohead or Muse with the sound turned down. Then, then, THEN RIGHT, I spent two ackfing hours trying to work out which mid-90s hip-hop jam [see? I told you it was back] it sounded like, which meant flicking through every single bit of plastic I own, then cursing the void that is Mixing Your Vinyl With Your Live-In Boyfriend And Then Splitting Up With Him, and then I trawled YouTube, and all the time it was teasing and swinging; a diamond on a piece of twine. Then I remembered it was Rob Dougan’s Clubbed to Death, then I found the vinyl and uncursed the Ex before promptly realising that I didn’t even like ‘Teenage Eyes’ that much. But if you think I am spending all that time thinking about it and then not making you read about it you are flipping well mIsTaKeN.

When I were a lad I had a Dinosaur Jr t-shirt that my Mum abhorred. I wore it to my contemporary dance classes. If you are a lad you should definitely get one but maybe leave off the meaningful dances to Kate Bush/Suzanne Vega/O Superman/The Cure. Because let’s face it, it’s embarrassing.

Wendy is on Twitter, here. If she could play bass on any song ever it would be Friction by Tevelsion. That is some lively bass, rightverythere.

One night in Paris with The Airborne ...