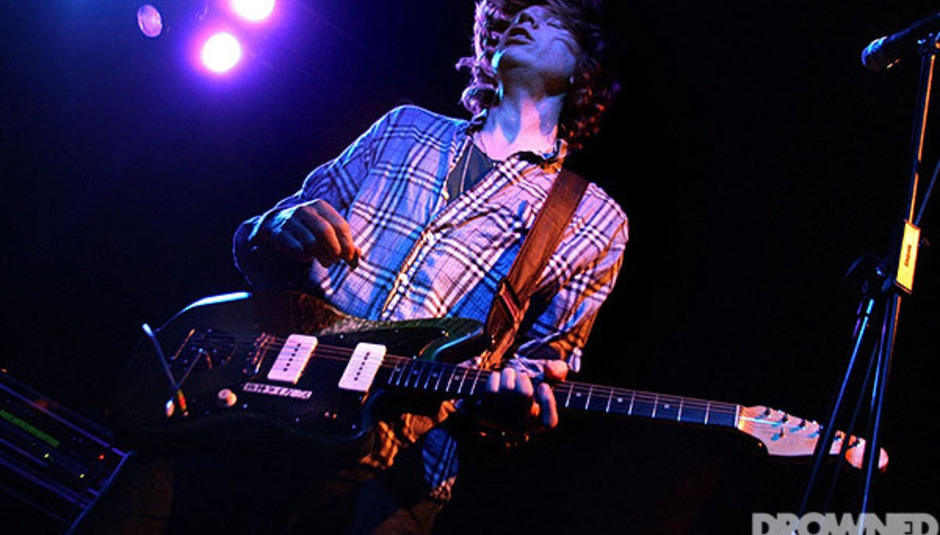 Kicking off our takeover week from the gentleman from Mogwai is this 10 songs that influenced Mogwai mixtape, compiled by and explained by Stuart Braithwaite...

1 The God Machine 'Pictures Of a Bleeding Boy'

Of all the bands that influenced us I think The God Machine had the biggest effect. Martin was the only one of us lucky enough to see them live but all of us were and still are huge fans of their music. I have strong memories of us listening to this after a rehearsal in Martin's bedroom at his parents' house (if that isn't parental devotion then i don't know what is by the way!). The fact that this was an ep track just shows what an immense band they were. I urgently suggest that people check out their two studio albums if they haven't had the chance.

2 My Bloody Valentine 'Feed Me With Your Kiss'

My Bloody Valentine, and this song in particular, had a massive effect on my understanding and comprehension of what music was when I first heard it at a very young age (11, I think). I knew that it was music but I didn't really understand how it came to be. It just represented something hard to explain which I found immensely exciting. I saw (along with Dominic and Martin) them play at the Rollercoaster tour along with Blur, The Jesus and Mary Chain and the sheer volume that they played at blew me away.

A lot of our music, especially our early songs, were notable for featuring sudden changes in volume. I tried to think of what songs displayed this facet most effectively and couldn't think of a better one than this. On a personal note Nirvana were a massive influence on me and the timing of their rise to prominence coincided with my teenage discovery of drinking and other awesome teenagerly pursuits. I'd imagine that Dominic, Martin, John and Barry feel the same way.

Sonic Youth's Washing Machine album came out in 1995, the same year that we started Mogwai. It wouldn't be unfair to say that in 1995 not too many people gave two fucks about Sonic Youth or really any kind of guitar music other than britpop. My disdain for the majority of britpop is well known but I think the flip side of how good the music that was shoved aside to make way for it is much more interesting. This song is utterly mesmerising, like the best Neil Young song he never wrote. Dominic's Dad had a record player that could play records backwards as well as forwards and we used to listen to this backwards and then forwards add nauseum. Ah, the joys of youth!

5 Rodan 'The Everyday world Of Bodies'

We were massive fans of the Louisville scene. Slint and Palace were the best known of these groups but I think that this song by Rodan really is something else. Mogwai (certainly until Barry joined) were pretty basic musicians and hearing music like this and Washer by Slint was amazingly inspiring as we just had no idea how it came to be. I really hope Rodan get together some day as I'd love to hear them live as apparently they were amazing.

Low were one of the first touring bands that we got to open for and i literally could not believe how amazing they were. I remember them playing this song and there being a massive mirror ball shining all over the sadly mostly empty room. I'm sure we were already using delays on our guitars but I'm sure this inspired us to try a bit harder to use them a bit better.

When Brendan O'Hare joined us for a while in 1997 he introduced us to a lot of German rock music from the 70s and showed us Julian Cope's tremendous Krautrock sampler book. There's not much I can really say about Neu! that hasn't been said already to be honest. It's just fucking great.

When we started the band there were (and still are to be fair) a lot of great bands playing around Glasgow. You could go out any night of the week and see a band as good as the Yummy Fur, Pink Kross, Belle and Sebastian, The Delgados, Spare Snare or Bis but I think it was hearing and subsequently befriending Arab Strap that had the most profound effect on us. Their debut record The Week Never Starts Round Here is one of my favourite records of all time and i really think they raised the bar.

I don't recall how we heard this piece of music by Phillip Glass but I definitely know that it inspired us. It's just such a beautiful piece of music. Barry originally joined Mogwai as the flute player but I've yet to hear something as moving played on a flute. Maybe that bit in Anchorman!

Over the years we've definitely gotten more involved and appreciative of electronic music but I think that this song alongside a lot of early releases on the majestic WARP was something that we were listening to a lot. This song is just so epic and despite being pretty old still sounds remarkably timeless.

Listen: 10 Songs That Inspired Mogwai on Spotify (please note: this playlist has a couple of substitutions and we added the recent Mogwai singles for good measure)

Photo of Thurston Moore by Katy B