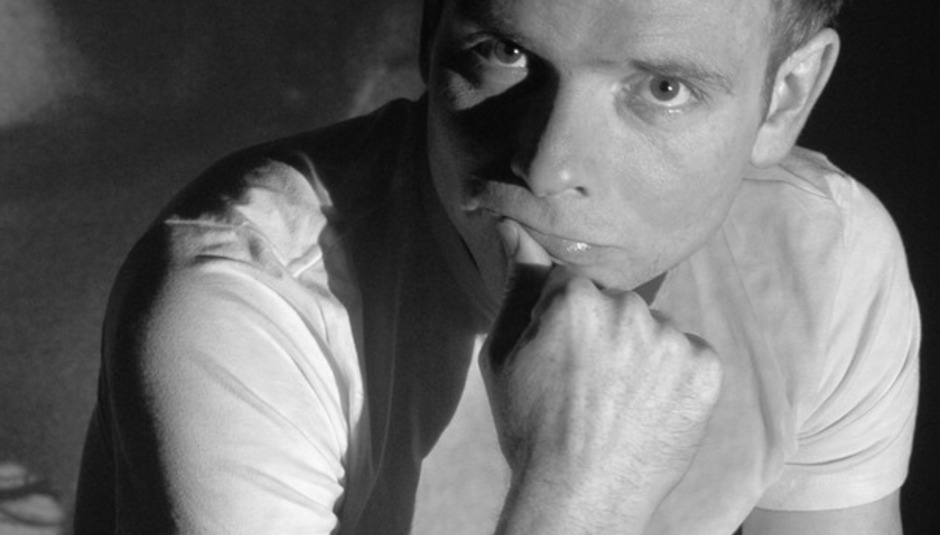 If ever there was a popstar who you would bet on writing a novel, it would be the literary-minded man behind Belle And Sebastian, Stuart Murdoch. True to form, his debut novel The Celestial Café is due to be released next month, but it’s not exactly what you might expect. The book is a collection of diary entries written by the Glaswegian songwriter around the recording of their 2004 LP Dear Catastrophe Waitress, which had previously appeared on his band’s website. Curious to discover why Murdoch had chosen this as his first excursion into the world of literature, DiS recently spoke to the man himself… DiS: First of all, it’s great to see that The Celestial Café reveals some of the rock and roll lifestyle you get up to….?

Stuart Murdoch: Oh, absolutely! I squeezed every last drop of hedonism out!

DiS: Why did you decide to focus on that particular period in your life?

SM: Well, when the publishers asked me if I wanted to make this a book, I wasn’t sure about it to be honest. My diary-writing period was from 2002 to 2006, I just started the diary and I was very keen on it. It also coincided with a period when I was very busy with the group, and it was a time when I was single, and all these circumstances added up so that every night I would come home and write my diary.

But to tell you the truth, in 2006 when we had our first big break from the band, I stopped writing the diaries as I’d moved on to another writing project. So, I just thought that this period became marked out in my mind as a busy, rambling band period, and then I thought that it’d be a good period for a book and have a definite start and an end.

DiS: Was it strange to go back over these diaries and this period of your life?

SM: I knew the temptation to do that would arise, but happily I didn’t have time to do it, so I handed them over to a friend of mine, and told him to sort them out and make it readable. And so my friend Sean took a look at it, and as far as I can see he’s done a good job.

My friend Ciara read the book and I trust her judgement, and she said it read ok. My mum read it as well! I gave it to my mum for Christmas because she said, ‘you never told me you’d written a book!’ So I gave it to my mum and said, ‘right, stick it on the shelf but don’t read it,’ and then of course she’d read it within a week, and I was mortified!

Think about it yourself, four years of your life like that, would you give that to your mum?

DiS: Did you find the whole experience a positive one?

SM: I’m very positive about the book because happily I didn’t have to make any effort whatsoever! I had all the fun bits to do, so my wife took the picture for the cover, and then I worked with a guy from Sweden called Graham to do all the illustrations, and design is always the fun part for me.
And of course I didn’t have to do any of the editing. So we ended up with a book very quickly as it was all written already. And then suddenly you get this thing that lands on your desk, and you think: ‘this is great! Here’s my book.’ I think approaching more of a novel project from fresh would be very different. I love writing, when there’s a flow. I always loved writing my diaries, so I will certainly do some more writing. Whether I manage a whole novel, we’ll wait and see.

DiS: Have you read many other books from rock musicians? Ian Hunter’s Diary Of A Rock And Roll Star is the benchmark really

SM: I haven’t read that, I know Bob and Stevie and they recommend it quite highly. I must admit I don’t think I’ve read many books actually by pop stars, I tend more to read books that are commentating on specific periods in music. Not so much from the horse’s mouth. But I might check that one out.
I would be fascinated by some books, one of the guys I want to know more about is Morrissey, and if he’d written something covering the period of The Smiths, I would be absolutely fascinated. It’s the sort of thing he wouldn’t write because I know he has his set persona and he tries to put this higher bracket of living across, but I would be so interested in that.

DiS: Is there any moment from the period covered in the book that you’d like to go back and be able to change anything?

SM: No… there was one bit where I noticed…and this always fascinates me… that something that will take someone so much time, something that become this big thing, always has its roots at a specific point. And in the book there’s a diary entry where the first God Help The Girl song came along, and from that song, everything came from that. And I kind of joked from that, I said ‘this little idea is going to take a year of my life, I can see it’ and it ended up taking three or four! Because at that point I didn’t know that I was going to write a film script around it, I didn’t know about the whole auditioning process and the website, and that it was going to take so long. But I wouldn’t change a thing.

I wouldn’t change anything, and that’s your only guiding light through a creative process. Do I still, day by day, get this feeling that I want to do this and that I absolutely have to do it? It’s lived with me throughout that project, and that’s what leads you on.

DiS: You recently returned to a project in the shape of the Bowlie 2 festival with ATP. How did you feel that went?

SM: I was busy, but you do take a sense of satisfaction out of it afterwards. My batteries went by the Sunday I must admit, but the thing I enjoyed the most was just going to the canteen at lunch and seeing all the bands that you’ve invited sat down and having their lunch. And just going from table to table, that was the best thing for me, it just felt really social and nice. It was totally worth it just for that. It might sound weird, but after spending so much time with the group planning this out, to see what everyone looked like, bands like Foals or Crystal Castles and meeting them for the first time, and then seeing bands like Camera Obscura that I know really well, that was a real buzz.

I must admit, I thought the Edwyn Collins / Teenage Fanclub collaboration was fantastic, I had to get right up to the front for that. There was a whole bunch of my pals right at the stage for that. I asked Teenage Fanclub to do it on the condition that they would do it with Edwyn, and we didn’t know whether they were going to manage it or whether it was going to work, because obviously they had to go to the extra effort of learning all his songs, and it was very good of them to do it.

Also, I didn’t make it to see Franz Ferdinand, but I couldn’t get in! People were so blasé earlier when they found out who the secret band were, but by the time they came on, everyone was so excited, they were just the right band at the right time. So I think we planned that quite well, and even just the vibe of me trying to get there and get in, was enough for me. That whole Saturday night buzz of trying to get in to see a happening band even though it’s your own festival!

DiS: Would you consider doing something like Bowlie again?

SM: I think it was completely worthwhile, and ATP have got their shit together and they made it really easy for us, but as I mentioned with God Help The Girl, you’ve got to have that feeling that it’s the right thing to do, otherwise you shouldn’t get into it. It’s never anything to do with money or coolness, it’s just got to be the right thing to do. If we were to do another one, I think South America would be the thing. Buenos Aires or something, maybe!

DiS: Looking at Belle And Sebastian themselves, how do you think things with the band have gone recently?

SM: The three gigs we did with the orchestra recently were amazing. I don’t tend to use words like that too often, but they just worked so well, and the orchestra kids that came up from London, they could just play great.

DiS: How do you feel about the latest album Write About Love at the moment?

SM: I think I’ll have to wait about a year or so before I know what I feel about the LP. Once I’ve finished a record I like to just let it drift off and move on to a completely different thing. We had a really good time recording that record, and we picked up the writing process really quickly at the start of the year, so everyone loved the process of writing that one.

DiS: Do you feel that the band are settled into a rhythm now?

SM: Absolutely, but there is a slight danger in that, this was the first album where we didn’t really have anything to prove, everybody was very relaxed about it. But then every band is like a soap opera, and there’s always an unexpected twist, so we’re going to get together now and have a big strategy meeting, and see what we want to do next.

We might do some more writing and recording, or we might go our separate ways again. Now that people have got kids and stuff, I think it’s good that we have these ‘tours of duty’ so to speak. We’re almost like soldiers in that way, we meet up and then everyone goes away and does their own stuff for a while.

The Celestial Café is available in all good bookshops from February 22nd, or you can buy it right now, direct from Pomona.