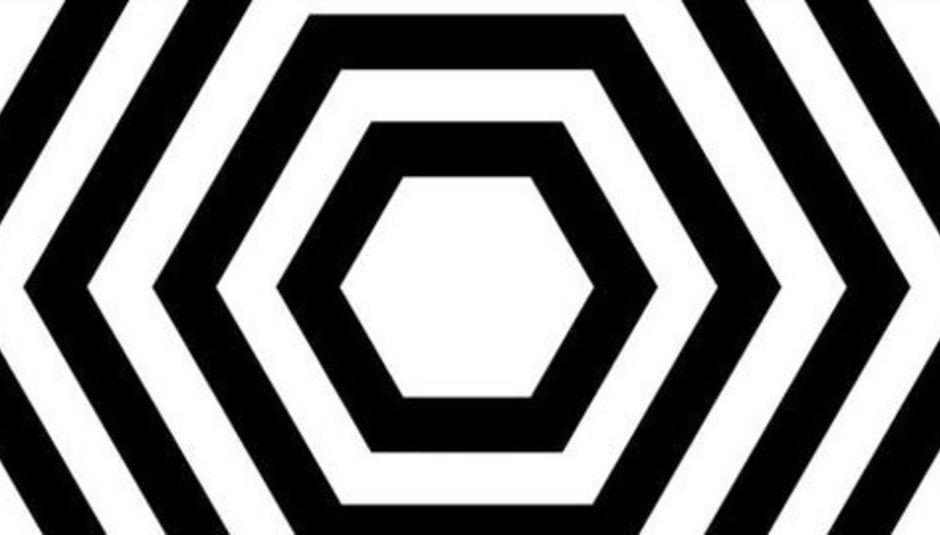 These past couple of years, DiS has used the annual year-end 'listing season' to highlight a few of our writers favourite records that for one reason or another, slipped through the cracks and failed to garner the more widespread attention they deserved.

In these increasingly fractious times, where amid a deluge of opinion, consensus is hard-veering-on-impossible to find and records are increasingly lost. Over the course of this week, ahead of next week's 50 albums of the year listageddon, DiS will be highlighting 10 releases from 2010 hand-picked by 10 of our staff, in the hope that they might finally find a place in your record collection/heart.

Kicking things off is DiS scribe Rory Gibb, who was editor of our hugely popular 10 Years of... Dubstep week, as well as the Subliminal Transmissions columnist, a profilic member of our messageboard community and a man who also somehow finds time to co-run the high recommended Always Everything blog. His choice is a record that garnered a lot of love on the boards and on sites like Resident Advisor but somehow was one of those rare records that wasn't reviewed by DiS, until now... One of the major purposes of a series like this, highlighting some of a year’s ‘lost’ gems, is to explore exactly why they deserve attention beyond the usual spheres they might usually operate within. Certainly Darren Cunningham’s second Actress album, Splazsh, found no lack of critical adulation upon its release in June. But it’s the sort of record it might have been all too easy to overlook: it emerged with a minimum of fanfare (beyond several rave reviews), and perceptions of Cunningham’s music slipping simply into a niche house/techno category may well have limited its breadth of coverage. This - needless to say by the mere fact of its inclusion here – is a shame, as it stands out as a true original in a year marked by no shortage of fascinating sonic mutations.

What Splazsh shares with Cunningham’s 2008 debut full-length Hazyville is an almost unnerving sense of self-contained focus. Appropriate to its perfectly pitched title, that album elevated stoned self-involvement to an artform. Its prevailing aesthetic was rooted in techno and house, but torn apart and rebuilt with a distinctly ‘UK’ sensibility. ‘Ivy May Gilpin’ and ‘I Can’t Forgive You’ were shrouded in skunked-out loneliness bordering on paranoia – any glimmers of light were like windows to an outside world only indirectly accessible via the refracted life of a computer screen. The whole record sounded pinned to one place, hemmed in and increasingly frustrated that its physical faculties couldn’t keep up with its rapid-fire thought patterns (a particularly weed-induced state of mind at the best of times). Splazsh is similarly grounded by an instantly definable sense of place, though sonically it’s far more expansive, the full-colour landscape to Hazyville’s study sketches. With tracks like the fuzzy techno of ‘Lost’ and the semi-industrial thrum of opener ‘Hubble’, it’s as if Cunningham’s blown the doors off his tiny flat and thrust himself headlong into reality.

Considering that 2010 has seen the political and social situation shift from bad to worse, it’s likely art and music will come to reflect that change, whether via direct engagement, abstract commentary or simply looking backward to remembered happier times. The US hypnagogic pop set seem to have taken aural escapism to heart, ranging from sardonic reminiscence on childhood’s percieved ‘better days’ (James Ferraro), to time-unstuck tribute (Autre Ne Veut) or oceanic sensory deprivation (Oneohtrix Point Never). And while it’s far too early to begin identifying political/musical trends, it’s been interesting to witness just how much of the UK’s most compelling music this year has concerned the processes of de/reconstruction you might immediately associate with the early development of post-punk. Bedroom musicians like Forest Swords, James Blake and Lone have been teasing apart existing templates and rebuilding them in glowing new forms. In Lone’s case the connection is particularly explicit, the old skool feel of his upcoming Emerald Fantasy Tracks harking directly back to rave’s Thatcher-baiting heyday. Shackleton, meanwhile, has further developed the creeping dread of his earlier work into full-blown post-societal death rattle.

The contrary sonic collages that make up Splazsh – everything from shattered electro styles on ‘Bubble Butts & Equations’ to a computer’s pleasure throes on ‘Supreme Cunnilingus’ (surely one of the year’s best track titles) – feel like products of the same trend. Cunningham is another musician looking to the past for inspiration and source material, but rather than being simply content to recreate, he reimagines and recontextualises. In an interview with Wire earlier this year, he revealed that many of its tracks were created entirely out of samples taken from just one source song. In the case of ‘Always Human’ it’s The Human League’s ‘Human’; ‘Lost’, a Various Production track – it’s probably possible enough to predict where ‘Purrple Splazsh’ came from. That’s one reason why Splazsh sounds so haunted by its context, both spatially and temporally.

While most techno albums still display a devotion to one or both of the twin pillars of Detroit and Berlin, Actress’ take on the genre is fiendish and elusive by comparison, offering a peculiarly British variant on the standard template. ‘Get Ohn’ is steeped in shades of grey and permeated by the indistinct crackle of pirate radio, as akin to Broadcast & The Focus Group’s trance-inducing Investigate Witch Cults Of The Radio Age as to Burial’s self-titled debut, or anything driven by a four-to-the-floor pulse. It’s this particular homespun aspect of his music that encouraged reviewers to mistakenly pin Cunningham down as a product of the dubstep scene: it offers images of suburban sprawl and high-rise blocks just as evocative as the likes of Burial, Kode9 or Loefah. But his visions are starker, lacking both the amniotic heat of sub-bass and the communal context of a home ground like Plastic People. They sound as though they’ve developed in isolation then been suddenly unleashed on the world in varying states of completion, as liable to suddenly drop out mid-bar as slowly disintegrate over eight or nine minutes. Forget the crude genre-isms of most of the witch house lot: alongside the Machine & Voice EP, which functions as a formidable (if chillier) companion piece, Splazsh presents a gritty, beautifully deconstructed vision of modern music.