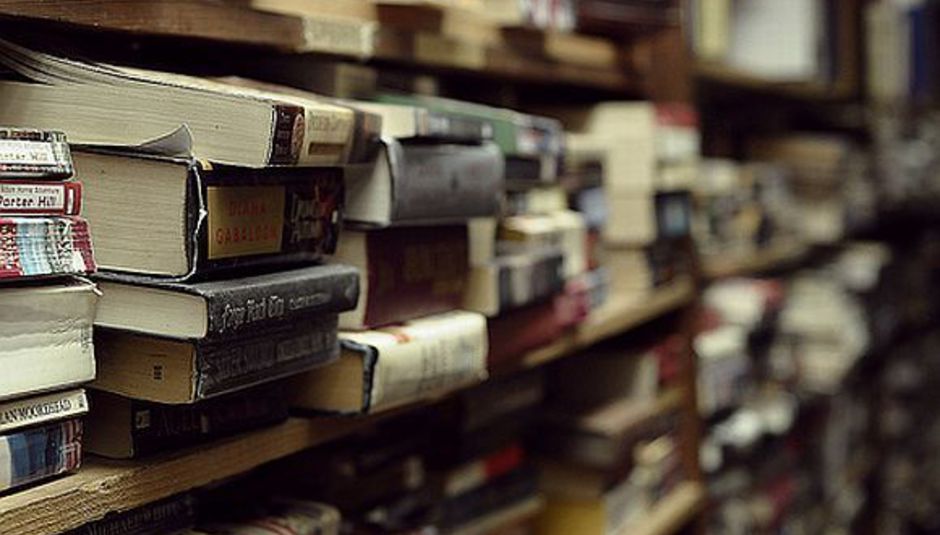 Following on from part one yesterday featuring a mixtape, here lies part two...

Whilst putting together his literary mixtape, Dave Martin from I LIKE TRAINS also conducted miniature interviews with each of the artists he got in touch with, asking them four questions about the intersections between the music they write and the words they read – as well as seeking reading recommendations. Here are some of the highlights of what he got back, along with a reading list made up of some of the many, many books that were mentioned. Expect pretentiousness, clever dickery and a smattering of genuine insight – the best one can hope for from an address book full of musicians, right?

Dave from the Wedding Present: I’ve not read an actual book for years, I’m kind of ashamed to say! I never seem to find the time these days. Do graphic novels count? The best one of those that I’ve read recently is Marvels – written by Kurt Busiek and painted by Alex Ross, Marvel Comics published it in the 1990s. It’s a delightfully illustrated and innovative re-telling of the classic Marvel tales done in a contemporary way.

Jonny from the Rosie Taylor Project: The Bathroom or Le Salles de Bains by Jean-Phillipe Toussaint. Man, in somewhat of a rut, takes solace in his bathtub and ponders whether it is worth the risk getting out. Short, too: all the best books are short, perfect for dipping into you might say.

Lee from Vessels: Yes. Just finished the first book in the Earth Chronicles by Zecharia Sitchin. He’s the guy that translated a bunch of Sumerian cylinder seals and came to the conclusion that earth was visited by people from a planet called Nibiru thousands of years ago. This planet is on a 3600 year elliptical orbit around the sun travelling in the wrong direction. Apparently it’s due back around pretty soon and will cause havoc with our planet because of it’s gravitational influence. Next week I’m reading Advanced Potting Techniques by Charlie Dimmock.

DM: I find that I’m mostly moved to write a song after reading a good book. Is that something you can relate to? If not, can you put your finger on what it is that does inspire you to create?

Matt from s k e t c h e s: I find that it’s usually the process of reading that inspires me to write, rather than the books themselves. I’m fascinated by the sound of certain words and that is usually a starting-point. I enjoy distorting regular syllabic inflections, putting emphasis on a syllable that wouldn’t normally be emphasised.

Tim from I Concur: Radio 4 tends to be my main source of inspiration. Ideas usually come from programmes that report on stories you don’t usually read about in the press. ‘From Our Own Correspondent’ is probably the best programme for this.

Jonny from the Rosie Taylor Project: Most start with a book, principally novels – poems are already set up, but taking the essence of a sentence and succinctly working it into a melody is where a lot of songs begin. In a less direct way the song ‘London Pleasures’ is to me very visual, like a montage of literary Londons from Defoe’s (Moll Flanders) to Orwell’s (Keep the Aspidistra Flying).

Tom from ¡Forward Russia!: I am certainly moved to be creative after reading a good book but I’m not sure I’m always inspired to write songs as such. Whenever I try to write something that is directly inspired by another work of art, it usually ends up being pretty insipid and gets scrapped. The stuff that inspires my lyrics tends to be more personal or based on things that I have seen or experienced, with ideas from other art sprinkled in for flavour.

DM: If your band were a book, which would it be?

James from Napoleon IIIrd: How To Lose Friends and Alienate People by Irving D. Tressler.

Sam Airey: Either Herman Melville’s Moby Dick or Hemingway’s The Old Man and the Sea. I grew up near the coast, and though I no longer live there, there’s still some sanctuary to be found in reading or writing about it. My fascination with the sea is almost on a par with Ishmael’s, and though I harbour no pressing desires to set sail, there’s something very romantic about the idea of it. Plus, there’s a running joke that all of my songs are about either death or the seaside. Let’s just say that it isn’t completely unfounded.

Jon from Duels: Something with a slightly troubled and ropey few chapters that finds its feet later and becomes a lot more readable.

Lee from Vessels: My Shit Life So Far by Frankie Boyle.

Tim from Vessels: Life and Fate by Vassily Grossman, because being in this band is a bit like the Battle of Stalingrad – the odds are stacked against us but we are hanging on out of sheer tenacity. Actually, that’s an absurd analogy, I just wanted to plug one of my favourite novels which doesn’t seem to get the attention it deserves. I think that Confederacy of Dunces by John Kennedy Toole is more appropriate.

Paul from Lone Wolf: Norwegian Wood by Haruki Murakami. A wonderfully written story about, well, everything!  Life, death, love, hate, friendship, sanity, insanity the list goes on, and it’s all spurred by a memory of hearing ‘Norwegian Wood’ by The Beatles.

Tim from I Concur: Willy Vlautin’s novels are rather like extensions of the songs he writes for Richmond Fontaine. Obviously you can write much more to describe characters and situations in novels, so reading his books is like reading lyrics to a very long song of his! Books of his I’d recommend: Motel Life, Northline and Lean on Pete.

Elanor from Glissando: Everyone should read Things the Grandchildren Should Know by Mark Oliver Everett from Eels, it’s a journey through his life right through to recent times, and it’s very inspiring for musicians and, well, anyone. He’s had a lot of tough times but he talks about how it’s made him realise how important life is, as well as playing music you love and feel passionately about.

In case you missed part one, you'll find it here.