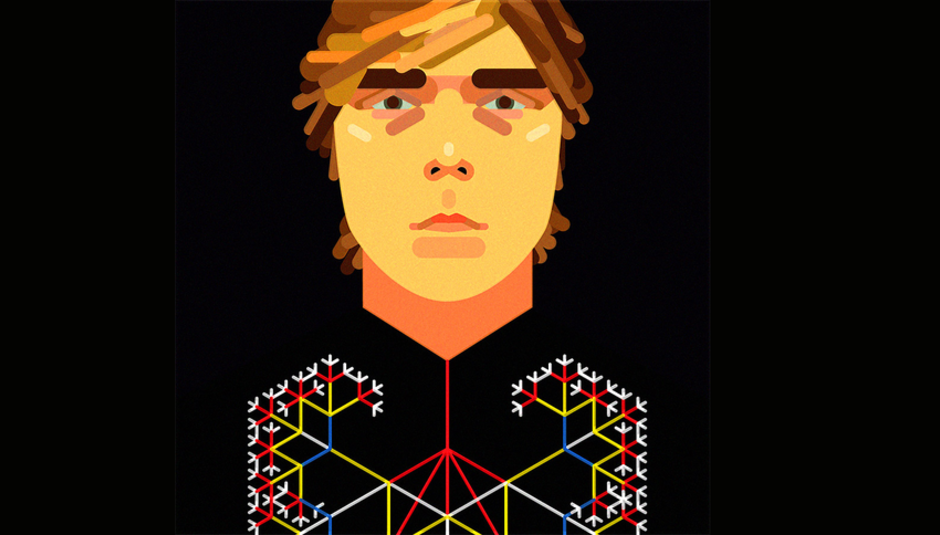 As far as developments of musical genres (or subgenres...) go, the Nordic-originating skweee is as interesting as it is recent. We thought it'd be worth a deeper look at such an intriguingly-named type of music as an essential part of our 10 Years of Nordic Series. As it turns out, the music and its genesis is far more intriguing than its name. And trust us, the three "e"s are entirely necessary. This stuff is addictive. Rory Gibb investigates...

Like many others locked to the fluctuating pulse of UK bass music, the electroshocked sounds of skweee first crossed my radar when the likes of Joker and Gemmy began peddling their own variants on a similar theme. When their music first turned up – Joker’s ‘Gullybrook Lane’; Gemmy’s fucked ‘Bk 2 The Future’; Guido’s ‘Orchestral Lab’ – it was as if a rogue doctor had ejected fluorescent dye into dubstep’s body cavity and proceeded to blast it with X-rays. Acrid, venomous synths traced filaments through its organ systems, highlighting certain elements and muting others, tearing away London-centric dread and replacing it with shots of woozy melody ripped straight from G-Funk and old videogame soundtracks. The influences at play were clear enough: the willfully experimental R’n’B of Timbaland and The Neptunes; a sense that everything, no matter how bizarre or avant-garde, could still be danced to, torn from Wiley’s early eski instrumentals; West Coast hip-hop; DMZ’s low-end rumble. But somewhere along the way those elements were all abstracted, pulled away from their own unique identities and stretched into different, but no less affecting/effective forms.

A Scandinavian subversion of a similar set of ideas, skweee’s hyperchromatic bounce proved as much an influence as any on that burgeoning scene hastily tagged as ‘wonky’ (a restrictive tag thankfully gone; adjectives rarely suffice as nouns when it comes to music). Teasing apart the squelch of early electro and hip-hop’s flexible groove, its pioneers proceeded to stack layer upon layer of shimmering synthesized melodies onto a relatively simple chassis. The result was a crushed, vivid form of dance music, easy to align with 8bit or chiptune but with a great deal of complexity beneath the surface. While its name is laced with off-key humour - coined by early scene head Daniel Savio as he attempted to squeeeze every possible fragment of sound from a Juno synth – it’s hard to imagine any other word could act as a better descriptor. Skweee is onomatopoeic music. Having removed the emotive layers R’n’B and hip-hop vocals might typically provide, that human content was reinjected via electronics; those wobbly, pitchbent bursts of melody could easily be interpreted as abstracted takes on the human voice. Instead of simply emulating them wholesale, though, they were drawn out and twisted, tracking a wo/man-machine interface – the stuttering wails of Randy Barracuda’s hyperactive ‘Ketamine Strut’ might as well have been generated by converting the larynx into an electric instrument. Stick a jack cable into a human throat, run it directly through a short-circuiting autotuner, and you’re somewhere in the right regions.

Ikonika – 'Smuck'
Eero Johannes – 'We Could Be Skweeeroes'

Rather like many musical communities from outside the UK/US axis, the skweee scene is fairly self-contained, displaying little transfer outward into the wider world beyond influencing electronic musicians further afield. In part that’s probably down to its closely connected nature. Like many electronic sounds, it’s driven largely by small releases, centred around two main labels (Flogsta Danshall and Harmönia) and more about participation than simply watching from the sidelines. Though there’s still little attention from the wider world, it has slightly crept out from under the radar in the wake of the Bristol/London connection and through Ramp and Planet Mu’s support of its artists. And as ever, for those scratching the surface it would be easy to dismiss most of it as sounding much the same.

Digging a little deeper, though, reveals huge variation between individual producers. Savio’s Dirty Bomb is rooted in a more downtempo style. Randy Barracuda is more closely aligned with his contemporaries mining similar ground in Glasgow, Rustie and Hudson Mohawke, fusing chaotic shifts in pace to shockingly abrasive bass leads. The Finnish Eero Johannes’ self-titled debut, released on Mu last year, was a set of chugging eighties-influenced creatures, its bargain-basement sound only serving to enhance the sense of playful experimentation. ‘We Could Be Skweeeroes’, later remixed by Ikonika, epitomises a large part of the entire sound’s appeal – it rocks the feeling of a hip-hop slow jam, but Johannes throws the metaphorical kitchen sink at it, shifting from oddly syncopated beats and sudden interludes to what sounds suspiciously like a tasteless funk bass solo.

Ikonika’s own music, meanwhile, shares a stylistic middle ground with skweee, though her sound is rooted in a distinctly ‘London’ sense of urban melancholy. Both ‘Yoshimitzu’ and ‘Fish’ are infused with the same bright ‘n’ garish tone, and the brooding ‘Smuck’ could almost be taken from Ramp’s excellent Skweee Tooth compilation. The hip-hop connection is pronounced too; although she is most closely aligned with dubstep and its ongoing evolutionary shifts, early tracks like ‘Please’ sounded far slower than they were, dulled synths mimicking the dizzying vortices of J. Dilla. In Brighton meanwhile, the influence has gone further still – the Donky Pitch night focuses on skweee alongside other hip-hop/beats sounds (the LA Brainfeeder crew, Eglo Records and Numbers), and producers like Slugabed and Boss Kite are forging their own unique paths through the sound’s labyrinth.

Skweee also shares a uniquely eighties childhood heritage with the likes of Joker, Ikonika and Gemmy. Though many are quick to dismiss their influence outright, video game soundtracks permeate their music, from ‘1UP!’ style amelodic wobbles to the metallic shimmers that accompanied successfully beating the final boss. Caught up in Mesak’s funk strut and Randy Barracuda’s dancefloor fireworks are all manner of tiny inflections that drag the mind straight back to blocky Megadrive graphics and rainy days spent getting square-eyed. While nostalgia is currently experiencing too much lenience as critical currency, allowing lazy, hazy, rose-tinted discourse, there’s certainly a great deal about skweee’s sonic framework that’s almost too easy to love. While they may remain in a sort of stasis, distanced from hip-hop’s sense of narrative or the steely futurism that accompanies techno and dubstep, in their own way the small core of individuals wringing everything possible from the simplest equipment are traveling along equally fascinating paths.