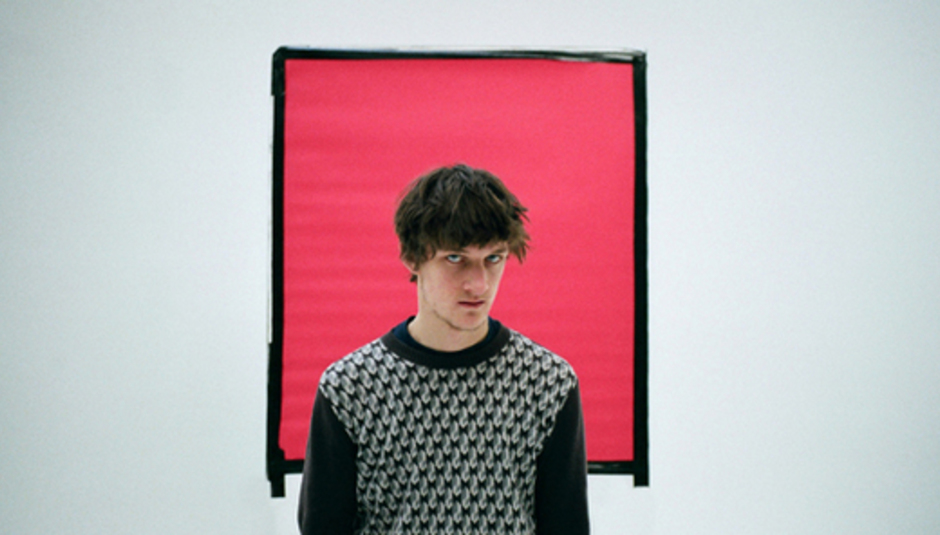 Despite playing home to a disproportionate wealth of top-drawer acts over the past decade, Glasgow’s conveyor belt of music shows no sign of slowing. So, as a quick rundown of some of the best music coming out of from the city’s streets, I’ve put together ten of my favourite new Glasgow acts for you to wrap your lugs around...

Tom Marshallsay, aka Dam Mantle, is at the fulcrum of Glasgow’s thriving experimental scene at the moment. Armed with a swathe of coruscating beats and illuminating effects, the Kent-bred bedroom producer is the conduit between the city’s indie-cool hipsters and nocturnal noise mongers. Already receiving justifiable exposure in the UK’s more on-the-pulse publications (including these very pages), the intricacies of Marshallsay’s origami-styled electronica is as beguiling as it is pulsating. Mark our words, Dam Mantle is an electro hero in the making.

In full atomic flow, DIVORCE are always an ear-bleeding proposition. The Optimo-signed quintet’s gut-spilling punk may not have transferred verbatim to last year’s debut EP, but it still stabbed harder than a buckfast slurpin’ ned round the back of your local 24hr Tesco. Central to the band’s appeal is the demonic growl of Sinead Youth; a prowling, possessed figure who possesses one of the city’s most unique, spine-chilling barks. Backed by a thunderous clatter of guitar and drum, DIVORCE boast a serrated edge that’s unrivalled by anyone on the Scottish live circuit.

Mitchell Museum’s (literally) gas-canister fuelled early shows often trembled on the precipice between maniacal brilliance and idiotic annoyance. But this year’s debut LP, Peters Post Memorial Service, changed all that; perfectly capturing the quartet’s unhinged disposition while showing a tuneful backbone that finally hollowed out the over-indulgence of old. The Glasgow quartet’s wonky, submerged melodies may still ring out like Flaming Lips’ Haribo-guzzling rugrats, but a new found snarl to their sound suggests this is a band on its way through an upward trajectory.

If it seems like Glasgow’s awash with textured, glitch-friendly soundscapes at the moment that’s because, well, it pretty much is. In a similar, if not identical, vein to Dam Mantle, the mutated beats and patchwork 8-bit electronics of Rickie McNeill (otherwise known as FX GT D*TA or the easier to pronounce Fox Gut Daata) are beginning to percolate the nation’s airwaves. Often pounding out like funk friendly hip-hop played through a Gameboy, McNeill’s hot-stepping compositions combine effects board wizardry with a knack for dance-floor friendly tuneage. Fox Gut Daata may not produce the most mainstream friendly cuts you’ll hear this year, but they’ll almost certainly be the most inventive.

Tagged as Glasgow’s latest bastions of jangle-friendly pop, French Wives have a lot to live up to in a city steeped in melody making tradition. Fortunately, the fledgling quartet possess an artillery that more than justifies the swooning adjectives gushing their way from local press quarters. Infectious of sound and purposeful in delivery, May’s resplendent single 'Me Vs Me' is a charging, dance floor friendly throng of instrument that subtly tips its hat to luminaries like Orange Juice and Franz without riding their coattails. Every inch their own band, it’s this headstrong sense of sonic identity that’s become French Wives’ greatest strength.

Better known as the frontman of deceased ghoul-rockers Uncle John & Whitelock, Jacob Love is reigniting his bone-shivering brand of sludging rockabilly. With only a few gigs under their belts the embryonic sextet are still finding their feet live, but early cuts 'Merry Hell' and 'South of Heaven' promise much; blistering the ear sockets like white hot pokers spawned in the debauched heart of a Maryhill council estate. Tinged with the street preaching madness of an early years Nick Cave, Love’s gritted storytelling and red raw delivery is truly one of the city’s most exhilarating thrills.

As creators of wild-eyed cuts that could blow the roof off an airtight presidential bunker, John Knox Sex never stray far from Twilight Sad comparisons. But the quintet’s delicately coined psalms probably owe more to Mogwai’s rousing undulations than the post rocking throb of James Graham’s troupe. With a rasp that knows its way around the west coast brogue, frontman Sean Cumming’s delivery on debut album Blud Rin Cauld ranks one of the year’s most accomplished vocal performances; flickering effortlessly between contemplative bard and boisterous town-crier. And with a stream of rich, arable instrumentation running fluidly underneath, John Knox Sex Club seem destined to be the next doom-harbouring act to burst from the city.

Another southerner making a splash in Glasgow’s underground is unsigned indie-tronica foreman Julian Corrie and his Miaoux Miaoux solo project. As a locally renowned producer who’s already worked with a slew of upcoming Scottish artists, Corrie’s own esoteric adventure is finally beginning to bear fruit. By mixing ambient, nocturnal grooves with his understated intone, the nest-flying Londoner produces a textured and soulful blend of transient electro-bent pop. And his creativity doesn’t stop at the effects board; the sleeve of Miaoux Mioux’s illuminating last single ‘Knitted’ was lovingly crafted by the needles of a Maggie’s Cancer knitting group. A melody maker with a conscience – what isn’t there to like?

Over The Wall are far removed from the archetypal Glasgow indie band. For one thing, there’s only two of them, but where other blatant wannabes pilfer from the nest of Franz and Belle & Sebastian, this trumpet-blasting duo seem determined to furrow their own, unique pathway – which this year included a sound-tracking a theatre show in the Edinburgh Fringe Festival. Their live outings are hyperactive, almost uncontrollable, events that fuse hook-spilling pop with exuberant showman patter. Blushing to key-chiming stomps and tear-stained laments, the band’s debut LP, Treacherous, drops this month and should finally push the pairing into the limelight.

So relentless is the slew of hyperbolic adjectives shat out by Scottish bloggers these days, most tips for the top need to be consumed alongside a shovel of sodium chloride. But with visceral quartet She’s Hit the purple prose spouting posse have definitely hit the button. A spewing throb of clanging guitar and bombastic percussion, their nasal art-punk endeavours sneer out like The Fall sodomising The Cramps at their most ragged. Still wet behind the ears, they’re only one split single (halved with Jacob Yates’ Pearly Gates outfit) into their fledgling career but, given the strength of their blistering live outings, She’s Hit will outlast the blogosphere’s hype.

Got more Glasgow tips for us? Let us know below...