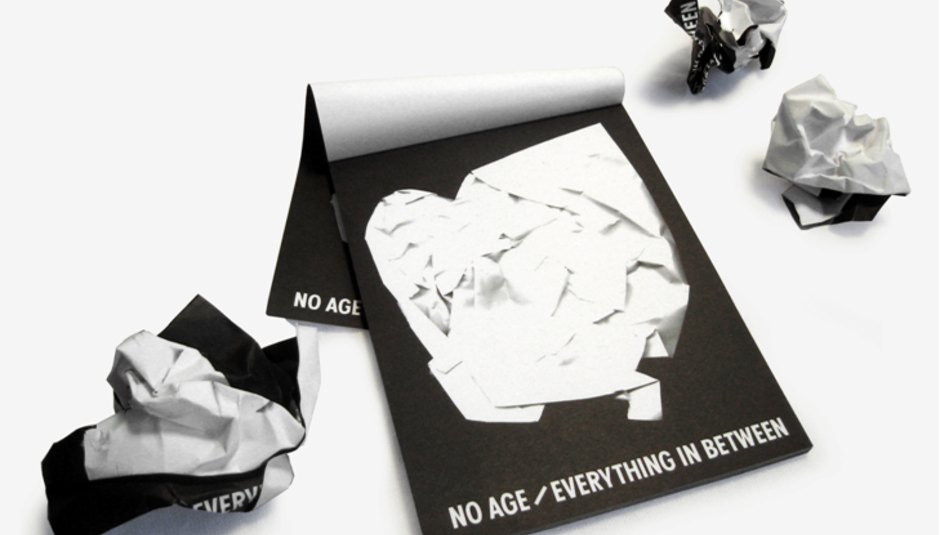 Here at DiS, we're the sort of people that have listened to the director's commentary on the bonus disc of Fight Club and Twilight, several times. One day, we wondered whether we could ask bands to do much the same thing and our 'DiSection' feature was born. As part of their takeover to celebrate the release of Everything In Between (and playing DiS' Birthday party in Sheffield and Manchester), Randy Randall talks us through No Age's new album.

This is the last song we recorded. It was finished the day we were mastering the record. Dean and I felt like we still needed one more song to finish off the record. We recorded the music at our practice space and Dean did the vocals in the mastering studio.

This was one of the songs we wrote on our last session of song writing. We arranged the whole song on the sampler. We had 5 samples that made up the verse bridge and chorus of the song. When we were first writing it I felt like it was really something different than anything else we had written yet. I love Dean's vocals on this song. When I first heard his vocal take I was floored. I couldn't believe what I had heard. I was super psyched after that day of recording. I just kept listening to the rough mix over and over.

This is a song we had written back when we were writing songs for the Losing Feeling EP. I remember kinda writing a Stoogesy sorta riff. We started playing this song a bunch live, but we didn't feel like the song fit in with the other EP songs so we decided to keep it for the next full length. We recorded a bunch of different takes of this song. It was actually kinda hard to capture the sound that we had in our heads of how the song sounded live. I think we got it pretty close to what we were thinking but it still lives in my head as a live song.

We had also written this song around the same time as the Losing Feeling EP. Again we wanted to keep it for the next full length. We also played it a ton live on the road. I had the tremolo part that I wanted to do in the studio and this soloy type thing that I had in mind. Once we got in the studio I was able to layer in all these things I had always heard but was unable to do at the time live.

This song was a guitar part I had written on my own in the studio on an incredibly sad day. I just felt like I didn't know what was gonna happen in my life. I knew we were making a record but I really had no idea if I was gonna survive to see it to the end. I really felt like giving up and hiding under the covers all day. I dragged my self down to our practice space and recorded 'Positive Amputation' and went to the music store to buy some mic stands and was feeling utterly depressed. I went back to the practice space and just sat in the dark for awhile. Then I picked up the guitar and wrote the riff for this song sorta trying to cheer myself up, but I eventually just gave up and went home. When we were in the studio we had some extra time and Dean was asking if I had any other ideas to mess around with. So, I grabbed an acoustic and played him this guitar part I had written not really knowing what we were gonna do with it. So, we just started playing around with the structure and Dean had these amazing lyrics. It was really an unexpected song that just came out without really thinking that much about it. We just recorded it and called it a day. Weird.

This song came out of ideas that we had for this Todd Cole Rodarte film that we did the sound track for. We had all these parts that we used for the sound track and we just wanted to collapse some of these ideas down into a song. The sound track was 15 minutes long, so this is sort of an annotated version or reworked version of some of those ideas.

This was a small snippet of some of the more atmospheric things we were writing for this record. We made about 5 or 6 songs in this similar vein, this was the one that sounded the most open to us.

This song was sort of a reflection on a Go-Between's song that Dean had put on a CD for me. There was this really breezy dark chimey thing that was incredible about this Go-Between's song. I think I was trying to channel some of that same feeling in the this song.

This song was a hair puller. We kept trying to figure out what the hell we were doing. Dean had this strange rhythm that he was playing with the sample pad and kick drum. I worked for awhile to come up with a riff that would fit to it. It was something a lil more out of time than what I would come up with on my own. It never really felt gelled together. It is a strange one that is sort of unexciting to play live. I had this weird intro that went before the song but we scratched that. It was almost just a B-side but something felt right about it. I was really pulling for this one. I think Dean felt the ending was too over produced "rock" type of sound. I dunno, I still really like it, it reminds me of this weird fractured delusional time at the end of the year when I knew something had to change but I was too afraid to make any changes. Kind of a stuck where you are kind of feeling. I did another version of this song that might end up somewhere as a B- side. It has more guitar melodies interweaved through out the song and sounds a lil less polished.

This is Dean's instrumental. I wasn't there when he recorded it. I think it sound amazing though. Sort of a Smithy "stretch out and wait" kinda melody. Really Beautiful.

This is an instrumental that I did on my own. I went down to the practice space and just started working on this thing. I didn't know if it would fit on this record or not. I was in this numb depression where I felt like the world was a very cold place that had no use for me. Ugh! it was a shitty day to say the least. Fuck! I have a hard time listening to this song, but I think it turned out well. I didn't do anything to it after I wrote and recorded it that day.

This was another song that was written in the last writing session. It was something that we felt the record was missing. Sort of a Wipers, Cheap Trick, Misfits sounding thing. I dunno, we wanted something that felt brutal. I think this is pretty pummeling.

Again, written towards the end. This was something we wrote and recorded in our practice space. Just a good way to end the record. We went through a lot in our lives while we were making this record, by the time we wrote this we had come to a better place and this song kinda reflects that.

Interview: Uffie vs The World (Part 1)