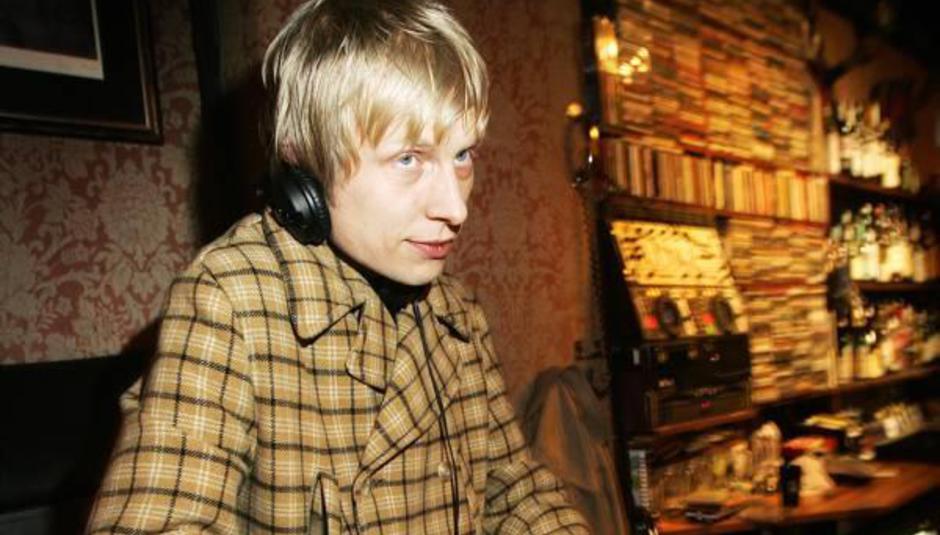 Rather than us choosing our favourite Nordic records of the last six years and compiling them into some boring and dry list, we thought we'd ask the natives to do the talking (or writing, but that doesn't fit so nicely into a pun...). It's going along with the theme of our Favourite 50 series and hopefully doing it this way will provide a more enlightening and insightful experience than otherwise might have been. Anyway, here's Part I of many, featuring contributions from Hjaltalin, Pacific! and Ungdomskulen.
The aim is that you will investigate something you've never heard of before and, what's more, it'll be good!

Chosen by Guðmundur Óskar of Hjaltalín It's an extremely difficult task to pick one Icelandic album from the past decade. But when I looked over last ten years this album came across my mind and I thought it's surely worth mentioning. It's definitely not the best album of the decade, but I can't think of a record that received as much attention in Iceland as this one upon its release - and the attention was much deserved. Critics were crazy about it, and emphasized that it marked a new era (direct translation of the album is "Our times") in Icelandic pop history.

I don't know if that's entirely true, it's only three years since the album was released, but if anything this album proves how fast everything moves in the current state of the music industry; the band isn't playing anymore and it's as though every Icelander has forgotten about it, but still the album sold almost 10,000 copies (only 300,000 people live in Iceland, so it's similar to selling 10 million copies in the US). It is also almost as though the album tried so hard to define the moment that it got stuck in that exact moment.

Anyways, when I listen to the album now I can definitely relate to it. It's a mixture of many brilliant elements, a joyous journey filled with humour and catchy tunes. It was recorded by Valgeir Sigurðsson who has made albums with artists such as Björk, múm, CocoRosie, Bonnie "Prince" Billy and many more, but what made Sprengjuhöllin special was their ideology which was so totally different from what had been dominating the Icelandic music scene for years. And although their new style was praised and hailed by so many, the music scene didn't move in the same direction, or maybe Sprengjuhöllin moved too fast, I'm not quite sure. Some say that the band got sucked away with the collapse of the Icelandic economy in late 2008. Again, I'm not sure if that's the right conclusion, but it almost happened at the exact same moment, the collapse and the vanishing of Sprengjuhöllin.

But this album is great, so anyone looking for splendid pop music a la The Kinks, Belle & Sebastian, Franz Ferdinand etc go find it somewhere. Just remember to keep a good Icelandic-English dictionary next to you when you listen to it.

Chosen by Øyvind and Frode of Ungdomskulen: Trøbbel is a timeless record. The sounds are eclectic which makes the sonic experience both big and small (believe it or not). Our bassist Frode describes the experience in this matter: "If you're dancing to Trøbbel alone in your undies in your living room it feels like you're at the world's best party and...ehm...vice versa". The title Trøbbel (means trouble) indicates a conflict, and one can sense a certain unease in the sound. It´s kind of similar to the feeling you get when it's brought to your attention that your neighbour is doing some really, really semi-dodgy business in his garage. Our favourites on the record are 'Hard Trafikk, 'Knekkebrød' and 'Trøbbel På Taket'. A fun fact about this album is that Ungdomskulen did a live version of the song 'Hard Trafikk' on a club night that we run once in a while. Not a single panty was dry afterwards.

Chosen by Bjorn of Pacific! Pacific! have some fellows in Gothenburg and many of them play in bands that are recording albums. So may I present to you - the album Winterhvila by our "fellowband" Fontän. The first time I met Jesper from Fontän was when his band Svensson headlined at a big party. The whole band wore blue facepaint and had two lowrider motorcycles on stage with their motors turned on during the ecstatic saxophone outro. In almost the same spirit, the Fontän guys like getting lost in reality and find their way back playing psychedelic sounds on stage as on record. In this album you have songs by the name of 'You Too', 'Neon Snakes' and 'Backstugu' and they all sound like jamsessions deep inside a dark  but warm Swedish forest. The guys are a good force that you can choose to follow without knowing what 'Backstugu' means. For me they represent a nice connection between Swedish progressive music from the '70s and modern dance music. For others they might be Balearic, but that's just crazy talk.

More Nordic Talking will appear in due course, keep up to date with all the goings on here.