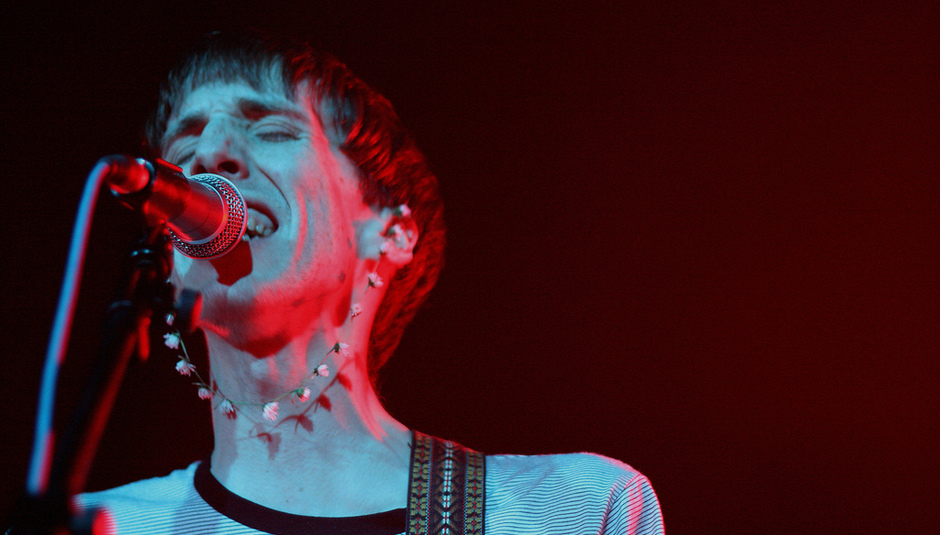 This week's Drowned in Sound content-themed Spotify playlist, featuring Glasser, Deerhunter, Violens, Chrome Hoof and Gold Panda amongst many others. Click here to listen to it. You know you want to.

To kick off this week's Spotifriday playlist we've got a track from Glasser. It's 'Plane Temp', as you can see, and it's taken from Ring, which we reviewed here. It scored 6/10, which isn't too bad really. This one is quite pleasant, so. Ethereal, one might say.

We do love Volker Bertelmann, who also goes by the performing name of Hauschka. He's got a new record coming out at the end of this month, which is entitled Foreign Landscapes. This week we ran Part I of a series of three videos looking at the making of the record. You can view it here. Keep your eyes out for more next week.

Violens also released a record this week, entitled Amoral, as in "not moral". It was reviewed by us here scoring 6/10. Again, not bad really. This one isn't taken from that record, but from their self-titled EP. It jogs along quite nicely, I think.

Chrome Hoof, however, are an altogether different proposition to mose bands found in this playlist and also most bands in general. That is meant as a compliment. You could do worse than go and see them in on their tour, which is occurring later this month. This track tells you more or less what you need to know in under two minutes.

Speaking of tours, of which there have been a great many announced in recent times. Sky Larkin did just that this week, confirming a spate of dates with Les Savy Fav. All of those shows will be worth going to. This track is a particular highlight of their set.

James Blake has been getting a fair bit of hype in recent weeks and months, following his blinding CMYK EP. This time he's gone and released another EP, called Klavierwerke which translates roughly as "Pianoworks". I think. Anyway, singles lady Wendy Roby chose the whole fucking EP as her "single of the week". You want to know WHY? Well then go ahead and click this link. Enlightenment awaits.

Also featured in the singles column this week were sisters Klara and Johanna, who together make up Swedish folk-duo First Aid Kit. It's much like the rest of their simple-but-effective songs - i.e pretty damn beautiful. There was also a video for it quite recently, which can be viewed here. Technically last week, but shhhh.

The PVT action this week consisted of one singular thing. That was a session of this particular track, for CBS, in video format. Have a butcher's hook at it](http://drownedinsound.com/news/4141165-watch--pvt-light-up-bright-fires-live-in-session). It's in black and white.

And to think you thought there'd be a week where we don't write something about Gold Panda. Actually, if you've heard any of Lucky Shiner then it's unlikely that you'd have thought this at all, so fucking full of brilliance the record is. I've seen him play live once, but it was so chock-a-block that I couldn't actually get properly into the venue. You have an opportunity to go one step better this Autumn. I suggest you do so.

And Deerhunter are here to make it a nice round TEN, on the first day of the month that we celebrate our TENTH birthay. Yeah, TEN is a recurring theme right now. They released their new record, Halcyon Digest this week, review here. Yes, that opening line is very familiar, isn't it? Still great, though.