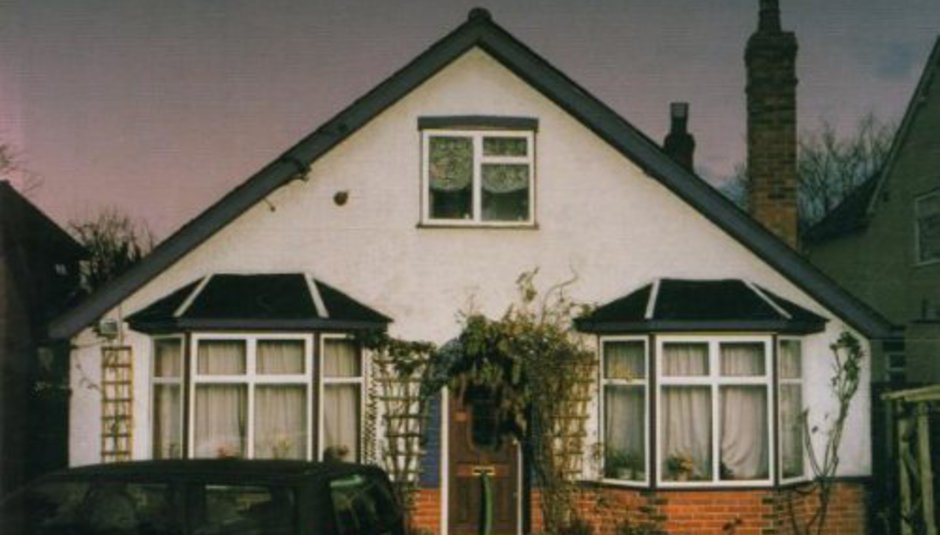 As part of our 10-week “DiS is 10!” celebration, we’ve asked 50 of our favourite people to tell us about one of their favourite albums of the past 10 years (please note: this is not a best or "top" list but personal selections). Here, DiS contributor Dom Gourlay shares his choice... The spring of 2001 was a bleak time for music. With pop about to embark on a televised journey it hasn't really recovered from, the alternative didn't really offer a great deal to shout about either. The Stateside production line conveyor belt of nu metal was in overdrive, while the UK's feeble answer amounted to little more than a host of earnest but dull musicians ensconced in the traditional pastime of previous generations - acoustic guitars and stools. Or in other words, Travis Barker or Travis? Neither, thanks.

Of course it wasn't all bad. Muse were about to release what is still arguably their defining masterpiece to this day, Origin Of Symmetry. They also set out on their biggest tour of the British Isles to date, stepping up from the toilet circuit to 1500-2000 capacity sized venues at the drop of a hat. Whether through keen enthusiasm or a lack of alternative drinking establishments at the time (remember, the Rescue Rooms, Stealth et al were a good two years away from opening their doors at this point), I was probably the first person through the door at the Nottingham Rock City leg of their tour. To say what greeted me before the arrival of the main event took me by complete surprise would be something of an understatement. Six blokes with haircuts seemingly pilfered from Paul Calf's backstage wardrobe making an unholy racket that sounded like nothing else on earth, yet at the same time, so God damn perfect.

Not much of what they played that evening stuck in the mind apart from the last song and its defiant riposte "Let's kill music before it kills us all!" yet from that first experience of The Cooper Temple Clause for the next eighteen months or so I was hooked. The next morning I rushed out to Selectadisc (RIP) to purchase the excellent Hardware EP, a record that still finds itself prominently placed on my stereo to this day. In fact, every subsequent release up to that of their debut long player See This Through And Leave felt like something of an event. Despite the outrageous coiffures and ridiculously tight clothes, their eclectic concoction of noise-rock, beats, off kilter pop and abstract electronica was a joy to behold, not to mention the almighty kick up the backside the British underground music scene so desperately required at the time.

So, onto that incendiary first record, an album that stood out like a proverbial sore thumb amidst the Embraces, Coldplays and Starsailors of this world clogging up the airwaves. Along with the usual mix of live favourites such as the aforementioned 'Let's Kill Music' and regular set opener 'Did You Miss Me?' and a re-recorded version of former EP track 'Panzer Attack', the album featured a host of surprises further demonstrating their unconventional approach to writing music. 'Digital Observations' sounded like it had been lifted from a sinister post-millennium remake of 2001: A Clockwork Orange. '555-4823' meanwhile could have fitted on an Autechre or Add N To X record, such was its eagerness to digress into dissonant electronica. Better still was the album's finale, and undeniable centre point at eight minutes long, 'Murder Song'. Lyrically one of the most harrowing tales set to music in recent years, its depiction of a close friend's suicide coinciding with singer Ben Gautrey's most poignantly mesmerising vocal performance up to this point (and many would argue, beyond) whilst simultaneously providing the album's title within its lyrics. If anything, it would prove to be a pivotal, yet somewhat epochal moment in that anything else the band recorded afterwards would pale into insignificance. Sadly, it represented the pinnacle of their career, a standard so unachievable they never really stood a chance of reproducing despite their most valiant efforts.

It seems strange now, unthinkable even that by the time of their fifth release, the double a-side 'Film Maker/Been Training Dogs', The Cooper Temple Clause were well on their way to becoming the biggest independent band in the country. A Top Of The Pops appearance beckoned and the rest should have been history. Alas it was not to be, and despite See This Through....'s follow-up Kick Up The Fire And Let The Flames Break Loose initially heralding a spate of both critical and commercial success, inter-band tensions and industry pressures eventually saw the band call it a day in 2007 after a third and final album and an epitaph that reads "What might have been..." placed above their tombstone. However, for that period between April 2001 and September 2002, The Cooper Temple Clause were the best band on the planet and See This Through And Leave still retains its status as one of the most accomplished debuts of the past decade.