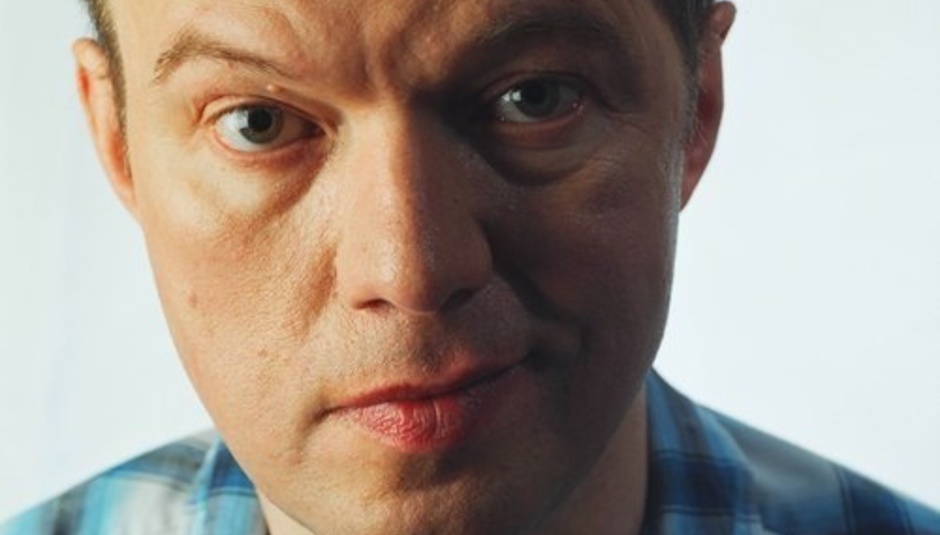 A new solo album from the former singer of an influential indie group might normally attract the attention of a few devoted followers, but it’s a different story where Edwyn Collins is concerned. Having suffered two massive strokes in 2005, the former Orange Juice man feared he would now struggle with many daily functions, never mind return to music. However, Collins has shown remarkable strength of character, encouraged by the support of friends and family, to rehabilitate himself to the extent that he is now writing songs and performing live again.

The remarkable return of Edwyn Collins is marked this month with the release of Losing Sleep, his first album to be written and recorded since returning to health. Written by Collins in collaboration with a host of friends and admirers including Ryan Jarman, Johnny Marr, Roddy Frame and Alex Kapranos, the record is an energetic, soulful collection of songs that refuses to wallow in self reflection, preferring instead to look forward to a positive future.

Just before the release of the album, DiS spoke to Edwyn about the new record and another forthcoming project he’s been involved in – the long-awaited reissue of the complete Orange Juice back catalogue.

DiS: Losing Sleep sounds fantastic, congratulations on such a terrific record. How does it feel to have a new album coming out, given your experiences over the past five years?

Edwyn Collins: ‘Thank you, I’m very excited and happy about this record. I didn’t really have songs in my head at all until late 2008. Nothing was coming, it was strange. Now the music is flowing in my brain again. The lyric writing is a challenge, but it’s improving. I worked hard for improvement, it matters to me.’

DiS: Does it annoy you or concern you at all that people might dwell on these experiences, just as you might be trying to move on from them?

EC: ‘People dwell on my experiences? It’s natural. I look a bit different, my speech is different. But after a while, you forget and we talk about the record, the songs, the musicians, my life now. It’s a good story..’

DiS: The collaborations on Losing Sleep are a key component – how did these come about?

EC: ‘Yes, I agree, they are key. It’s a new thing for me, to share songwriting, but I loved it. No egos or worrying, just ideas and fast working, lots of momentum and laughing all the time. It was the best fun, incredible.

The musicians across the album are my friends. Some are old friends, some more recent. It was easy to set up, kind of accidental, easy to write, easy to sing with them. I would mostly write a sketch out of a song, some parts I would sing into a dictation machine, some lyric ideas, guitar ideas I can show with my left hand. And sometimes a clue, like “Ramsey Lewis!” Then the guys would take it from there, come up with their own parts and ideas.’

DiS: I find it interesting how the guest vocalists sound alongside your vocals, how do you feel that element works on the record?

EC: ‘I thought all the voices worked together with mine, it was surprising. And with the different singers, you would think the album would sound disjointed, but not at all. It’s cohesive. I love the singing, Alex, Ryan, Romeo [Stodart], Jonny....also Carwyn [Ellis] and Sean [Read} in the background, amazing.

DiS: The record is very upbeat from the start, as opposed to Home Again, which felt a little more introspective (Home Again was recorded before Edwyn’s health problems but released afterwards). Was this just the songs that you’ve written, or did you deliberately choose tracks for Losing Sleep that are more upbeat?

EC: ‘It’s deliberate. The sadness is behind me. On Home Again, I had a sense of something bad in the wind. I was in pain, but I kept it secret. Now it’s gone, I’m back to life, I like fast, driving songs, full of life, full of purpose, full of direction and energy. I need that atmosphere in the studio - excitement, elation.’

DiS: It ends on more of an introspective note with ‘Searching For The Truth’, which has some lovely guitar work – was this a deliberate way to bring the record to more of a reflective close?

EC: ‘That is the only thing I wrote early on, two days before leaving hospital. I had hardly any speech back then. Grace [Maxwell, Edwyn’s partner and manager] thought it was a little joke. But I’ve turned into a pretty ending for the album, with Carwyn playing beautiful acoustic. And the other one, ‘All My Days’, with Roddy playing, I like that a lot.’

DiS: Putting the record together has taken around 18 months – was this a blessing in terms of giving you the space to let it develop naturally, or a curse in that it allowed you to keep changing elements?

EC: ‘Recording time was only about six or eight weeks, the rest of the time I’ve been so busy with other things. Most of it was done earlier this year. I wouldn’t change a thing. I don’t tend to change things once I’ve recorded them, I’ve always found it easy to be decisive. You lose the spontaneous feel if you go back and tinker. No mucking about, I say.’

DiS: Your experiences have physically affected your songwriting – can you explain how?

EC: ‘I can’t play guitar. My right hand and arm no longer work. I can form chord shapes with my left, show them to other musos. I can sing parts into my machine. I can shout commands in the studio! But you see, I have to collaborate now, I depend on the understanding of fellow musicians.’

DiS: Losing Sleep is a really soulful listen, would you agree?

EC: ‘Right off, it’s a bit punk mixed with Northern Soul. It’s a simple record, not complicated like some of my previous albums. That’s necessity. I’m a simple man now, in many ways. But it’s a good result, for all that.’

DiS: I hate to remind you, but you also turned 50 recently! Did you ever think you’d still be making records at this age back when you were first starting out?

EC: ‘Oh dear, fifty....imagine that. I couldn’t imagine thirty, never mind fifty. I was quite young when we started, seventeen. I think my style has changed a little since then. My voice is stronger now, actually. I was unsure of it back then. Some people hated it. But this record especially, takes me back to the urgency of my first records. I’ve never been a big star, lots of hits, all that. It used to bother me a bit, but what is there to do? I do what I do, I try very hard to make the records the best they can be. I’m content with that.’

DiS: How have you found the experience of getting back on stage and playing live? Was it daunting to do so at first?

EC: ‘The first show at Dingwalls, The Electric Proms, Oct 2007, oh I was very nervous. Scared, actually. Would I blow it? I had to learn my songs all over again, from scratch. By the third song, I was relaxed and enjoying it. My audience were wonderful. Performing live has taken my recovery on by miles, simple as that. Thanks to the challenge of singing and the reaction of the crowd. I love it, love it, love it.’

DiS Your other big news is the Orange Juice boxset that’s coming out in a couple of months. Why did you decide on the Coals To Newcastle title?

EC: ‘My son saw me use that term in the first TV interview Orange Juice ever did. He was intrigued by it. When we were thinking of a title, he said, “What about that coal thing you said? I don’t know what it means but I like it...” Back in the day everyone knew what it meant, it was a common expression. Google it, young people!’

DiS: Why did you feel that now was the time for these records to be re-released? What did you think of them when you listened back?

EC: ‘It was Kris Gillespie of Domino USA who was determined to put this difficult project together. He has done an amazing job, it wasn’t easy to find all the masters. Now I have them in the back room of the studio, thanks to Kris. I think they all sound good. We didn’t really sound like an eighties band. No matter what people say, the charts in the eighties were terrible mostly. Listen to Dale Winton on a Saturday and you’ll hear. it’s shocking. OJ couldn’t get on the radio because we didn’t have big shite snare drum sounds. You know the one I’m surprised how great it sounds? The last one, The Orange Juice.

DiS: These records have obviously proved to be an influence on an increasing number of bands – is this quite rewarding for you now, considering the level of success you had with these records at the time? Or would you rather have had the success back in the day!?

EC: ‘I would have loved more success back then, but now I’m fine. I’m all about now, about Losing Sleep, about the future. Not many get as long as I’ve got from the music business, especially with hardly any hits! It’s a very funny story, you know, my life in rock.’

EC: ‘I do, I always have and I always will. I like to give the people what they want, a bit of everything. Then they go away happy and I like that.’

Many thanks to Edwyn and Grace for speaking to us about the new record which is out on September 20 (Heavenly). The Orange Juice boxset Coals To Newcastle is released on Domino in November.