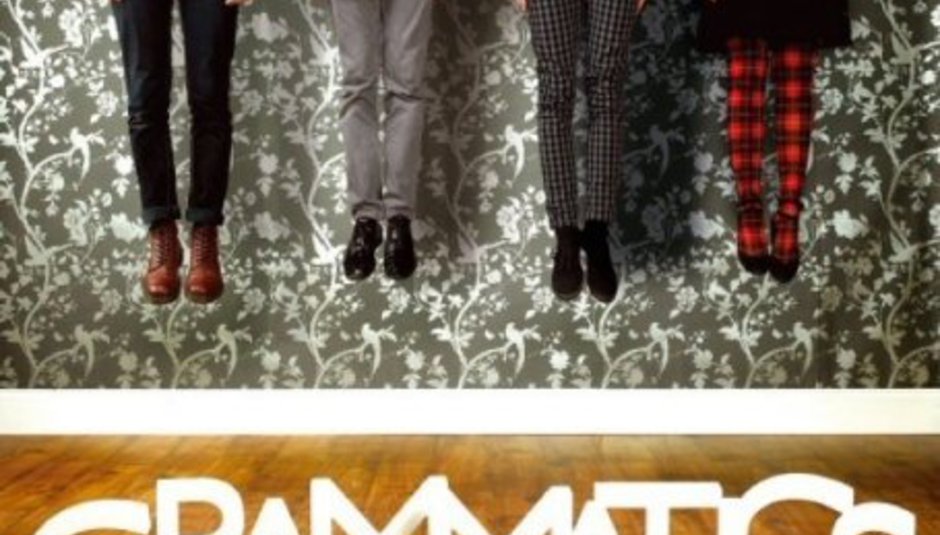 As part of our 10-week “DiS is 10!” celebration, we’ve asked 50 of our favourite people to tell us about one of their favourite albums of the past 10 years. Here, DiS contributor Paul Stephen Gettings shares his choice... When I chose Grammatics' self-titled debut record as my pick for our Favourite 50, I didn't quite envisage that less than a month later I would be watching them thrashing out the closing squall of 'Relentless Fours' for what would be the final time. For me, Grammatics is one those records that is inextricably linked with the events of my life since I first heard it; with every city I visit, person I miss, or memory I recall from the last three years, the thought is inevitably accompanied by the radar-beep of 'Inkjet Lakes' or the cavernous drums of 'Murderer' or any other one of the innumerable 'moments' that the album is crammed with.

Even without hearing a note, it's obvious that Grammatics is the work of daring and visionary individuals, from their bold visual aesthetic to their stylish, idiosyncratic appearance. But the music itself is a revelation; catchy, accessible works that somehow still manage to take you on a wild sonic adventure: The scuzzy, detuned guitar; the skyreaching duets of vocals and Cello; the startling, dramatic dynamics; the swathes of radio static; the literate, immersing lyrics.

Grammatics is dense and synaesthetic; textures and colours and secret sounds are massed up and hidden across the record, waiting to be found and mused over. What is Owen Brinley howling at the close of 'Inkjet Lakes'? What lurks in the dark pools of 'Rosa Flood'? What is recited over garbled telephone lines before 'The Vague Archive', and who is doing the reciting? I'm sure all of these questions have answers, but I prefer to think its better not to know for sure; to let the mystique and nuance of the album stay magical and mysterious.

Sadly though, Grammatics already showed the early symptoms of the band's eventually terminal deterioration; the eerie cackles of former Cellist Rebecca Dumican, whose departure was the first in long line of members who left the band in order to pursue more profitable, rewarding professions. It is almost certain that, in any other decade, a band who had garnered as much critical and fan acclaim for their debut album as Grammatics had would be in a very good position in the approach to album two. However, with the unique infrastructure for copyright theft that has developed over the course of the decade, it is little wonder that a band of their stature have found themselves "Krupt".

With their debut record, Grammatics have not only produced one of the best albums released this decade, but left a truly fitting epitaph for a beloved band who were classic in every sense. It also serves as a piquant reminder of the next steps they could have taken together if fate had allowed them to continue. The 2010's will certainly be duller without them, but as it is, Grammatics' place in history, and in our hearts, is assured.