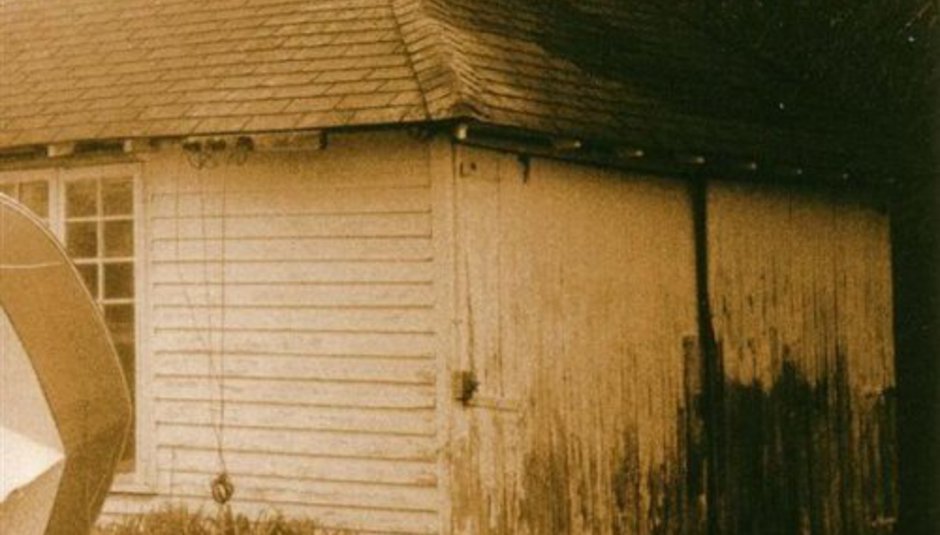 As part of our 10-week “DiS is 10!” celebration, we’ve asked 50 of our favourite people to tell us about one of their favourite albums of the past 10 years. Here, DiS contributor Bruce Porter (aka OceanRain) shares his choice. On the face of it, The Meadowlands is straightforward rock and roll, the kind you’d expect from a band that hails from blue-collar New Jersey. Move a little closer, though, and you’ll see master craftsmanship at work, elevating the album to something altogether more precious. Opener ‘The House that Guilt Built’ fades in with crickets and a quietly strummed electric guitar. Jerry MacDonnell sings four lines, his voice restrained and unwavering: “It’s been so long, since you’ve heard from me / Got a wife and kid that I never see / And I’m nowhere near I dreamed I’d be / I can’t believe what life’s done to me”. There’s nothing wrong with albums that dote on youth culture, but it’s a rare event when the trials and tribulations of midlife are paired against a stimulating musical backdrop. And far from being a complete downer, The Wrens present an appraisal of tough times that evolves into a moving and uplifting experience.

From The Meadowlands opening tracks, it’s apparent this isn’t the same band that burst onto the indie pop-punk scene back in the mid-’90s. The Wrens grew up and everything didn’t go as planned. Fans will remember the band’s acrimonious split with their label, Grass Records. The Wrens balked at signing a million-dollar contract, and label president Alan Melzter pulled his support, leaving the band in limbo and members to their day jobs. Original copies of Silver (1994) and Secaucus (1996) now sell for exorbitant sums on eBay, and for a long time it looked as though there’d never be a third. The band’s account of these turbulent times is documented seven long years later on The Meadowlands. Songs such as ‘She Sends Kisses’ and ’13 Months in 6 Minutes’ are solemn and introspective, which feel miles apart from the Pixiesesque-guitar blasts they used to favor.

If anything, they’d improved their knack for rollicking guitar hooks. It’s breathtaking to hear how the Wrens are able to triumphantly overcome this underlying malaise through joyful melodies and MacDonnell’s propulsive drums. On ‘This Boy Is Exhausted’, the song builds off a plaintive croon that cuts through a series of peaks and valleys, culminating with a fist-pumping cacophony. The guitars on ‘Hopeless’ press forward incessantly, urging the listener to turn up the volume, and by the time the Wrens sing, “But those days are all but over now”, there’s an adrenaline rush that kicks the song into overdrive. Hopelessness never felt this good.

The final third of The Meadowlands boasts two of the best songs of the decade. ‘Boys, You Won’t’ is a song of heartbreak, alternating between irritating static, a plinking electric piano, and a guitar that sounds like an anchor chain being pulled through a hawsehole. The effect is unnerving and intoxicating at the same time. The album reaches its zenith with ‘Everyone Choose Sides’, its guitars and drums crashing against one another in a fierce battle neither side is prepared to concede defeat.

As a scrapbook of starkly personal snapshots that reflect the hardships of growing older, it’s not the Wrens shortcomings that resonates the loudest. Every rock band is angry about something. It’s the fucked-up confidence with which they tackle past failures that makes them great songwriters. When Kevin Whelan sings, “I wanted you, but I’m over that now”, he repeats, “I’m over it” with just the right amount of bitterness. The sentiment is both resolute and sincere. It’s like therapy for people who are more comfortable working out their issues with the local bartender than an erudite psychologist.

I was lucky enough to catch The Wrens in Los Angeles about six years ago, not long after this album came out. Frankly, I had low expectations. Hell, the Wrens are older than I am and most of my encounters with middle-aged musicians (who are not named David Bowie) had been disappointing bar bands. When the Wrens walked onstage, I remember rallying my troops, making half-hearted gestures to indicate that they should get through the pain of this show quickly enough. Boy, did I underestimate them! It was easily one of the most thrilling performances I’d ever seen.

The Wrens website famously says, ‘Keeping folks waiting since 1989’. It’d be funny if it didn’t hurt so much. For the first time in years, however, there’s tangible evidence that a new album is on the horizon. To mark the five-year anniversary of Hurricane Katrina, and in response to the Gulf oil disaster, the band donated a new song to be included on Dear New Orleans, a digital-only benefit compilation that’s available now. If ‘Crescent’ is anything to go by, the Wrens next album will be well worth the wait. God knows, The Meadowlands sure was.