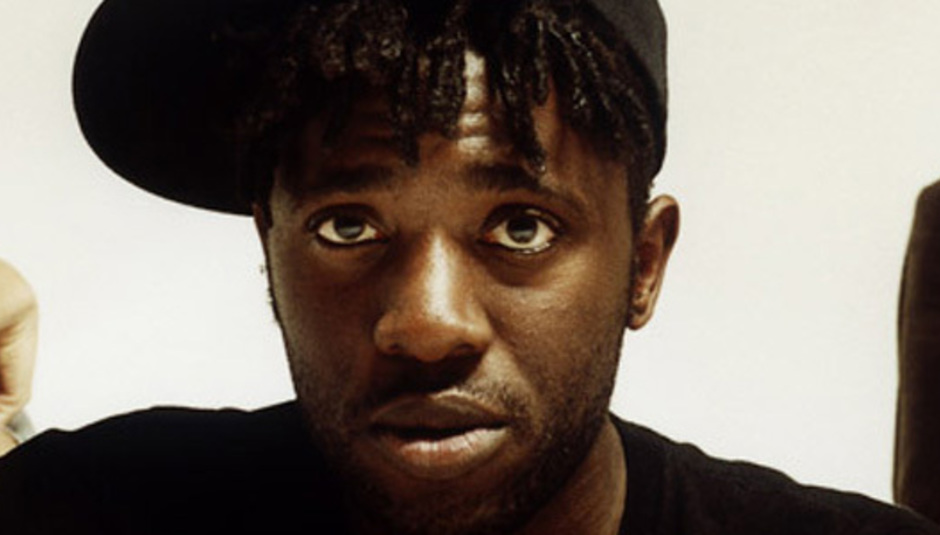 One of this year's finest pop albums has come from the most unlikely of sources. Kele Okereke, a man who spent the previous decade in one of the UK's biggest indie bands Bloc Party, has embarked on a solo career and released his debut album The Boxer to critical acclaim. Combining hefty slabs of club culture with anthemic choruses the album feels like something that has been sitting on Kele's tongue for years, just waiting to be spat out into the world. DiS caught up with Kele to talk about his time in New York, making the album and his plans for the future.

What was the thinking behind just using your own name? Did you ever consider a pseudonym?

Initially I was going to call it Koko but then that girl I Blame Coco came out so I had to rethink that one. I realised that I've made this record by myself and I'm really proud of it so why not just call it after myself? I think it's quite fitting.

So you feel it reflects the personal nature of the music?

Yeah absolutely, there is nothing to hide behind any more.

You spent a lot of time in New York writing and recording the album. How did you find the city and do you think it influenced the feel of the record at all?

I certainly didn't live in New York like a lot of people seem to think but yeah I spent a lot of time there are made most of the album in the city. All of the songs were written in London but then I took them to New York to record. The producer I was with over there (XXXChange) is like a big hip-hop and R'n'B fan and I feel like that probably shaped the album more than the city we were in. I learnt a lot in New York though and met loads of different people that I wouldn't have done if I'd just stayed in London and done it there. Having said that I didn't really go out when I was there, I was just focused on getting the album down.

You said that you listened to a lot of hip-hop and R'n'B while you were there. Who are you enjoying at the moment?

When I first went to America there was a Lil' Wayne song on every single music channel and I didn't really know who he was. It was only when I got back to New York last year that I properly started listening to his incredible stuff, I just think he's a genius.

I heard you were a fan of Nicki Minaj...

Yeah I absolutely love her, she's incredible. I think she's going to just blow up and become enormous soon. I listened to a lot of her music while I was there, and when I got back as well, and a lot of a rapper called Gucci Mane too.

Have you heard Nicki Minaj's track with Drake from his album?

Yeah, I'm not really a big fan of Drake. I think she's better on her own than alongside him.

Getting back to The Boxer. Would you say this is the most pop orientated album you've ever made?

I think so but then it's also the most old school and disco album I've ever made. The songs are essentially just verse and chorus, very melodic and they're not trying to be too complex. I've taken sounds and textures from club music but it is still very much a pop record.

Did it ever cross your mind to take some time out and just not make music for a while?

No. I'm 28 and I'm doing something that I love. Why would I want to stop? There will come a point where I don't want to or am not able to make music any more but right now is my time to work and I'm not afraid to work.

Are you a restless person?

I enjoy being creative. If I'm not writing songs then I enjoy writing stories or writing stuff for my blog – I just enjoy making things.

What is the significance of your album title The Boxer?

Well I did actually take up boxing so that is a big part of it but I think it works as well because as a boxer you rely on nobody else except yourself and your own instincts. That was certainly how I felt going into the making of this album and about the project as a whole. So, in that sense, the title seemed very apt. I never thought I had it in me to make an album on my own but I just kept going throughout it all and got there in the end.

Do you have a favourite moment on the album or a song you feel best represents the record as a whole?

I think 'Rise' is pretty great. When I wrote that song it was the start and I wanted to mix very different worlds together and I think that Rise proved I could do it in the way that I wanted to.

How have you found performing the music live?

Initially I was really worried that people might not get it or just not care because they wanted to hear what I've done before. That really bothered me for quite a while but the first sort of tour that we've done was so great and it felt like people were with me from the offset.

Are you playing much guitar during the live show?

No, not really. Nowhere near as much as I have done in the past.

How does that feel? Does you feel like you're missing a limb or is it quite freeing?

It's great actually. I feel like I can move around a lot more and interact with the crowd too because I'm not plugged into any amps or have a guitar part to play.

Have you been practicing your Mick Jagger moved now you're a proper frontman?

Ha, not quite but I might pull a few things out. The point of the live show, and this has always been my intention, is that it's as personal as it can be. I relate to music more when I've seen a band live and I want people to come and see me and it be a very natural sounding thing with just four musicians on stage playing this music. I want to tour as much as possible and play these new songs as much as I can.

And you're playing some Bloc Party songs live too aren't you?

How did you decide which ones to perform?

Well quite a few of the songs fit in with what I'm doing now and I mean, they're my songs and I like performing them. We're doing 'Flux' and a sort of medley of other tracks but I don't want to say too much because it'll spoil the surprise.

Will you play 'Visits Getting Shorter' from 'Intimacy'? That always felt like the song that captured everything Bloc Party wanted to be perfectly.

I agree. That is one that I really like too and I would like to try and play it out live some time because I'm very proud of that one, and all my old songs.

Kele's album The Boxer is out now. The single, 'Everything You Wanted', is out on August 16th.

Kele will be performing live at the Reading and Leeds festivals as well as a one off London date at The Electric Ballroom on November 19th.