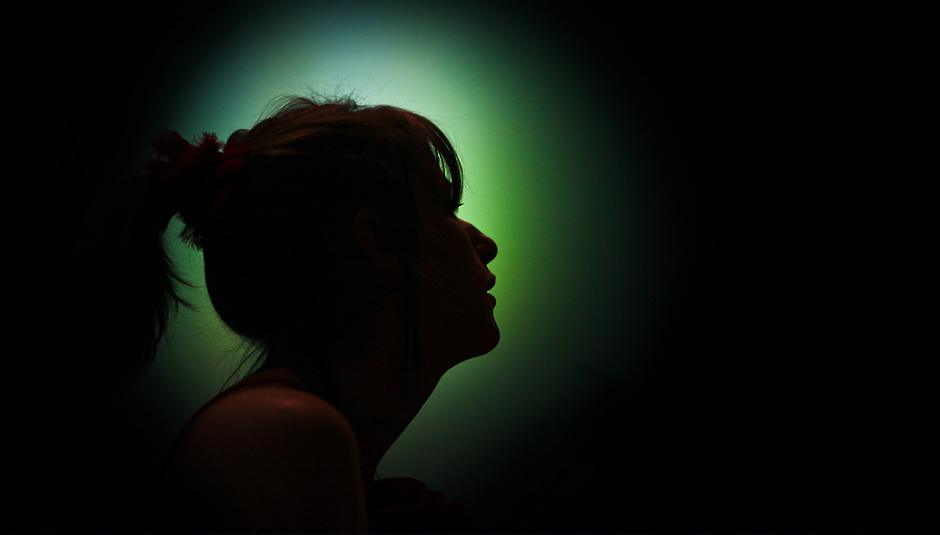 We get some people 'in the know' to tell us about which Norwegian bands and artists they're looking forward to seeing at this year's Øya festival, which takes place in Oslo from August 10-15. There's a bloody lot and a bloody good lot, so this perhaps wasn't the easiest, still, they all managed to narrow it down to five (apart from one!). Read on to investigate and keep your eyes out for our Øya 2010 mixtape. Of course, this can also be useful even if you're not heading Nord-ways, all these acts are worth digging out a little bit more on. Think of it as a localised preview of the festival(en).

PowPow - Like a cross between Daft Punk, ELO’s ‘Time’ and Neil Young’s ‘Trans’. No bad thing in my book.
Ingrid Olava - I really like what I have heard of Ingrid on record but am still yet to see her live, so really looking forward to catching hetr at Øya festival.
New Wine - Remember these guys being one of my highlights at The Great Escape a couple of years ago so will be interesting to see how the songs and live show have come along.
The Little Hands of Asphalt - I knew nothing about LHOA before checking the Øya list but definitely an act I will be checking out, delicate and beautiful songwriting with a gentle nod to Elliott Smith and Conor Oberst.
Team Me - Again, not something I knew about before going through the listings but going by the lovely harmonies and unusual instrumentation it is something I will definitely be checking out.

Megaphonic Thrift - They're stoner grunge-punks that channel the spirit of mid-period Sonic Youth and they blew my thermals off at By:larm earlier this year, so I'll certainly be paying them another visit.
Altaar - Altaar ply dirty, candle-lit noise and doom that's lounge-y and psychedelic enough to score a David Lynch flick, if he were to make one about a satanic black metal band.
Leif And The Future - Blissed out, synthesizer-assisted indie pop with melodies reminiscent of James or Teardrop Explodes. This is (so I've heard) about the hottest underground band in Oslo right now, so I'm going in preparation for an epic 'I was there' boast in a year or so.
I Was King - I saw them at Club NME where they were criminally under-appreciated by the not-quite-pissed-yet Friday night crowd. They sound like their radios have been picking up worm-holed signals from US campuses circa 1990 and write songs to rival those of Pavement and Dinosaur Jr.
Social Suicide - Teetotal Christian teenagers and raucous post-hardcore pedallers. I'm expecting no shirts, badass tatoos of religious iconography and a live show that surpasses in-your-face and comes right out the other side of your head in a mess of skull and brain tissue.

Nils Bech - If this is what Norwegian electro-pop sounds like, then this might be one of my new favourite genres of music. ‘Look Back’ is a killer tune.
Cold Mailman - They sound a bit like Belle & Sebastian. ‘Pull Yourself Together’ is airy and tranquilly beautiful.
Death by Unga Bunga - This is just a great band name, and fun to say. And ‘She-Devil’ sounds like a beach party bottled up into a three-minute song.
Chitty Chiggy Bang Gang - Another excellent band name. Chitty Chitty Bang Gang claim on their MySpace that they will make you “Move your feet and dance to the beat”, “Do the snake and stay awake” and “Do the jive and feel alive!” They keep their promises - each track is a ball of indie-electro energy.
Mental Overdrive - Per Martinsen aka Mental Overdrive is another electronic artist/producer I can’t wait to see at Øya. ‘Elephantastic’ is a sick track.

Phone Joan - I like this and I have a couple of things it should fit with for touring etc...She Keeps Bees for example.
Maria Due - Very good. And I like pianos. And quiet stuff. And lovely voices. Chitty Chitty Bang Gang - Fun and good. Last Heat - Nice and big sounding.
The Little Hands of Asphalt - Lovely and twee and pretty!

Jack Dalton - I was pleased to find that Jack Dalton’s spiky, Pulled Apart By Horses savageness mixed with Ungdomskulen eccentricity was perfect festival fodder and nothing to do with the fictional characters from both Eastenders AND MacGyver as google first suggested.
Therese Aune - Although she claims making music makes keeps her ‘happy’, there’s nothing jubilant about Therese Aune’s melancholic Patrick Watson-styled serenades. Her music is absolutely beautiful, very solemn, but very beautiful.
Cold Mailman - Sparse and stirring, Cold Mailman’s serene sound totally enchanted me when I first heard it. ‘True Love Does Exist’ reminds me of Sleeping States and Broken Social Scene and being all lazy and happy in bed.
The Lionheart Brothers - The Lionheart Brothers’ music is totally enveloping with its psychedelic swirls, kaleidoscopic peaks and turns and bursts of abrasive horn parps. A perfect sound to blast the sleepy festival cobwebs off with.
Hypertext - There’s nothing not to like about Hypertext, with all of their little Wilco-esque quirks, expansive, shimmering guitars and soaring melodies. They are excellent.

I Was A King - You know when you first heard Of Montreal and you weren't entirely sure whether they were joking, and then you realised that you didn't care whether it was some twee version of Spinal Tap or not because either way it was totally fucking great? Ditto, these lot.
Chitty Chitty Bang Gang - Naturally, anyone with a name as brilliantly awful as this will always spark our interest. Luckily, however, they sound less like the revolting college frat party that you might expect and more like the Moldy Peaches with added technology. Which is always preferable.
Casiokids - One of the more familiar names, Casiokids deal in crunching dancefloor-ready electro-pop with a smattering of vocal and a hefty dollop of space-age sampling. If you don't believe us, ask Morten Harkett; the band have been selected for a short-list of contestants to receive the surely slightly oxymoronic 'A-Ha Talent Grant'[Ed - They actually won!].
The Megaphonic Thrift - Built around distorted, shoegaze-y guitar lines and sweeping crescendos, The Megaphonic Thrift draw elements from Sonic Youth, bits from Built To Spill and smash them all into one gloriously hazy amalgamation.
Team Me - At times Team Me's cutesy twee-isms can get a bit grating but they're on the list purely for new single, 'Weathervanes and Chemicals', which is really, really rather wonderful. Pitched somewhere inbetween Jonsi and Arcade Fire, it's about as heart-warmingly lush as it gets.

The Megaphonic Thrift - I saw these guys back at by:larm and absolutely adored them, and their Sonic Youth-influenced songs sound as good on record as they do live. Definitely my top band to look out for.
Serena Maneesh - Not so much of a new band but definitely one who has potential to do really well in the UK,I have yet to see them live so very looking forward to it.
Team Me - Loving this band, they sound like Patrick Wolf meet Fanfarlo and the single is incredibly catchy and yet very well crafted. I can't wait to see them at Øya.
Susanne Sundfør - I saw her play on her own a few months ago and she was truly stunning, she has an amazing voice and I highly recommend her.
Hypertext - Only just found out about this band but I’m really enjoying them, the music is quirky and interesting and I've been told Susanne (no.4) has joined them recently so I’m very curious to see what they are like live.

Shining - I'm a little disappointed that we've nearly got to the end of the list and nobody has mentioned supermetaljazzfusionists Shining, or SHINING as they like the be known. They too (along with Susanne Sundfør and Casiokids) won £100,000 from a-Ha, as well as a support slot on their farewell tour. I would like to have seen the faces of anyone within earshot when this righteous noise opened up. Would have been priceless.
Susanne Sundfør - Saw her entirely on a whim at The Great Escape earlier in the year, mainly because I read that she's from Norway. So glad I did, and I'm sure the other 20 or so people that were present at the Unitarian Church agreed. She barely stopped for breath amid an array of haunting, powerful and morose compositions and stole a little piece of my heart which I intend on getting back this time.
Ost & Kjex - This means Cheese and Crackers when translated into English. Two of my favourite things, actually. With a name like that and the power of a million synth-stabs it'd be silly not to have at least have a peek.
Disjokke - If you give even the smallest of listens to this guy's current album, En Tin Fid, it'll become quite clear why he's performing with an Indonesian Gamelan orchestra. It won't take much more than a small listen to be hooked into Diskjokke in general, though, even if the opening track seems to half-inch from Kraftwerk.
Altaar - As someone up there alluded to, you can't go to Norway without dabbling in the dark (musical) arts. I'll be doing that with Altaar. Entirely within the confines of the festival park, not outside you understand!

More information about Øya festival can be found here. Look below for a list of the band's MySpace pages.