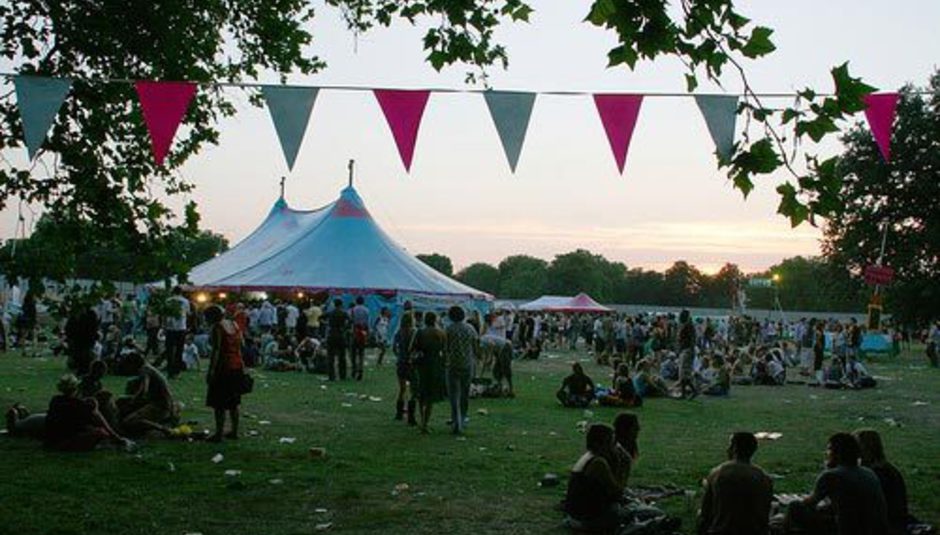 Finally, I’m going to make it to Field Day. I find it mildly unbelievable that it’s taken me four years to actually get myself to East London’s most boutique of one day festivals, given that it is practically on my doorstep. Whilst previous editions were dogged by complaints (sound levels, food provision and toilet facilities were amongst the moans of the boards following the inaugural edition of the festival) reports from last year suggested that advice had been heeded, and improvements undertaken. The mighty Mogwai played a set of typically colossal proportions, whilst itinerant attendees ate delicious organic food before availing themselves of the pristine ablutions facilities. One imagines.

But what really makes this year’s Victoria Park day out look so attractive is a fantastically diverse, interesting and inspiring lineup. Last year’s really took some beating, and we’d tentatively suggest that this time around might be even better. So here’s our estimate of who’s going to deliver the promised sucker punch to Mogwai, Toumani Diabate, Fennesz, The Horrors et al.

Promoters Eat Your Own Ears are no slackers when it comes to getting bodies moving, and the line-up is dappled with some excellent electronic artistry. First up, there’s Dam-Funk’s grin-inducing bass powered funk, as the California producer brings a slice of Miami Vice to East London. Don’t expect fireworks; do expect slap bass and vocoders. But it’s not just the Americans who are getting down with their g-funk sound. Judging by his [latest release, 'Tron'](http://soundcloud.com/multiverse/sets/joker-tron-vip-mix ), Bristol’s primary purveyor of ‘purple’, Joker, has had a bit too much West Coast sunshine of late.

Not that we’re worried: if anything, we’re even more eager for a doubtless mindblowing set of warped treble and murky bass, accompanied by MC Nomad. Fellow UK basshead Hudson Mohawke is another shining light on the lineup; we’d bet more than we put on Spain in the World Cup that the Glaswegian is planning to baste the crowd most tastefully with his wobbling, buttery and uniquely soulful take on dubstep.

There’s something of a German invasion this year as well, with Moderat’s jerking and cerebreally pulsating techno sitting comfortably alongside the kraut disco intelligensia of Mouse on Mars. Similarly, fans of dance music darling Pantha Du Prince should expect a live set of some quality, full of shifting, delicate synth patterns and minimalist pointillism, if his acclaimed Black Noise record is anything to go by. Fear not though, patriots/nationalists: James Holden flies England’s experimental electronic flag high, his progressive explorations of techno and electronica likely proving more of a match for those ingenious Germans than our hapless football team did…

Video: Pantha du Prince: 'Stick to my Side'

Yet it’s not all about electronica: whilst this DiS scribe (and massive fanboy) isn’t convinced that anyone will ever out-do a Mogwai headline set, Phoenix promise to bring a massive dose of fun to proceedings. Their latest album Wolfgang Amadeus Phoenix was something of a sleeper hit, catapulting them, blinking and wide-eyed, to the spotlight after years at the fringes. Yet the proof is in the pudding, and we dare anyone with working facial muscles not to grin inanely at this fantastic video for a truly fantastic piece of pop music.

We’re also giddy with excitement at the prospect of catching Hypnotic Brass Ensemble in full effect, especially as 2009s self-titled LP was undeservedly overlooked. Live, they’re fluid, funky and seamlessly freeform. Not to be missed.

And of course, you don’t need to be told just how much fun LA’s premier distorted DIY punk duo No Age are live. Do you?

Caribou and These New Puritans represent two of the runaway successes of the year, with the former’s LP Swim representing a real shift for Dan Snaith to something more club friendly (witness the Mariana Trench deep groove that haunts ‘Odessa’) guaranteeing a set filled with new material that’ll move the crowd as much old material moves hearts.

These New Puritans provided a devastating opening salvo to 2010 with the post apocalyptic nightmare of Hidden. It’ll at the very least be interesting to see if they can translate all the thunderous orchestral bombast and offbeat J-Dilla percussion of their second album effectively into a festival set.

Flower-Corsano Duo are a delightfully surprising addition to a lineup which seems full of unexpected experimental gems. Mick Flower and Chris Corsano’s shredded mix of percussion and lapsteel-sitar is hypnotic and visceral in equal measure, and they’ve always impressed, confounded and dazzled live. Plus, we get to see if Chris has learnt any new tricks from his time on tour with new pysch supergroup Rangda.

Factory Floor promise similar levels of abstraction, with their murky industrial post-punk adding a dark edge to proceedings, and reports of their formidable live show have been making their way to our senses in increasing volume since their support slot with Liars earlier this year.

Rising stars Mount Kimbie arrive at Field Day riding on the crest of a wave of reviews lauding debut LP Crooks & Lovers, including our very own Si Truss. Their skeletal sketches and delicate rhythms, unencumbered by genre distinctions, should sound wonderful gracing the midsummer night air.

Kindred spirits Esben & The Witch should provide a similar dose of etherealism, Rachel Davies powerful tones conjuring up both Beth Gibbons and Kate Bush, and their reputation ones to watch is now firmly cemented. We’re hoping they pull out some covers akin to their spooky take on Kylie Minogue… how about making Lady Gaga as gothic as she makes herself look, guys?

Video: Esben & the Witch: 'Confide in Me'

Walls are another intriguing prospect, a collaboration of sorts involving a member of Banjo Or Freakout, yet promising the kind of euphoric krautrock ‘kosmiche’ revivalism that has reverberated throughout 2010. But maybe some things are best left to the veterans, and we’re champing at the bit to see Silver Apples resurrected sixties electronic psychedelia once more, as last time we saw the pioneering oscillators was at 2am at Portishead ATP, and we were too drunk to stand, let alone watch.

Of course, there’s plenty we’ve not mentioned here out of personal preference (DiS’ll be making its way to see both The Fall and Atlas Sound to see if we can work out what all the fuss is about), and for those less interested in the music, there is a wealth of activity around the site… be it tombola, hoopla or cabaret. Here’s praying the weather holds.