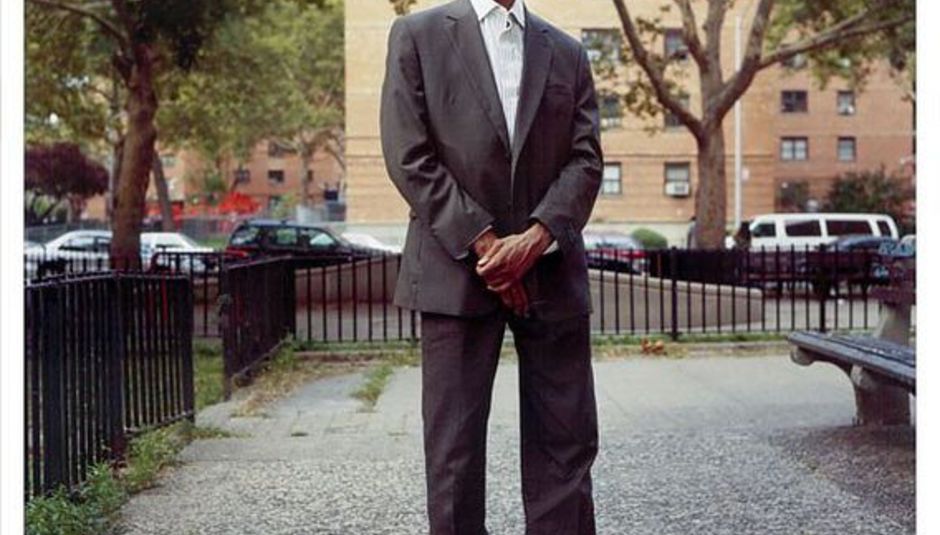 Tonight is my first visit to the regal (or should I say legal?) surroundings of Somerset House. Its normally majestically white walls have been bathed in a myriad of colours for this, another part of the Somerset House series. It’s maybe this enclosed court and the weary eyes of a Wednesday evening that lead me to initially think the imagination has been sapped from every pour of this setting. That subdued atmosphere is only affirmed as Mayer Hawthorne bounds on to, essentially, silence. Well, apart from his nonchalantly soulful backing track that is.

While it’s pretty likely that his work on record (i.e. when left to himself) is going to be some top-drawer soulful pop on this showing, there’s a lack of charisma on offer that means he struggles to connect to the crowd. The raggety rat pack of musicians can whip up any Motown groove tightly, but seemingly unenthusiastically - WHERE ARE THE SMILES?! For a dapper man such as he, who declares vehemently that ‘The Magic Word Is Fun’, it’s strange to see a complete lack of it amongst the crowd. There’s no doubting he should have fit the bill tonight perfectly, but as his biggest song makes me think – maybe it’s me who’s missing a trick here. Maybe this kind of soul should be what our lives at this very moment is about. Maybe this pastiche of the Wonder Years: The New Class is meant to teach me something new about music.

Maybe so, maybe no.

Besides, if one thing was to stick out from his performance, it’s the obvious anticipation for the elder statesmen of his art to show us all just how such feeling should be portrayed. Gil Scott-Heron’s recent history has encompassed a dramatic change in tack, with I’m New Here being lauded as one of the albums of the year so far. That can only mean that his crowd was bound to metamorphose to envelop a new generation, for better or for worse.

But as he walks onstage in his casual open collar and flat cap and opens with an introduction that is more a soliloquy of his recent tribulations (thanks Eyjafjallajokull!), as well as some sharp words towards those who had labeled the outpouring of emotions on that aforementioned album as him being “angry and upset” (“Let me tell you, when you get out of prison…the last feelings you have are being angry or upset”), he calmly sits behind his makeshift organ and proceeds to lull us all into a hypnotic warmth. And with Heron on his lonesome, it brings a new image of the man that once stood so staunchly as a key political figure within his musical world - vulnerability.

That’s by no means to say that his endeavours have led to this; it’s just that now his wisdom has superseded any need for activism. The allegories and tales he sings and speaks could be more prophetic than ever now, whatever they may be embedded in musically. ‘Winter In America’ and ‘We Almost Lost Detroit’ especially hold a new poignancy; the former’s tale of the seasons squabbling for time is aptly indicative of the position Heron is in himself now. The set is stripped back to a small percussive set up and some notable band members, but to say that he doesn’t thrive on his new found softness, as opposed to the full-blown efforts of his past, would be wrong.

What he honours throughout is that which brought him to where he is today. Those who were expecting those sometimes beat-heavy renditions from I’m New Here (OK, can’t discount myself here..) were to be disappointed. Apart from a very brief glimpse in the form of ‘I’ll Take Care Of You’, the set is a musical embodiment of the heritage that Heron has created, as well as the heritage that brought him here tonight. ‘Is That Jazz?’ is wonderfully prefaced with his ironically hilarious description of the formation of the word ‘jazz’ on the drug stained roads of a depressed New Orleans (“It came from the mixture of two types of music at the time: jizzum – and ass”), before the first real ‘freak-out’ of the evening comes in the form of ‘Pieces Of A Man’. Yes, it may juxtapose with the pretty relaxed atmosphere somewhat, but as Heron re-emerges with a smirk on his face and a “now that we’ve got your attention”, you can’t help but admire the scope and diversity on offer here – it’s just universal.

For a man so politically imbibed (despite his detachment from such a title), it’s hard to get past the fact that the struggle and statement he puts forward kind of falls on deaf ears tonight. Bu that is besides the point, as maybe that’s why he his demeanour is so much more relaxed these days. There’s just a new contentment that didn’t exist before. There certainly is in his performance, as he lets his band members let loose with their jazz leanings, no longer needing to be the ring leader and just left, at the back of stage, to continue to wonder in the beauty that surrounds him. Once ‘The Bottle’ (and it’s seemingly never ending percussion solo) brings things to a climax, you are warm. And THAT is what Gil Scott-Heron will always give to his others – that sense of belonging and understanding. Not a sense of arrogance in sight, just a level of self-satisfaction that all can see and all, after tonight, will want.