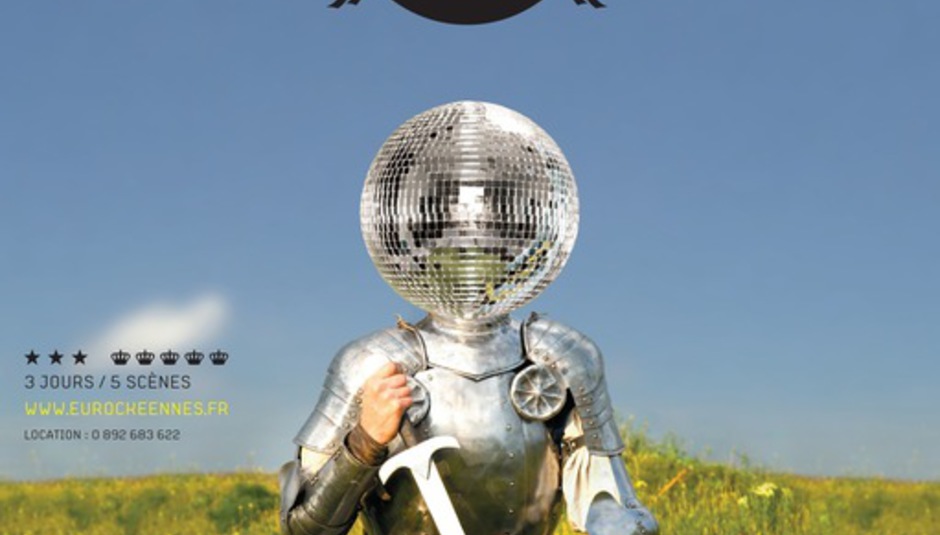 The first thing I notice about Les Eurocks, which I will master pronouncing by the end of the weekend, is that it is hot. Beyonce Knowles, blistering levels of hotness. And this makes me realise that however flimsy my flimsies, and scant my scanties, the things I have packed are not nearly flimsy or scanty enough. But I am not a devil-may-care trollop, so I opt for a look that is best described as ‘sticky but honourable’ - as is the British way.

On the way from the airport, our hosts tell us how Mr. Jay-Z will be bringing an 85-person entourage which may, or may not, include The Wife. We also learn that the Jigganaut has a 40-page rider, and how it stipulates white wine for the ladies, and vodka for the mens. Also a webcam, as Mr. Z sometimes gets homesick and likes to look at his massive house. I feel like squealing, so I do.

The second thing I notice about Les Eurocks, is that the site itself is a peach, as this dreamy picture by DiS’ very own Mr. Gary Wolstenholme will attest: There are lakes and jetties and trees to shelter under. And there are pints and pints of Desperados beer waiting to be drunked. It is apparently flavoured with tequila but it tastes like it has mango in it, in a nice way. And so we drink it, by a lake, while boats collect people and deliver them to the arena. The sun bounces off the water and the whole thing is quite utter.

But onto the bands. And we will start with a French one, called Wankin’ Noodles. They are young, hot and skinny like all the best beat combos, and the lead singer is doing the universal hand gesture for ‘woo, sex’ by taking his finger from the corner of his mouth and dragging it all the way down his neck. They are brushed with pop, new wave and larks, all their songs are Proper Instant. The only distraction is the stage-side sound man, who has no top on.

This ends up being quite like when newsreaders posit saucily how they wear no trousers under their desk. And I wonder if the sound man is completely naked - or, what with this being sexy France - if EVERYONE BACKSTAGE IS NAKED. All the while, the drummer makes the shape of an ‘o’ with his mouth, and he drums with rugger anger as the Noodles sing happily how ‘we are the wankers’ and also what sounds like ‘We are the winners of the penis club’. Essentially they have verve in buckets, and at the signing tent afterwards I am proposed to by not one, but two of them: And no, I did not hesitate before including that photo. Because I am abominable like that. Also, one takes what one can get when one is approximately 73837656 years older than the bands one is pashing on.

By the time the Dead Weather come on, I am sitting in the signing tent awaiting Foals, because in a moment of madness we have decided to offer them a ‘meat marble’. This is a delicious sausage-based snack the boys in our party appear to be living on. But all I can hear is dischordant noise, intros that do not go anywhere; endless noodle. ‘Pah! The Dead Weather! You are rubbish!’ I exclaim, only to realise that in fact we are listening to Filiamotsa, who are described in the programme as ‘Psychedélique, Expérimental’. So it is alright, The Dead Weather, you are forgiven.

By the time Yannis et al arrive to sign lanyards for breathless fans (they are very, very late, which is very, very naughty) our meat fancies have passed, and I am too scared to offer them a snack. In any event, they are now quite sweaty because it is still monstrous hot. Ick.

Next up are Chromeo, on the ‘plage’ stage, which is French for ‘beach’. And it is fair to say that the sensation of having sand between one’s toes while one watches two men with ladyleg keyboards (lit from within!), is really quite bon. But the sound is not right, and it seems like they don’t hit their stride until the sun goes down. But when it does - and when all the red and pink rays start to make the water look even more darling and inviting; and as the glow from their ladyleg keyboards gets brighter; they finally win me over and it is very definitely quite chouette.

Foals have the benefit of being first to play in the dark, as well as having rather a lot of first-day, let’s-avvit, good will behind them. ‘Total Life Forever’ benefits from the fact that one can hear and appreciate every single plinky plonk, and the tinniness of the sound system rather becomes their sound. They are all treble and no bass; all rinky dink finger picking. And everyone in the crowd does those rubbish mass-clapalongs, even though it seems odd to do this to a band like Foals.

We then dawdle down to Charlotte Gainsbourg, playing in the Chapiteau tent, which is aircraft hanger huge. She is wearing black jeans, a faded white t-shirt and a becoming waistcoat. And she looks exactly as you would expect; all that lovely innocence still radiating from her lost little face, approaching the microphone as if it might bite. The tragedy of it all is, we can’t hactually hear her. She really is lost in the mix, and moves about as if strangely unmoved by both her own music and the crowd. It is disappointing, and perhaps this is why lots of people leave the tent. Which we do too, in order to have a quick gander at the glories of Hot Chip. I hear them play 'I Feel Better' and feel as I always do when I see Hot Chip. I want to have a bundle with them, I want to bellow about how wonderfully proud they make me.

And then, all-a-sudden, it is time for Jay-Z. And we are stood in the crowd, talking to some chaps from Castle Bromwich who have come to see Kasabian and are on a stag do and yet are not awfuls, they are charm and mirth personified. There is a countdown from 10 minutes, and it adds to the air of Something Amazing Is About To Happen. And happen it does, it is all drama and AIIIIEEEE I CAN'T WAIT IT HURTS TO WAIT until he finally bounds on stage in his sunnies, visuals of dials beaming out in red and black; the colours of brilliant. And the thing is, for all my boundless enthusiasm for modern music, when you see cats like this, you remember there is Another Level. There really are stars, and if they were on a ladder, people like Jay would be so far above everyone else, you could not see their knickers.

At this point one of the chaps from Castle Bromwich tells me, grinning, how it is ‘Not as good as Robbie Williams’ but he knows, and I know this is japes; a lie. Jay-Z is staggering, even ‘Empire State Of Mind’ which I do not like, is oddly moving. And he does ‘Hard Knock Life’ which is my favourite. And ‘December 4th’ almost makes me cry, it is so good. My skin prickles, he is The Commander Of Everything, and despite my inelegant shouts for him to ‘BRING OUT THE WIIIIIIFE!’ there is no Bouncy. But it doesn’t matter. This is A SHOW.

So there you have it, Day 'Un'. It was wicked. Just don’t ask me about Missy Elliott.


Gary Wolstenholme's delightful photograms of Day One are here