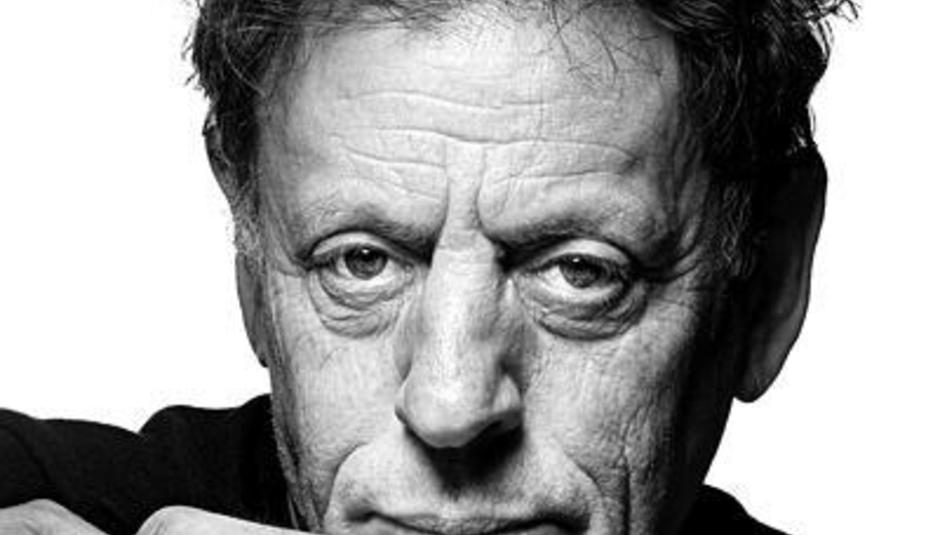 Yannis: How do you feel about the technological advances in the dissemination of music? Do you see it as having a detrimental effect in people's appreciation and attention to music? Has it become commodified to the nth degree?

PG: I think the result is going to be very beneficial. There are difficulties as technology changes and part of the music world is starting to adapt to a new way of working. But what technological advances will allow us (musicians) to do is to have much more access to the public without going through large bureaucracies like record companies, or even orchestra and opera houses which more or less control the doorway through which music can pass. That's how it's always been.

Now composers can produce records very easily, and can market them and make them very available through the internet. The kind of permissions that artists have had to wait for in the past have become irrelevant. So in the end, I think we'll see much more variety and creativity in the arc in general; it's happening all over. Suddenly you become aware of all the other people who are trying to do what you're doing, and though you can make your music more available on the internet, you are putting it into a huge sea of good and bad quality.

There'll be more choices, and less of a sense of guidance as to what to listen to. But I'm not sure that such guiding forces were such a great thing to begin with - very often the people who were guiding the public were misguided themselves. I think people are just going to have to become accustomed to sorting through all there is to listen to and look at themselves, to a degree.

Y: Are you happy to work within the inherited parameters of symphonic music or do you still push outward? What particular challenges are there for you in working within a defined structure?

PG: Well I enjoy very much working within the world of symphonic music, and I also like to do other things as well, so I don't find that these are either/or decisions that I have to make; it just doesn't work that way. Basically, when things are available and interesting, we do them. I'm working on two new symphonies in the next two years which will be for traditional orchestras so maybe a little larger than usual. I will also be working with more film work. I am not limited to one group of musicians at any one time. I'm working with synthesised sounds also.

Y: Do you tend to be approached by film projects rather than the other way round?

PG: Yeah they tend to come from the outside; right now I'm working on a film score for a film about the re-construction of Ground Zero. It wasn't my idea, I was approached and found it very appealing and interesting.

Y: As you're aware, Arthur Russell's legacy has grown deservedly over the past few years. What was your connection with him and what attracted you to him as a cellist and musician in general?

PG: He was just young guy, what I liked about him was his raw talent. He was gifted. He was ado, in a certain way. He was working and playing in New York's alternative spaces, and it came to a point where I'd leave him playing around at the studio recording all night long. I totally believed in his talent, and I thought I could give him a place to work. Hours and hours of material came out of that space.

Like him are a lot of incredible new artists and composers that I am around at the studio. There's several music venues and organisations such as the Bang on the Can group and Music of the Anthology in New York. I've worked with individuals from theatre groups like the Wooster Group, and was the founding member of another theatre company. With all of these collectives, we all knew each other very well and attended each other's work. I worked with Richard Foreman also which was great.

Y: Minimalist stylings and aesthetics have become assimilated within the cultural landscape; was there an ambition personally and amongst yr peers to become part of the canon, to tear it down, or neither? Is it pleasurable to see a language you invented become co-opted and aped by the wider musical community?

PG: I was never interested in minimalism, so no. I'm always interested in what people are doing that has nothing to do with that. Similarly, I'm not interested in people imitating what we did 30 years ago; what's interesting about that? It's not creative.

Y: In the creating of scores for film, in particular Koyaanisqatsi and The Hours, how much does the visual language affect yr method of writing?

PG: The visuals have a big impact on the way I write. I've long worked in collaboration with visual language; not only film but any time you're working with opera or dance too. Whenever there's movement on the stage, or image on the screen, I'm interacting with that. It's become very common for me to involve image, almost three quarters of it really. Allowing the image to enter the process of making music is a large part of the fun for me.

Y: Is there a particular piece of work you feel completely satisfied with? Do you create through a process of dissatisfaction or self-criticism? Has the hunger to create lessened or changed over time?

PG: I think it includes the scores for Koyaanisqatsi (Godrey Reggio, 1981-1982) and Powaqqatsi (1988), they were both very beautiful films. I also think Kundun, that Martin Scorsese did, was a beautiful works. I worked with another person, Errol Morris. These are just filmmakers whose work I felt very close to and I think I did some of my best work for.

In terms of dissatisfaction or self-criticism, I don't really work in a negative environment or way at all. As I get older the hunger to create becomes more pervasive in my life. I find that often when I finish a piece I am so disappointed it's over that I have to start another piece, so the real joy for me is the actual writing. Then of course the production process is interesting and in particular, seeing how my work can fit with a film. I think one of the reasons I've produced so much work is because I've enjoyed the moment of writing so much that when it's gone I feel so let down that I immediately start another piece!

Y: Does the thrill of performing contrast heavily to that of the writing?

PG: Yes they are so very different. There's a lot to be done as a performer. I did a concert of piano music from The Hours just last night at Yale University and I found that it was a very strong concert due to the state of mind I seemed to be in as a performer. Having a technical command of the music means I was able to use that as the basis for, let's see, an interpretive mood if you will. One which sustained me through 90 minutes - it was a very long, sustained experience. An experience that can only come from performing.

In Dublin it's a solo show again that may be similar to that of last night. In Edinburgh, I will be working with a small ensemble; Wendy Stutter is a cellist and Mick Rossi a percussionist. We've developed a programme of chamber music of mine and I like to play with these people very much. It's a very intimate and romantic experience. It's a concert that people seem to like very much, despite the changes we've made over the years.

You can see Philip Glass in Dublin tonight, Edinburgh tomorrow and London and Cork next week - click here for all forthcoming dates.